Stars in Your Pocket

Why do so many people freeze up and quit? 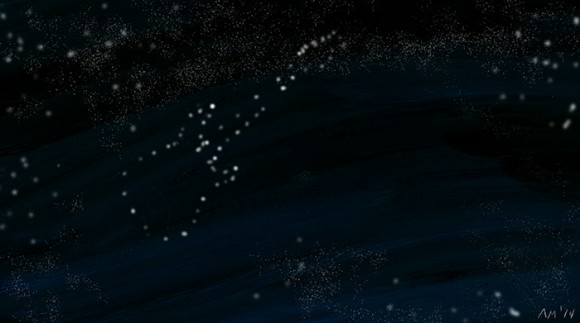 I hear this sad refrain from so many different voices: “You make comics? You make music? I always wanted to do that.”

I first saw Lynda Barry’s comic strip “Two Questions” in the Chris Ware–edited 2004 comics anthology issue of McSweeney’s, which destroyed many of my preconceptions about what comics could be. In “Two Questions,” Lynda draws herself hunched over a drawing table, having lost the pleasure for drawing and storytelling that shone so clearly in her work. The two questions, “Is this good? Does this suck?” hang over her, a self-made Sword of Damocles: 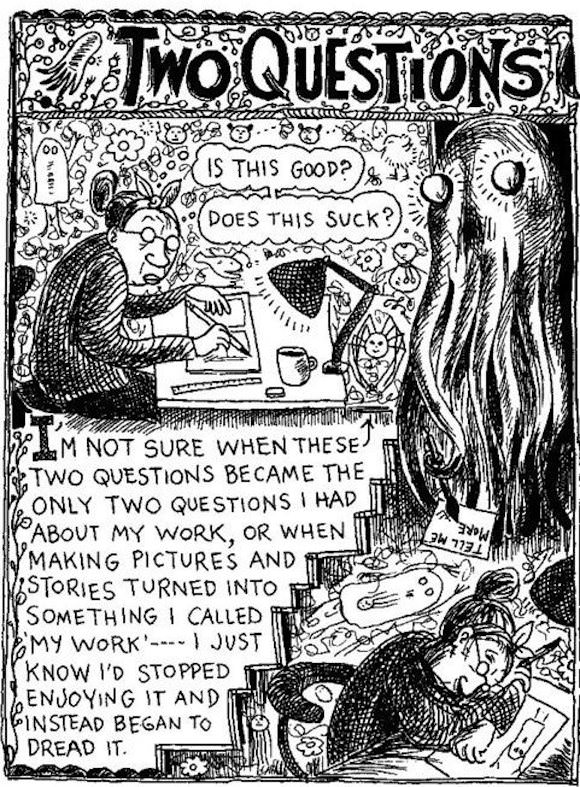 The first panel from Lynda Barry’s “Two Questions,” which appears in McSweeney’s, Issue 13 and Lynda’s book, What It Is.

In her magical, collage-heavy book about writing, What It Is, Lynda writes, “When I was little, I noticed that making lines on paper gave me a certain floating feeling. It made me feel like I was both there and not there. The lines and the picture made a story. I wasn’t the only kid it happened to. Every kid I knew could do it.”

I saw Lynda talk at the School of the Art Institute in Chicago in November 2011, back when I lived in Chicago’s West Rogers Park neighborhood. Lynda began by talking about singing, and how it brings a change in your body. She sang to tell the audience about herself, in a sad country song lilt:

I was born a meat cutter’s daughter
My mom is from the Philippines, she was a janitor
I ate TV dinners at night
I grew up by the TV light
While Dad drank vodka in the basement and Mom hollered

She started a 2012 lecture for INKtalks with the same song:

When I heard Lynda speak, she pointed out that we all seem to know that any kid can make up a story, sing, draw, and write, and that we call it “play.” We also assume, she said, that it would seriously screw up a kid to keep them from playing. So, she asked, as we grow up and stop making up stories, singing, drawing, and writing, what does that do to us? What does it do to our brains?