Sick of It All

When my mom got breast cancer, I wanted to do anything I could to make her feel better. 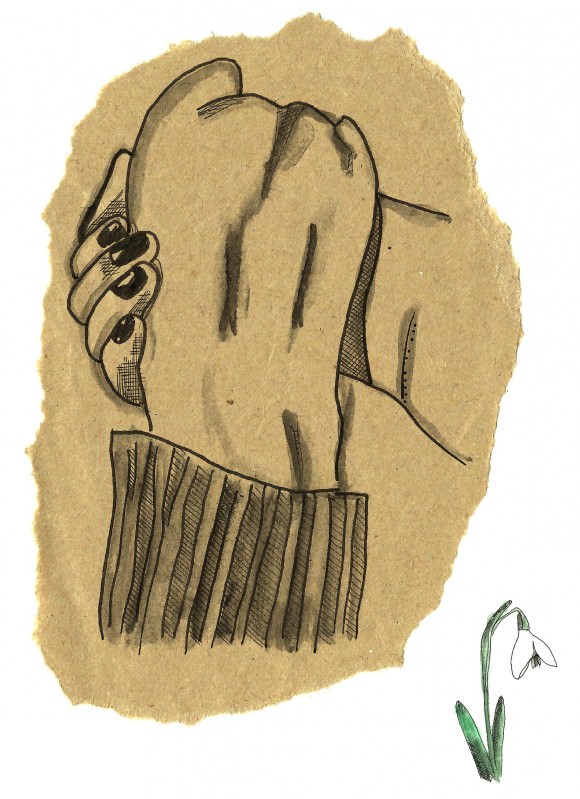 As a teenager, I sometimes heard statistics about cancer on the news—one in five people, etc. I hypothetically applied them to my own life, counting my closest friends and family members and figuring out how many of us could be at risk. So I understood that at some point, it would become a reality for me, as it does for almost everyone. What isn’t specified in those matter-of-fact, quantifiable sound bites is how you actually deal with it when your own mother is diagnosed, as I found out at 19. I still can’t tell you how my mum felt as she went through it herself, but I can tell you how it felt to be her daughter.

I met my mum on April 24, 1994. From then on, I saw her practically every day of my life. I could not have asked for better care: I was fed and clothed, and I grew up mostly unrestricted from the things that brought me pleasure. Mum read to me before bed, then bought me books to read myself. She instilled me with a love of books which led me to pursue writing, and she never discouraged my career aspirations or scoffed at any of my other dreams. She was supportive of every new, outlandish plan (detective, actor, dancer, psychologist), as if I were perfectly capable of anything. Last year, I moved to a college in a different city to study English. Mum drove me and my belongings the 130 miles in order to move me into my first home without her. I cried like a baby, but I was not a baby anymore.

Just before my 20th birthday that first year at school, Mum had a routine mammogram, and a small growth was found in her breast. About a month later, we found out it was cancerous. The way she relayed the diagnosis to me made everything seem relatively calm. This might have been because of the physical distance between me and my family—Mum didn’t have to divulge every medical detail. In bits and pieces of phone conversations, Mum’s faraway, fuzzy voice reassured me that the lump was small—that she was fine, and taking it in stride. She repeated her doctor’s comments, telling me how they could barely see the growth. Small, we thought, meant medically easier to deal with. The first step was an operation to have the growth removed and studied, as she told me before we changed the topic and talked about my life at school.

The growth and the operation were not yet associated with cancer, and were therefore minor. When we found out it was cancerous, Mum reassured me again that she would only need radiotherapy, a treatment that involves focusing beams of radiation at the body in order to damage the DNA of cancer cells. It is painless and has few side effects. Everything changed after another phone call at the end of that May, though. Mum told me that she would need not just radiotherapy, but months of chemotherapy, as well. We knew that this was a much harsher treatment: Chemo involves a lot of painful medications, hospital visits, and blood tests, and its impact on the patient varies depending on each person and the stage of their cancer. For some people, it’s basically a poison and takes a huge physical toll on them, and the list of side effects is long and scary. This process, for Mum, would finish just before Christmas. It was just becoming beastly hot outside as we spoke. I couldn’t feel even a stray cool breeze in the stuffy student halls, let alone envision the winter, but Mum’s final diagnosis hit me like a blast of cold wind.

For the first time, I heard Mum struggle to answer when I asked if she would lose her hair. I couldn’t see her face, but I knew she was trying not to cry. She said yes, and it sounded as if it hurt, like she was sorry for something she couldn’t possibly help. At that point, that was the limit of our understanding of chemo—we didn’t know much of what else it entailed, but we knew it wasn’t minor anymore. I can’t remember what we said to try and make ourselves feel better. The tangible fact of hair loss hit me hard. After we said goodbye, I cried and cried on my best friend Emily’s bed while she held my leg. In some ways, it was a relief to keep my distance till the end of the semester, but I also felt the weight of not being there for Mum’s first treatment. It was an otherwise normal Saturday until I talked to my Dad about how everything had gone. He told me that she was sick and sleeping all day, and it really scared me.

It took a while for me to accept what was happening. My fellow Rookie staffer Brodie, whose mum has also had cancer, says a similar thing—that “it felt surreal.” She told me this in one of a few conversations we had on Facebook during the early stages of Mum’s diagnosis and treatment. When I read through them now, I wrote things down that I had either forgotten or blocked out: I regularly cried without shame on the train because I thought I should be allowed to—that if anyone around me knew the reason my face was red and wet, they would understand. I was frustrated by the lack of resources for someone like me, or my brother, or any child of anyone with cancer. I saw posters promoting breast cancer research and awareness everywhere that, ironically, I hadn’t consciously noticed before, but where was anything showing me what it was actually like? I was scared of my parent’s illness, and I didn’t see any of that fear represented in the world around me—especially not in those obnoxious pink flyers. As Brodie also said, “Awareness is great, but without practical help, you grow to resent it.” And if no one could help me in functional ways, I needed to see and know that other people had been through the feelings Mum and I had. Pictures of survival were pleasant, but I wanted confirmation of the suffering, too. I understand that it’s not fun to dwell on cancer. Morbid posters covering train stations and bus stops probably wouldn’t be very popular! But since just talking to one person who knew how I was feeling helped me, I want to convey, with similar honesty, what it’s like to find out your Mum has cancer, not be able to make her better, and watch her go through painful and drawn-out chemotherapy: absolutely horrible. It is shit, complete and utter shit. And I had to accept that it was shit and there was no way it wasn’t going to be shit—it just was, and that was that. And it was going to get way worse before it got better.