Plus: coming of age books for girls, the problem with “quirky,” and haute couture fashion for daysss. 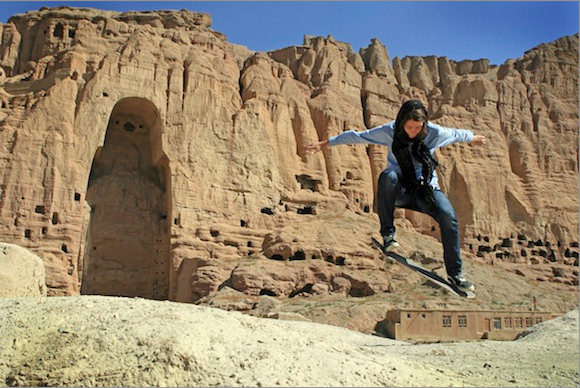 I swooned over these pictures of girls RIPPING IT UP at Skateistan, a nonprofit skateboarding school with two locations in Afghanistan. Don’t they look like they are having the most fun ever?? 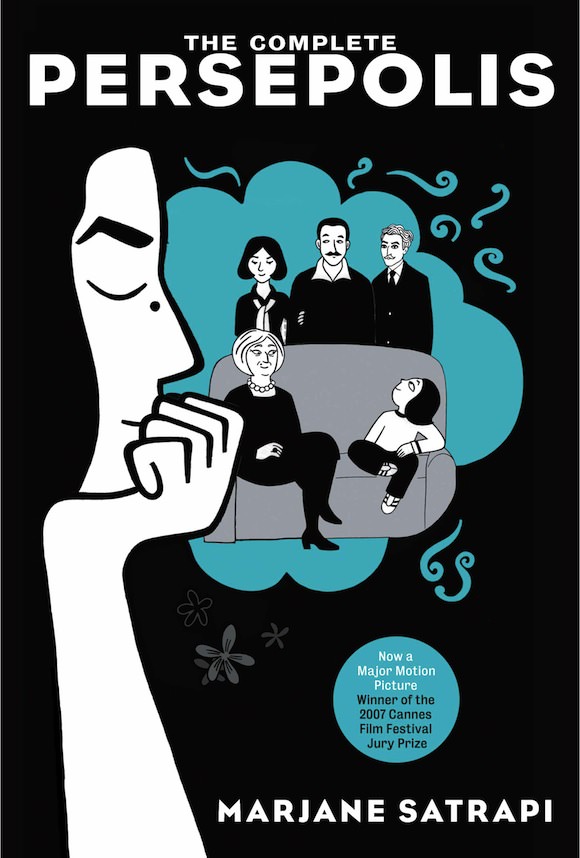 Recently I was messaging with a bunch of friends about our personal canons; or, the books we think everyone “should” read. There were lots of good suggestions, and then Jenny Zhang stepped in to drop some major wisdom:

I kinda think the concept of a canon should be be imploded and burned, and the ashes discarded so that new ideas can rise without the ghosts of the yawns and brutes that came before it. In the new concept of a canon I would include my mom’s emails in broken English, and everyone’s canon would be a mix of public heroes of arts and letters and their own intimate esoteric sources culled from blood memory, family, friends, and found family!

I thought of Jenny’s words when I came across this “girl canon,” a list of coming-of-age books for girls (including Marjane Satrapi’s Persepolis), compiled by Flavorwire. It’s not a perfect list; there are plenty of books on here that I would strike if I could. But no list will ever be perfect, because it isn’t MY list—only I can write that one. I think of these books as jumping off points, a series of doors in a long hallway, each one leading to another universe of possibility in which every girl gets her own private canon. 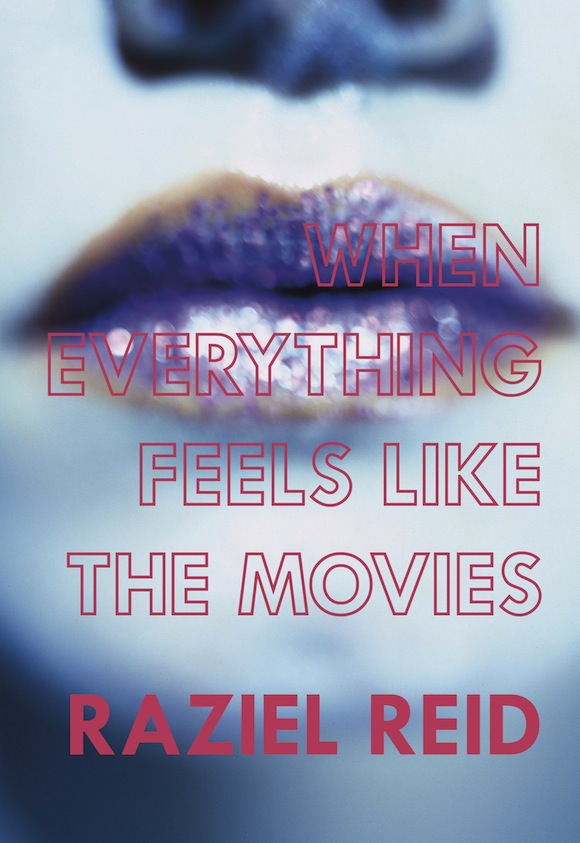 When Everything Feels Like the Movies is a young adult novel by Raziel Reid. It explores queerness and sexuality, and was recently awarded a prestigious prize by the Canada Council for the Arts. The novel has been under attack, with some people accusing it of exploring “vulgar” themes, and a children’s book author has started a petition calling for the government to revoke the prize. Watch Anna Fitzpatrick perform a close reading of When Everything Feels Like the Movies, to accompany this National Post piece. The piece addresses the history of Raziel Reid’s story, and the importance of this book. Maybe my favorite part of Anna’s video is when she signs off with, “Oh and there’s a lot of sex in it.” 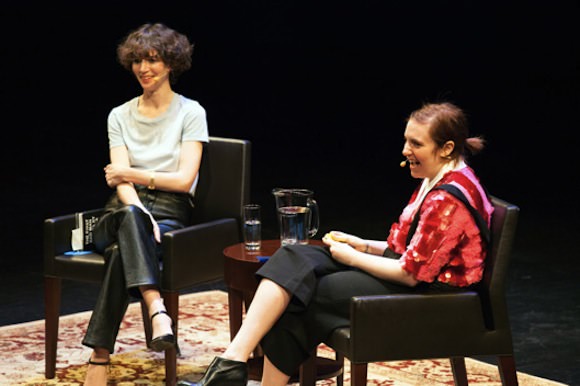 Miranda July has published a new book called The First Bad Man, and as part of her book tour, she is having epic conversations about it. In New York, she spoke with Lena Dunham, and in Toronto, with Sheila Heti. For those who couldn’t attend either of those events, New York magazine published a summary of some of the great parts from Lena Dunham and Miranda July’s conversation. I love that they addressed how lazy and infuriating a descriptor the word “quirky” is, particularly when applied to literary fiction written by women. Also: here is a slideshow of a bunch of Miranda July fans looking cute! 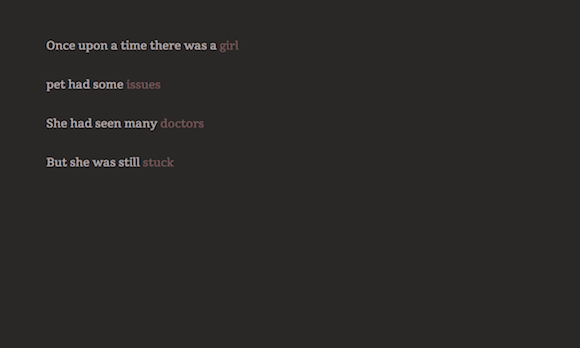 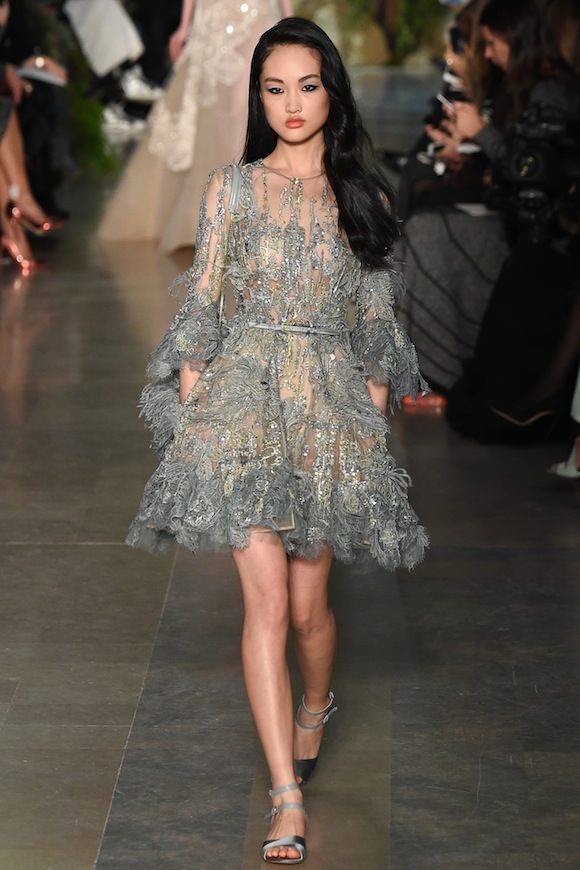 This week, fashion designers showed off their latest bespoke creations at haute couture fashion week in Paris. It’s an exciting time of year, because haute couture is so marvelous and grand, and a celebration of the finest technical work in conceptual clothing. Couture gowns can take weeks to make! Often, you can’t get a sense of the level of craftsmanship involved in making these clothes by looking at the runway photos, which is why I love checking out close-up and backstage images. Here are a couple of my favorite collections (though they are all worth browsing for serious eye candy): 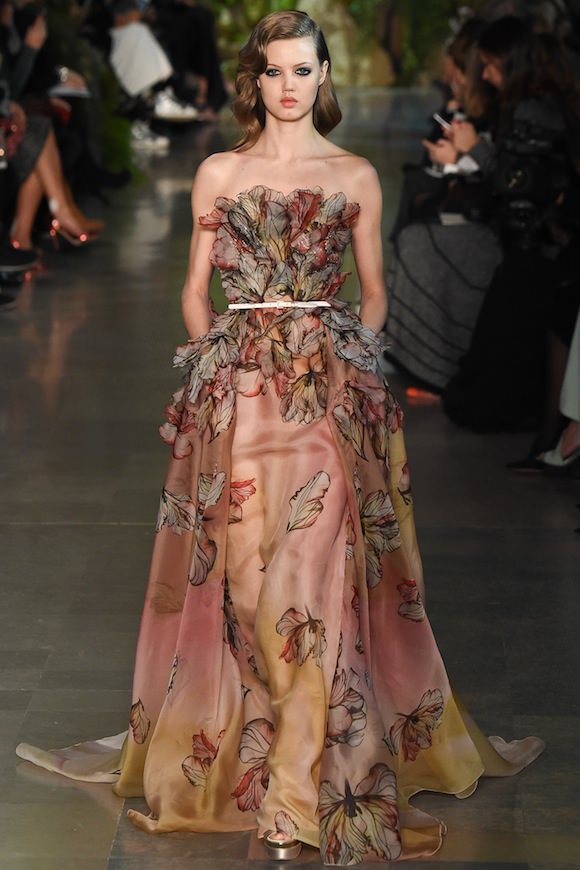 Elie Saab’s gowns are fairytale concoctions: they make me think of the Cocteau Twins, and princesses, and castles in the sky. For Saab’s latest collection, he turned to his childhood in Lebanon for inspiration in the form of classic 1960s silhouettes. The finale gown, worn by Lindsey Wixon, looks like a bundle of plastic flowers from a vintage store. I’m pretty sure my grandma may have actually owned a couch with that print—it looks way, way better on a dress than I would have imagined! 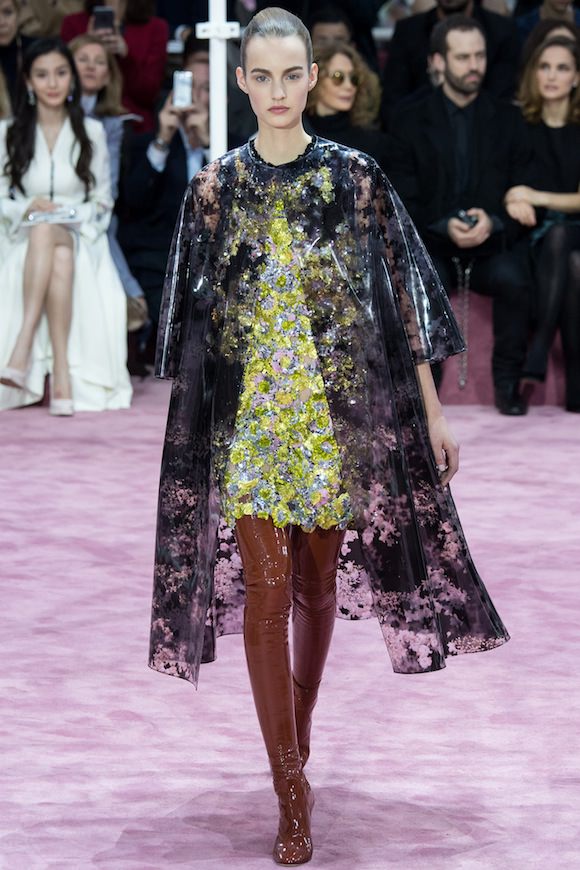 The masterful designer Raf Simons is the reason I became interested in fashion. I was obsessed with his erudite collections for Jil Sander, and his youthful post-punk menswear. For his most recent collection at Dior, his references include Kraftwerk and outer space. Simons was inspired by David Bowie’s constant mutability—the looks are full-on glam, tuxedo chic. This collection is a total disco party, in the most refined way possible. I especially loved the strapless pantsuits and dresses: they make me want to dance at Studio 54 to Donna Summer!

Jefre Cantu-Ledesma’s new music video for the single “Love After Love” is a strobing work of art backed by brutalist noise, and I’ve watched it at least half a dozen times already. Drone music has never been the most approachable music: It shuns pop melodies and words and is entirely process-driven. But there’s a certain softness to Jefre Cantu-Ledesma’s work that I find so appealing. For me, this music is the sound of content sighs and letting go. The single is taken from A Year With 13 Moons, Cantu-Ledesma’s new album which, will be released later this spring. I can already tell it will be one of my favorites for the year. 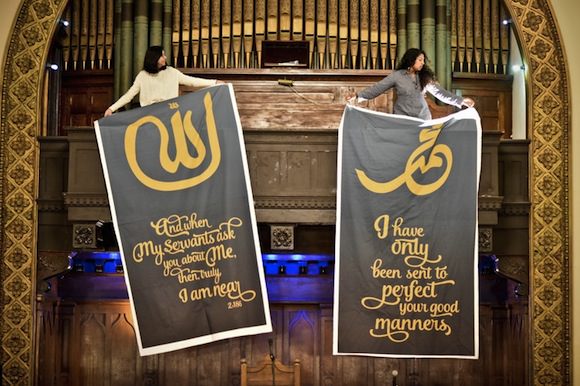 Via the Wall Street Journal.

Hasna Maznavi and Sana Muttalib, two Muslim women, have created a women’s-only mosque in Los Angeles. This story made me smile—it’s always exciting to read stories about women doing it for themselves, and creating new spaces. According to the article, theirs is the first woman-only mosque in the history of the United States.

It’s not easy to be a weatherperson. Unlike news anchors—who usually read a script from a teleprompter—the weatherperson is looking off camera at another screen which displays whatever they’re supposed to be looking at, while gesticulating at approximate locations. This leaves a lot of room for things to go wrong. Arizona’s temperature is hot (it’s in the desert!), but not hellish. When a computer in Phoenix, Arizona, glitched out and sent temperatures soaring, this weather man held it down like none other, saying: “I’m not your dad, but I would get out while you still can.” 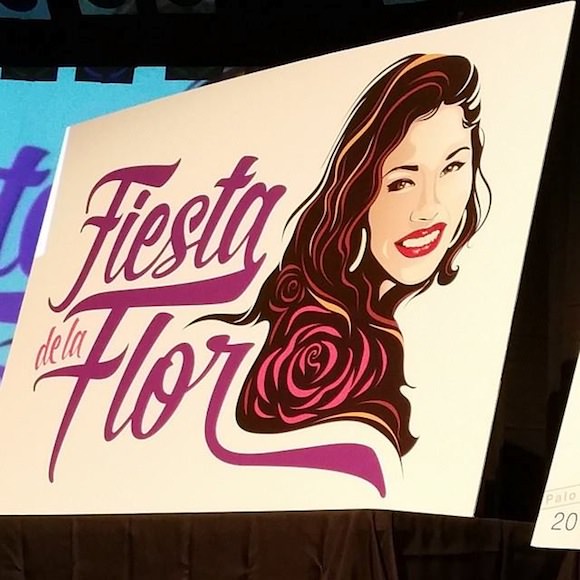 The town where Latina pop star Selena grew up will hold a two-day festival in her honor. Corpus Christi, Texas, will be THE PLACE TO BE come April 17. Festival organizers hope to attract 50,000 fans with a Selena play, outdoor screenings of the Jennifer Lopez biopic, and tons of live music. 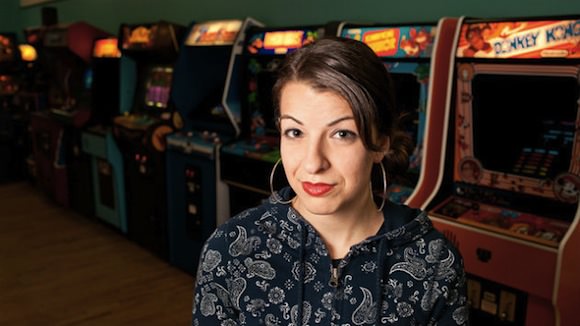 Video game guru and feminist Anita Sarkeesian published a list of the threatening sexist tweets she receives. The list included 157 instances of written abuse, and here’s the thing: They were sent to her in the course of a single week. Here’s to the day when social networks will be more proactive about taking online abusers to task.

I know this McSweeney’s listicle is a parody of the discrimination that women face on the job, but honestly I had a couple “Ah ha!” moments while I was reading it. I’ve definitely had bosses say some of these things to me. I guess sometimes it takes a comedic article to help you realize that you’ve been on the receiving end of a bunch of sexist malarky. ♦