Plus: Björk’s new album, a year’s worth of feminist YA fiction, and the X-Files reboot that might actually happen! 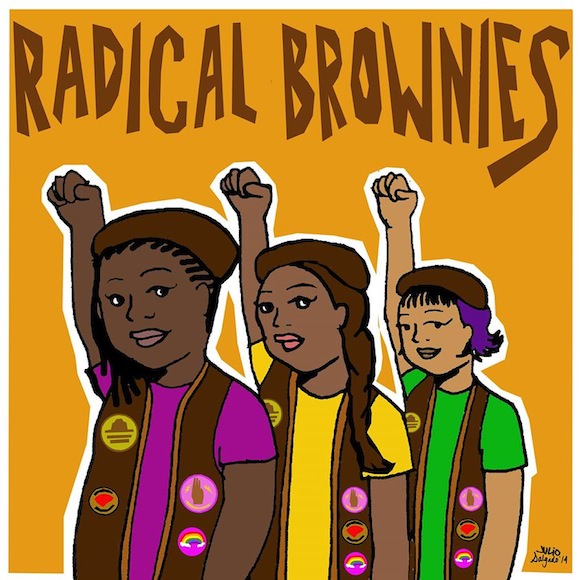 As a third-generation Girl Scout, my nostalgic heart sings when cookiepreneurs start their sales each year. I recently searched my friend network on Facebook for “Girl Scout Cookies” and stumbled across an article about the Radical Brownies from the San Francisco Bay Area. Unlike my Girl Scout troop’s horseback riding lessons, rope-knotting sessions, and roller-derby fundraisers, these eight to 12-year-old scouts of color focus on social justice movement building and how to be LGBT allies. Anayvette Martinez and Marilyn Hollinquest created the first troop in Oakland, and they’ve said that they want their organization—which isn’t affiliated with the Girl Scouts of America—to expand to more chapters.

Girl Scouting taught me solid organizational leadership skills (and how to survive in the woods), but some of my first exposure to racism came from my experiences of alienation within my mostly white troop. I’m glad that these girls will probably never have to experience what I did when my white troop leader scolded me for asking why all of the makeup at our health and beauty workshop was made for white skin. Their Radical Beauty badge makes me hopeful that their leaders will value and honor their opinions and their real-life needs.
Nova 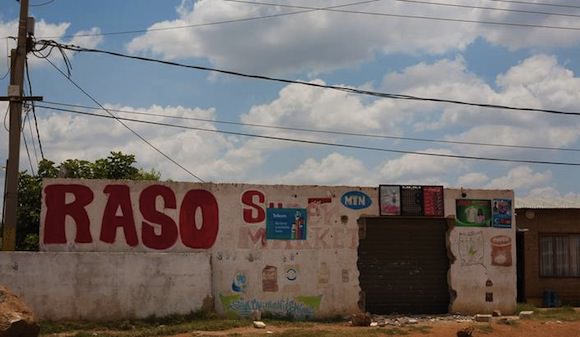 14-year-old Siphiwe Mahori died this week during riots in Soweto, Johannesburg while he was running errands for his mother. Poverty, overpopulation, drug addiction, and youth unemployment all reached boiling point this week, and people’s frustrations raged into misguided violence, xenophobic attacks, looting, and the loss of a life. Although I think his attackers should be held accountable, I’m also reminded of what Dr. Martin Luther King, Jr. once said: “a riot is the language of the unheard.” Soweto is where my mother grew up, and it hurts to see how deeply scarred South Africa is by its history, and that the poor are still so disenfranchised. I’m mad that this is what it has come to, again, as if the xenophobic attacks of 2008 were not traumatic and destructive enough. Rest in peace, Siphiwe Mahori.
Stephanie K. 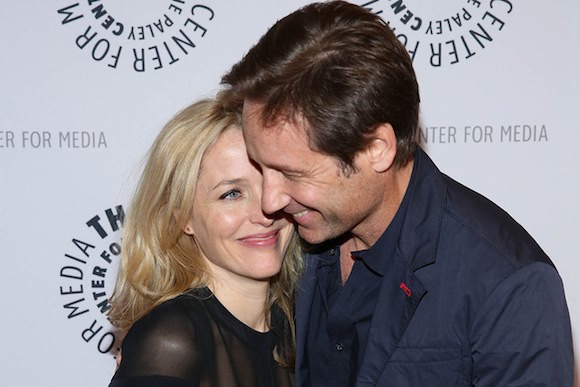 I’m absolutely OVER THE MOON that Fox is talking very seriously about an X-Files reboot, and the stars, Gillian Anderson and David Duchovny, are both on board. Gillian is so psyched about the idea that she expressed her joy by cursing on a recent Nerdist podcast. I get nervous about reboots, especially of shows so near and dear to my heart. But my love for Mulder and Scully outweighs my reservations. If they’re coming back to seek the truth about aliens and government conspiracies that IS out there, then I will be there, believing. 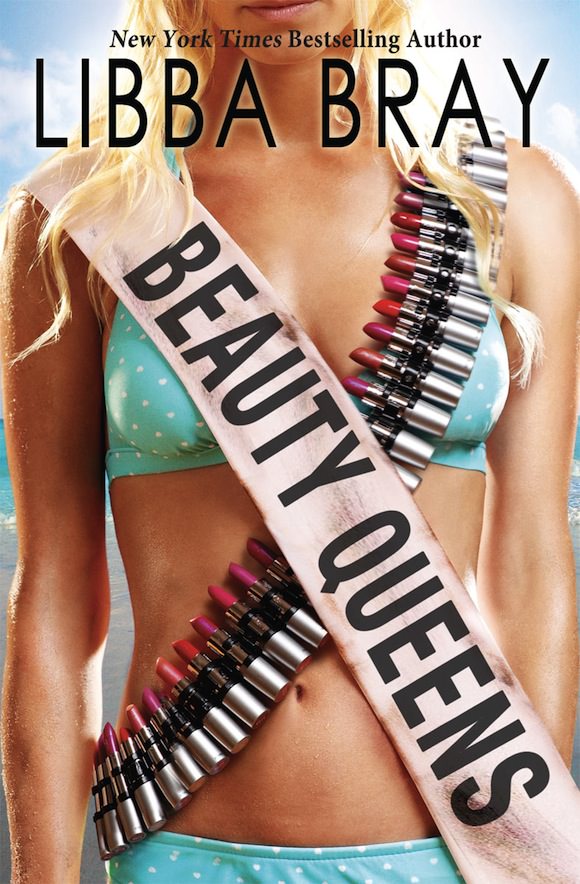 I was stoked to learn that BookRiot has proclaimed 2015 the year of the feminist YA novel! Kelly Jensen, the author of the piece, writes:

That’s not an indictment against any other YA years, nor any of the amazing feminist novels that came before. Rather, 2015 is the year when keeping track of feminist novels becomes hard because they are abundant. Because they’re going to change the course of conversation.

Jensen has put together a list of titles to keep an eye out for this year. This includes some YA reads which have already been released—Malinda Lo’s books and Beauty Queens by Libba Bray are among my personal faves, and I was thrilled to see the Rookie Yearbooks get a shoutout. I’m currently reading The Walls Around Us by Nova Ren Suma, and it’s just as powerful as Jensen says it is. I’m excited to check out all of these books, and glad to see that genres including historical, contemporary, and fantasy are all represented, so that every kind of book lover will find something for them.
Derica 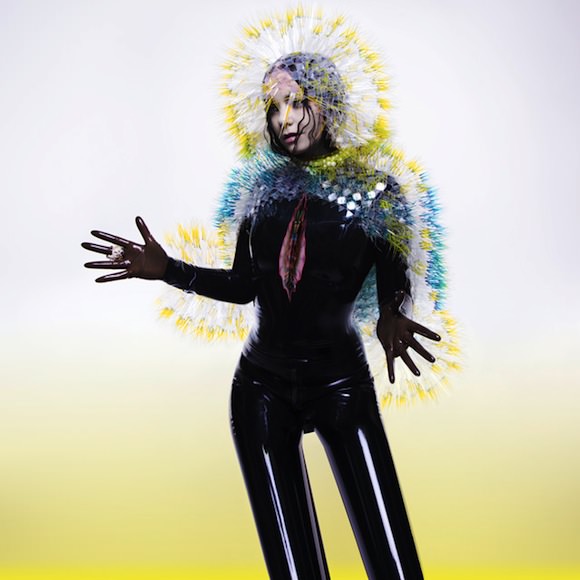 Jessica Hopper interviewed Björk about the making of Vulnicura, her latest album, and it is brilliant. During their conversation, Björk opens up about how female authorship and technical expertise is often glossed over, especially when it comes to production credits. She talks about the time she encouraged M.I.A. to challenge the assumption that only men can do the “technical stuff” like making beats, by providing visual documentation of her practice. She’s basically like, Women: Look at this picture of Missy Elliott behind the mixing desk in the studio and TAKE HEART:

I want to support young girls who are in their 20s now and tell them: You’re not just imagining things. It’s tough. Everything that a guy says once, you have to say five times. Girls now are also faced with different problems. I’ve been guilty of one thing: After being the only girl in bands for 10 years, I learned—the hard way—that if I was going to get my ideas through, I was going to have to pretend that they—men—had the ideas. I became really good at this and I don’t even notice it myself. I don’t really have an ego. I’m not that bothered. I just want the whole thing to be good. And I’m not saying one bad thing about the guys who were with me in the bands, because they’re all amazing and creative, and they’re doing incredible things now. But I come from a generation where that was the only way to get things done.

Pretty much everything that Björk says affirms the labor performed by women who make things, and women who are holding it down in other ways, especially where that work has been made invisible or devalued. The questions are pitch-perfect, confirming my belief that female journalists need to be given the space and opportunity to interview women artists basically ALL THE TIME. The whole thing is golden, and I cannot wait to read the full interview in the next issue of The Pitchfork Review.
Estelle

Watch Corin Tucker and Carrie Brownstein of Sleater-Kinney present a VERY SERIOUS AND LONG-WINDED HISTORY OF RIOT GRRRL. Sleater-Kinney’s first album in 10 years, No Cities to Love, came out this week, and it’s a real rompstomper that has completely taken over my life.
Amy Rose 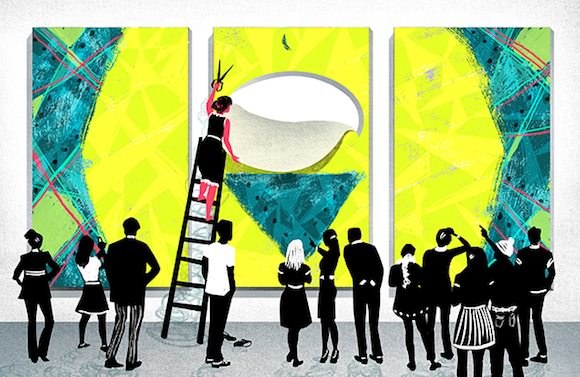 The occasional Rookie contributor and swell-ass human being Monica Heisey wrote a piece about abortion which advocates for a more open, honest, humanizing way of talking about the procedure. Let her tell you:

To avoid conversations about abortion with the people in your life is to avoid thinking about abortion as a complex human experience, as nuanced as any other. Denying the range of women’s experiences of abortion keeps the topic a taboo in reality and a vibrant topic of debate in the abstract. It is easier to give away the reproductive rights of an abstract idea. Abortion is not just something that happens to one in three women. It happens to one in three women you know.

The piece addresses something many of us think, but are often way too scared of seeming flip, insouciant, or otherwise BAD-PERSON MATERIAL to say: You don’t have to apologize for choosing to have an abortion, and you don’t have to feel manacled to the modern-girl feminist ideal of being totally 100 percent fine with it, either. I’m so glad someone is laying these feelings bare in public—the political is, first, personal. We vote based on our feelings, and reading/talking about/hearing what some might dismiss as “ONE WOMAN’S STORY” is a crucial part of this, both in terms of this piece and in a wider sense. When Monica—or you, or me—tells hers, others feel OK to do the same. When we are able to hear the details of one another’s lives, we become of real consequence to one another. Hopefully, our politics will reflect that care as we continue the battle to maintain our reproductive rights. Basically: Hell fuck yes, Monica.
Chanel 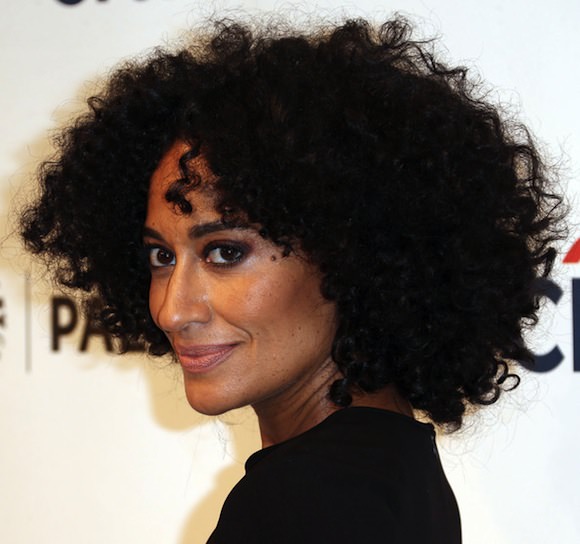 If you’re not stanning hard for her yet, then this might get you going: Tracee Ellis Ross spoke to the New York Times Magazine‘s Jenna Wortham about bucking mainstream beauty standards and her own silly, often-hilarious antics. In the the last line of the interview, Tracee talks about her mom—Diana Ross!—and basically describes many of our mothers: “No, my mother is not on Instagram, but she does know how to Google things.” 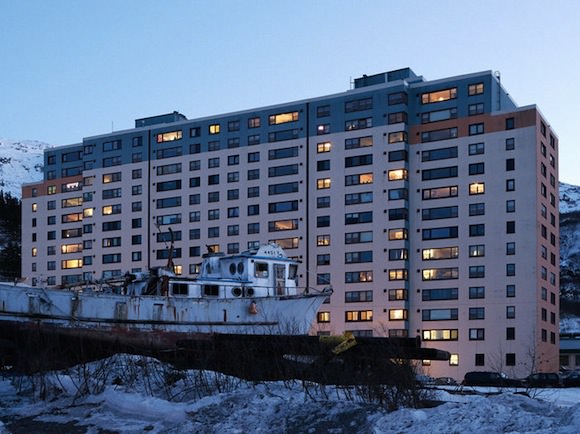 NPR took a look inside Whittier, Alaska, where most of the townspeople live in the same building. Begich Towers—a former Army barracks—is a 14-story building which looks like a hotel and contains anything a town could ever need: a market, bed and breakfast, and police station. Basically, Whittier sounds a lot like a district in The Hunger Games. 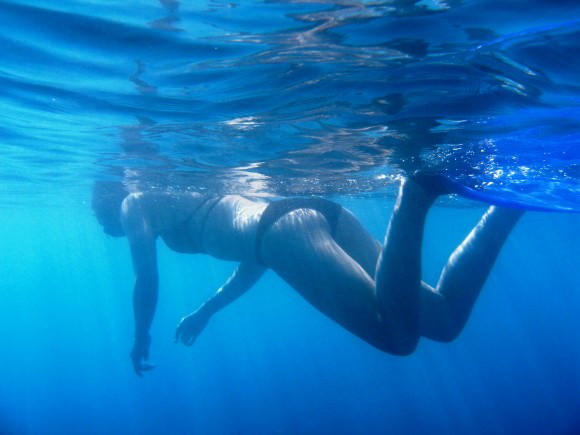 Image via The Nervous Breakdown.

The writer Jennifer Pastiloff gave a beautiful account of losing her hearing. The piece follows Pastiloff through New Jersey, Southern California, the Galapagos Islands, and more as she makes a case for the non-importance of speaking. The essay is written in an experimental and fragmented style, and it makes perfect sense for the subject matter. This is a refreshing example of what introspective essay writing can be. 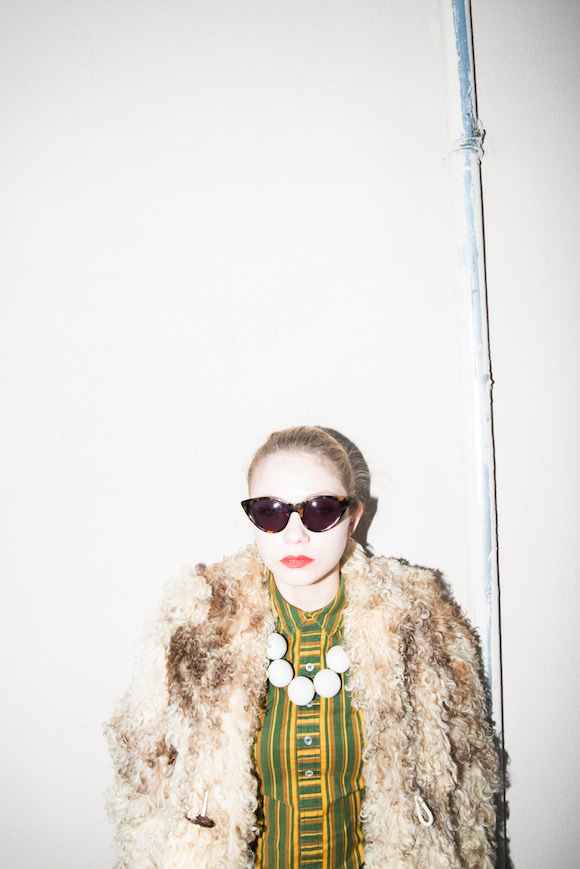 Image via the Coveteur.

The Rookie boss-boss Tavi Gevinson was featured on The Coveteur! I swoon over that nameplate necklace. ♦