The dead will “eat your colors,” she informs us. Great! 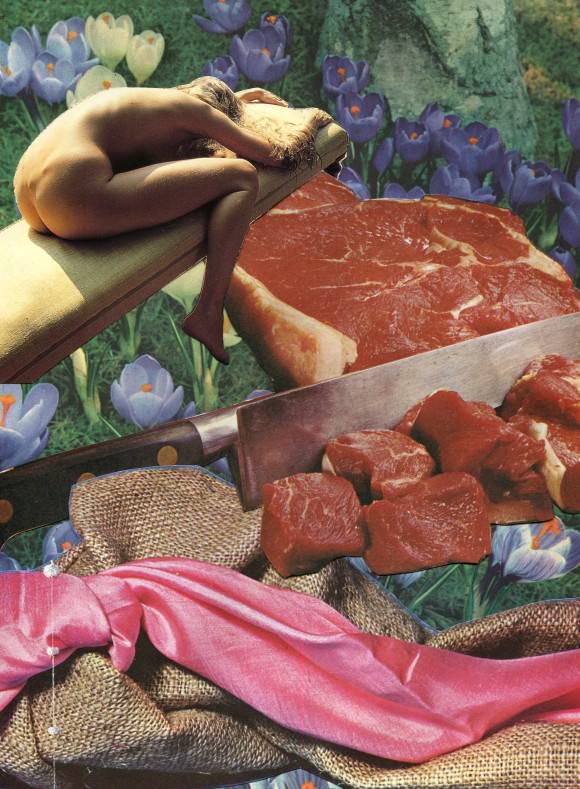 Dorothea, aka “Dottie,” Lasky is 36. Rome is her fourth book, and she has been writing all her life. To write about Dottie, I have to mention an enraging thing I love thinking about. Which is that to write poetry and be a poet is to get bombarded with stupidity like you’re invited to be on panels with titles like does poetry matter or you read someone in the New York Times or the Atlantic Monthly saying they really don’t think ANYONE READS POETRY. Ugh. And of course as a poet you have to react. It’s like being female and listening forever to people say dumb things about who women are and you wonder if you will ever get to simply be. Because you are sick of unloading the culture’s negativity time & time again. Nobody ever goes do we need comedians? Aren’t clowns out of date. What about music? Who listens to music anymore?

And then a poet comes along who is able to stick a pin in the whole thing. Dorothea Lasky is that poet right now. I first heard her read her work about eight years ago. Her poems run right up a hill right away by their very sound and they answer all those idiot questions. And she keeps running up that hill again and again. She runs up all of them. And listening and reading her is addictive. You really can’t hear her read her work without forever hearing that sound. And the sound uncannily is a little bit like being in school. Her voice is a female voice and it’s hard and strong and high pitched. It’s really in your face like a bossy teacher is. And Dorothea Lasky is a teacher. She teaches at Columbia in their writing program but education is her thing. She wants to start a school. She is a school. I can’t think of anyone I know who more believes in the value of the act of imparting knowledge to kids, to young adults, to students, whatever she believes in that exchange. And because of that dedication to education, the poetry she produces is kind of a punk rock pedagogy, like the imparting is happening, the imparting of knowledge and information but the message has gone wild. The message is dirty, the message is magical, it’s a million things.

Her new book Rome takes on the exact thing I am talking about which is everyone bitching about poetry. Because the problem for a lot of people with poetry is that you learned it in school. Poetry was like something you were force-fed. So if you had a bad experience you might be a little ruined. Dottie’s approach to teaching and poetry which I have to say is one act, one sacred hill she is running up time and again is to impart and rebel at the one and the same time. In a way she’s ruining it again and again and uncannily you like it. Because embedded in it is this deep pounding truth. She’s radical and she wants education to work, and she wants to be heard. The second poem in Rome is called “Poetry Can Be Hard For Most People.” She’s either talking to Jack Spicer a great gay San Francisco poet from the ’50s & ’60s or else she’s talking to Jack Kerouac. She’s talking to him but she’s also kind of in a spell:

Which is such an uncanny thought. Listening is the problem. Of course we don’t listen in school because we had to be there. But do we ever want to listen at all. Can we bear it? Well it depends on how you give it to me. The slope of your thoughts, the pace and the move and whatever is in it is how you will bring my attention around. Let me show you the absolute first poem in her book which is called “Hunters” and how it bumps up against the fact that Dottie’s a vegetarian:

I love her adamant nakedness. There’s this paranoia if that’s what she feels and there’s this frank out-and-out despair. Not always but often enough. One of my absolute favorite poems in this book is called “Amethyst.” I would probably like to quote the entire poem and then talk about why I think it’s great. Okay now you’re a little bit in Eileen’s school. So I would like to share that my absolute favorite way to appreciate a poem I think I love is to type it. Because I can’t pick up a guitar and instantly reproduce any song but with a poem you really get to co-write it. Dottie’s almost require it in a way. You learn how her poem feels. They’re always evolving and shaping. And you ride with her and you can feel why it stops and starts:

Only a vegetarian could access such a monstrous perspective on the animal nature we’ve got. And a writer understands her own emotions just enough I think to represent them in art because that is what I believe about great art. It’s not that that person is more sensitive. It’s just that they have truly found a pattern of putting their sensitivity to work. Dorothea Lasky has wanted “to die.” Who hasn’t, right? But she’s proud of it. That’s dedication. And she gets down and decorates and embraces that death wish. Every generation or so a woman does this. In performance art there’s usually a woman who’s good at being naked. And poets truly do do death. We do death and sex. Like Sylvia Plath. You don’t have to die to do this. But Lasky has that sound. That’s what she’s talking about. She might like to live and she might like to die but whichever, she’s passionate about it. Can you bear to listen. That’s the question of this book. The dead will “eat your colors” she informs us. Great! If you’re going to feel like dying her poems don’t energetically tell you be happy instead. No Lasky instead makes a party of it. Again and again. I think of this wavey unendingness as Lasky’s lashes. Wham. Each line beats us up with her thought. It’s so powerful. There she goes again. Her confidence, that ability to really throw her arms around a state poetically to me is the bedrock of art. This deep gnarly blood-letting acceptance. She calls her book Rome because it is a giant holding space of bones and lust and even feeling tiny too. In “Why Is A Mouse Sad” she gets all mousey on us: “My body is so small, it might as well not even exist at all” because getting large and small and naming how you feel and yes even bumping up against the fierceness of time, right up against death is her passion. And she is even able to laugh at herself doing that. But she’s truly funny. In “Lilac Field” she goes:

To perform death is something only humans would do
No animal would sit there
With a blank look on its face
Just because the camera is there. ♦

Eileen Myles came to New York in 1974 to be a poet. She was educated at St. Mark’s Poetry Project. Her books include Inferno (a poet’s novel) and Snowflake/different streets (poetry). I Must Be Living Twice/new & selected poems and a reissue of Chelsea Girls (1994) will be out in fall 2015. She teaches at NYU. You can find her on Twitter and Instagram.