How to Write About Real People

It takes guts to tell the truth, even when you’re making things up. 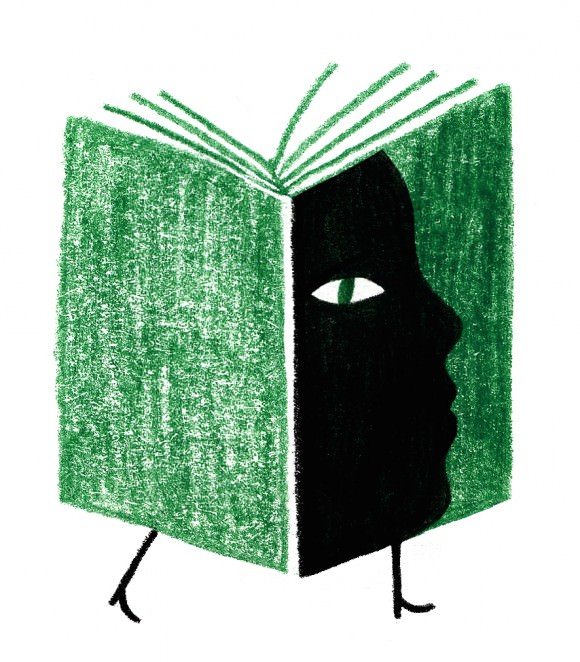 The novelist and memoirist Anne Lamott’s advice for writing fictional characters based on people in your life—specifically men you don’t like—is to give them small penises. She doesn’t offer equivalent advice for writing about women. This tactic is clearly an imperfect guide to dealing with a perpetually thorny and emotionally charged issue, but the idea is that no one will come forward and say, This is me!

I’ve been thinking about this a lot lately—the act of writing fiction about real people. It’s a complicated issue, and a fraught one, which is why the higher-ups here at Rookie set me to the task, thinking, maybe, that I had some answers.

You might be asking yourself: Why is this a thing that I need to worry about? Because if you are at all interested in writing, and in writing about yourself or your own experiences, sooner or later, you’re going to be writing about other people. Maybe if you live on a deserted island, this doesn’t apply to you, but most of us spend our days bumping into and interacting with other people, and those relationships color how we see ourselves and the rest of the world. This is obviously true if you’re writing non-fiction, but it’s true if you’re writing fiction, too. If you’re writing a story with a character that has some things in common with your mother, for example, and you know that she’s going to see it, then you might want to read on.

Here is the first thing about fictionalizing real people that I know to be the absolute truth: You are allowed to do it, whenever and however you want. Fiction is art, and art is about getting what is inside you out into the world. So much of what I think about and wonder about and daydream about has to do with real people—how I don’t understand them, how I find them attractive, how mysterious they are. Speculating about other people’s interior lives is how I try to gain a larger understanding of myself, and therefore the world. You know how judge-y old grandpas say that you don’t know what it’s like to be someone else until you’ve walked a mile in their shoes? That’s exactly how I feel about writing fiction—that I’m walking a mile (or approximately 300 pages) in my characters’ shoes.

When I was in graduate school, I wrote a story entirely based on my then-neighbors, a man and a woman who met in a bereavement support group because both of their first spouses had died. The woman in the couple was fascinating to me, because every time I saw her (which was a lot—we lived in the same house), she would talk about her dead first husband, even when her new husband was around. How weird is that? No mention of her current spouse whatsoever. I was obsessed with how strange this seemed. And so I did what I do when I’m obsessed with something—I wrote a story. That story went on to be published on a small literary website, and then again in my collection of stories, Other People We Married, which came out in 2012. Since about that time, the woman keeps trying to add me on LinkedIn. It’s entirely possible that by now she’s read the story. If she has, she no doubt saw similarities between her life and the character’s. Did that make her feel weird? Maybe. Do I care? Not really. Because in the end, the story isn’t really about her. It’s about a character inspired by one facet of her personality. Once I started writing, my neighbor vanished, and in her place, this new person—my creation—came into being.

That story is one of my favorite things I’ve ever written. For me, the satisfaction of writing that story outweighs the possibility that the real person who inspired it might read it and recognize herself or her situation. Also (and I’ll get into this more in a minute) even though in real life I found it slightly off-putting that my neighbor was always talking about how great her first husband was, and never mentioned her current husband, in writing my story, I got to go behind that feeling—inside that feeling—and look at it from the inside out. The experience made me much more sympathetic to her situation. When I met her, I felt really judgmental about how she seemed to love her first husband more than her second, but through writing the story, I really sunk into that first love, and how it might feel to lose the person you thought you’d have forever, and how loving another person couldn’t be the same.

Here’s the second thing I know for sure about fictionalizing real people: Sometimes you will really, really hurt their feelings. My most recent novel, The Vacationers, is about an American family on vacation in Spain. At all of my book events this year, people asked if the family was anything like my family. Every time, I demurred, usually by saying that Franny and Jim, the parents in the book, are absolutely nothing like my parents—which is true. But it’s not the whole truth. Franny and Jim’s eldest child, Bobby, has some things in common with my older brother. It’s not how the character looks or his personality or his job or his hobbies or where he lives—these qualities of his aren’t like my brother at all—it’s his relationship with his girlfriend.

My brother, like Bobby, had a much older girlfriend for more than a decade. She was 13 years older than him, and a mystery to me and my parents—we saw her a just a couple times a year. Even though she was in my brother’s life for so long, we never really got to know her. This woman and my brother had been broken up for years when I started writing my book, though, and he was in a very different space—he was living in a new apartment, in a different neighborhood, was working hard and excited about his career, and had fallen in love with someone else. I thought I was in the clear. Would he be weirded out that my characters’ relationship resembled his own? Maybe. But I thought for sure that he would get what I was doing—trying to understand what I had witnessed by inhabiting it the same way I had with my neighbor and her dead husband. Even so, I was nervous to tell him, and so I kept putting it off. When my brother came back to New York from his home in L.A. for Christmas, I sat him down and told him—there were two characters in the book that he would recognize, and he might not like what he saw. I gave him a galley, and wrote in the front: Please don’t hate me. I was sort of joking, but also not.