All In One Place

Sure, traveling was an “escape”—but what if I didn’t actually have to run away? 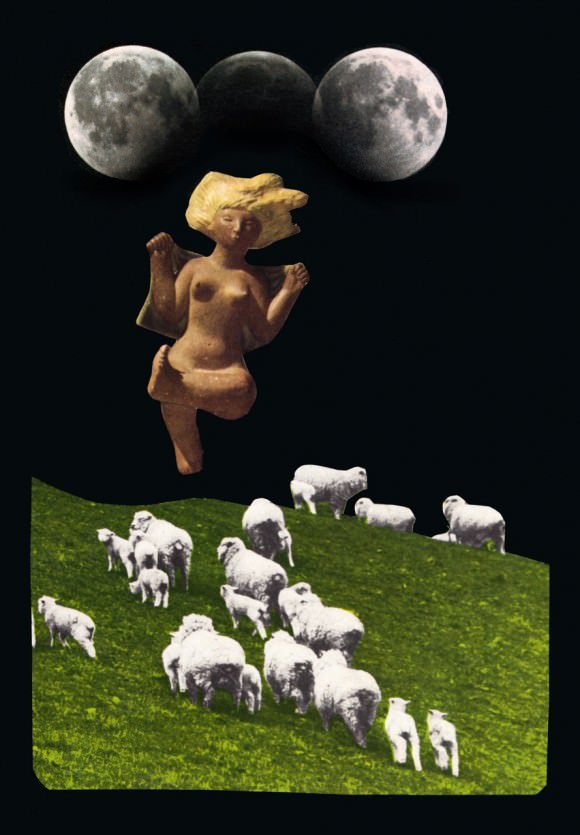 [Editor’s note: The author of this piece has asked to stay anonymous.]

The first psychiatrist stuffed me with so much lithium that it felt like there were cotton balls wedged around my brain, and my body was chained down with weights. When I told her that I cried whenever I entered a supermarket, she prescribed me an anti-psychotic, Abilify, “to take the edge off.” I told her that I didn’t need Abilify and I was probably crying because I just wasn’t used to supermarkets- I’d been living on a farm commune in the mountains—but she dismissed my concern, called the commune a cult, and told me to take my Abilify daily.

She had asked me what I wanted to do with my life. I burst into tears and told her that life felt way too hard, and that I probably should just try to get married off. She told me that she’d find me the right combinations of meds so I could perk up and find a good husband. I told her I wanted to talk to a therapist, too, but she found that patients who worked with therapists just wanted to talk and talk and talk. I understood, right?

A large part of me is furious with this lady for diagnosing me as bipolar and trying to shut me up with pills, minus any therapy. At the same time, I can’t blame her: When I arrived at her office this September, I was manic and dead-filthy, with a MRSA infection; I’d been sleeping under bridges; living in a car; living on a commune (“cult,” according to this woman); by my own account, screaming and crying much of the time; living like a vagrant, wandering from state to state, practically married to a pot-dealing pothead… This was not appropriate behavior for a nice Upper East Side girl who graduated from a decent college!

The doc gave me one prescription that I appreciate: the command that I be still and stop running from my thoughts. I’ve been moving around for almost four years. I haven’t lived in the same spot for more than five months since 2010. Every time life feels rough, I bolt. (My new psychologist says it has something to do with our three primal human instincts, useful when we were hunter-gatherers: fight, freeze, or flee. I choose flee.) At first, there was a clear point to my travels: I wanted to explore the USA because I wanted to write about it and I was in love with my co-traveler. But after a while, I’ll admit it, “traveling” was more of a bad habit: I was (am) scared of building a life, and, moreover, dealing with the anxious shit in my head. “Traveling” became escape.

“Marina Abramovic says the artist must suffer in order to transcend,” I told the psychiatrist.

“I think I saw Abramovic at MoMA. Isn’t she the one who sits still for excruciatingly long periods of time?”

I can even kind of appreciate that the psychiatrist gave me a shit-ton of lithium on my homecoming. The prescription plopped me down in a chair, however miserably, and keep me from immediately fleeing again.

The first time I left was in 2011, when I was 23 and hanging around my hometown, New York City, trying to be a writer. I wasn’t close to my family, and didn’t have friends I felt close to—I felt totally alone. I downed Adderall and alcohol to stave off my crying fits and depression. I walked around with a telescope in my chest that never ever ended.

My beautiful soul-mate hippie N. stumbled upon my doorstep, needing a place to crash for the night, that October (a mutual friend had given him my number). I’ve written about how he’s swept me off my feet so much already that it makes my stomach turn. But there’s a key piece in my generally upbeat telling of the story that I tend to leave out: N. was one helluva stoner. N. told me that he smoked mad weed every day because it was his medicine—he simply couldn’t handle the world without it. It was too weird. Weird: the way his entire town dresses up in matching red sweatshirts and jackets and red socks with Ns emblazoned in the dead center (N. is from Nebraska. Go Huskers!). Weird: the way the feedlots stink so bad, and everybody just rolls up their windows so effing placidly, without batting their eyes.Weird: that the line that he’s gotten from his parents and teachers since he was a kid, is, “Don’t think about it.” Weirdest: the way everybody is so miserable at their jobs and in their lives, and continue to just go to Walmart and eat their shitty Walmart food and vote Republican and go religiously to their anti-abortion rallies and wear Red and work at Walmart and shop at Walmart and why doesn’t everybody just quit? Don’t they understand, that they could just stop? (I get that I’m generalizing here. I’m impersonating N., who really does rant like that. He’s a very idealistic self-described anarchist who really hates Walmart.)

N.’s solution to life’s weirdness was to drop out (and smoke weed). He told me that once you drop out and give up on trying to make sense of the absurdity (and smoke weed), you’ll realize that life is beautiful. This is the way to escape the misery. N.’s tag is, Do what yoo want to do, but his other mantra is LIFE IS A DREAM LIFE IS A DREAM LIFE IS A DREAM. What this means: Float through the world. Go to the supermarket and laugh at the people and stare at the funny processed food in the funny boxes and go, ISN’T THAT WEIIIIIIRDDDDDD. Drive around in circles and ogle the people going to and from work and go ISN’T THAT WEIIIIIIIIIIIIRDDDDDDDD.

Before I met N., I was pretty square; bookish; definitely not a stoner. But there was something obviously delightful in the idea of running away in N.’s silver sedan, which he hippie-named Home, and getting swallowed up in his philosophy: LIFE IS A DREAM. ISN’T THAT WEIRD. I believed that I would, simply turn off the anxious part of my brain in favor of N.’s beautiful vision. There was a part of me that knew that this was fantastical, and another one that found N.’s mantras to be overly simplistic solutions to a complicated world. But whatever: I was simply going on a road trip, and I wanted to reinvent myself: Whoever this “me” was wasn’t working.