An investigation into some of our favorite cinematic secret agents’ outfits.

When I was a teenager, I wanted to be a spy so badly. I was obsessed with spy-themed movies and even had a patch that said cia on my backpack. My dreams were crushed when I realized I couldn’t run that fast. I was on the slowest team in my gym class—how could I be a spy if I wasn’t able to rapidly catapult myself over a brick wall? Looking back, I know with some daily stretches and endurance training I could have beaten those odds, but it’s probably too late for me now.

Oh well—at least I can still dress like a secret agent! SPY on these stylish covert operators yourself and investigate which of their looks you want to add to your closet! 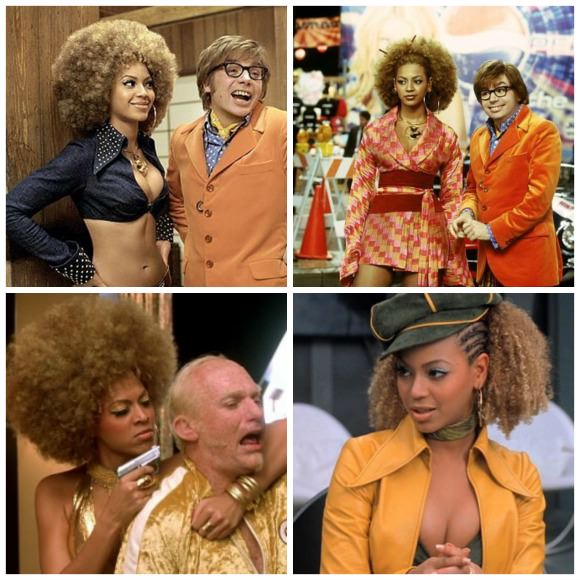 In Austin Powers in Goldmember (2002), the third movie in the Austin Powers franchise, the lovable British spy learns that his father, Nigel Powers, has been kidnapped, so he travels through time to 1975 to save him. There, he teams up with his old lovah, Foxxy Cleopatra, played by none other than Beyoncé! That’s right: This movie features Bey over a decade before she was all, “Can you hear me now?” into her foot phone! 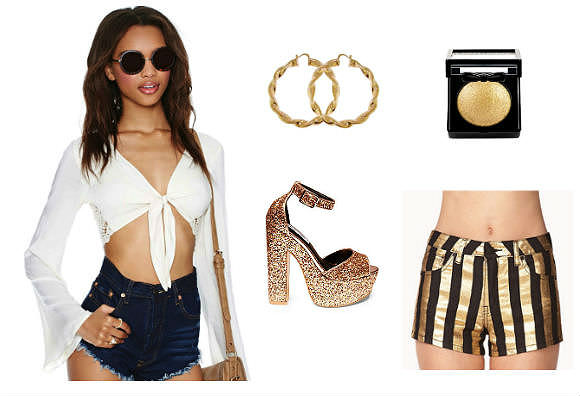 I loved Bey as Foxxy SO MUCH. Doesn’t she look stunning as the badass FBI agent who claims, “I’m Foxxy Cleopatra and I’m a whole lotta woman!”? Steal her style by wearing—what else—nothin’ but GOLD! Finish it off by dusting some bronze glitter on your lids, sugar. 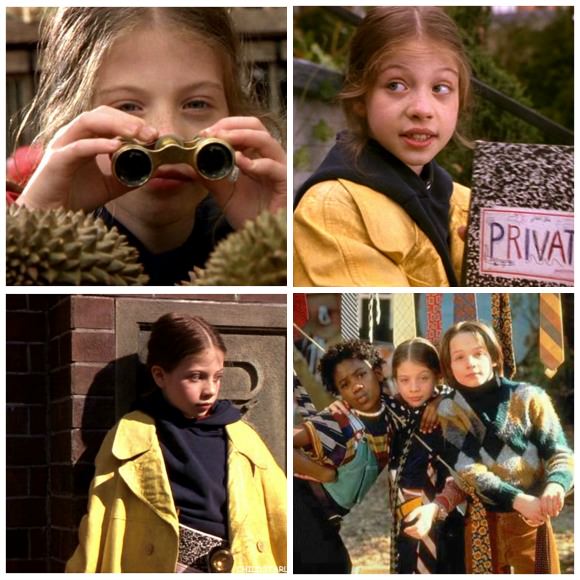 Sixth-grader Harriet Welsch (Michelle Trachtenberg) dreams of becoming Harriet the Spy (1996), so she uses her private journal to document all of the dirt on her friends and neighbors she observes during her secret missions. What’s the worst thing that could happen—their finding out? Well, they do, when her journal gets stolen and all the gossip she has written is revealed. SHE IN TROUBLE NOW! Naturally, her friends are totally pissed, and Harriet has to figure out how to regain their trust. 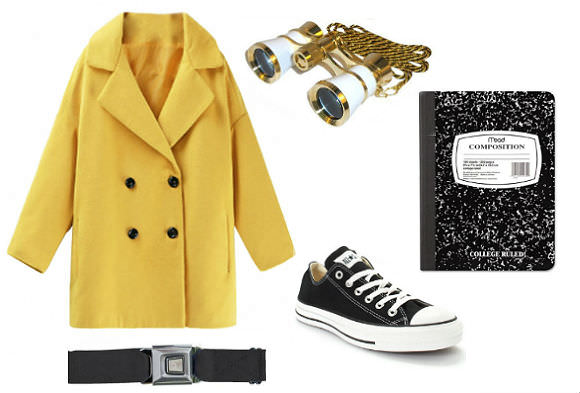 Spies usually have some sort of signature outfit, and Harriet’s consists of an oversized yellow raincoat, a seatbelt belt, and binoculars. Don’t forget to pack a tomato sandwich, ’cause Harriet likes to eat them every day! 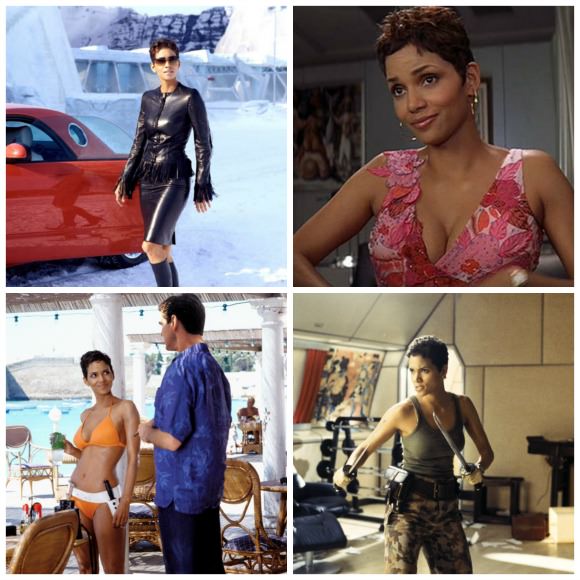 Die Another Day (2002) is the 20th film in the series about the super secret spy James Bond. YAS I SAID 20TH FILM. Mr. Bond is captured in North Korea, and he suspects that someone he knows is a traitor and sold him out. He globetrots between Hong Kong, Cuba, London, and Iceland, and teams up with NSA agent Jinx Johnson (Halle Berry) to help him figure out just what the hellz is going on. 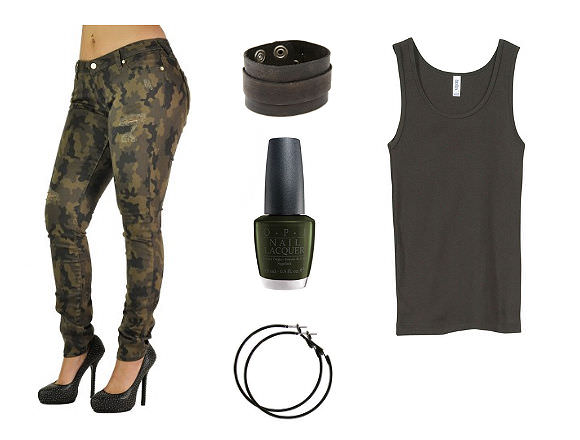 Jinx (isn’t that the best name, BTW?) wears all kinds of cool outfits, but my favorite is one that she can truly kick some ass in: a simple army green tank top and camouflage pants. Take this sporty outfit to the next level and wear some dark green nail polish to match. 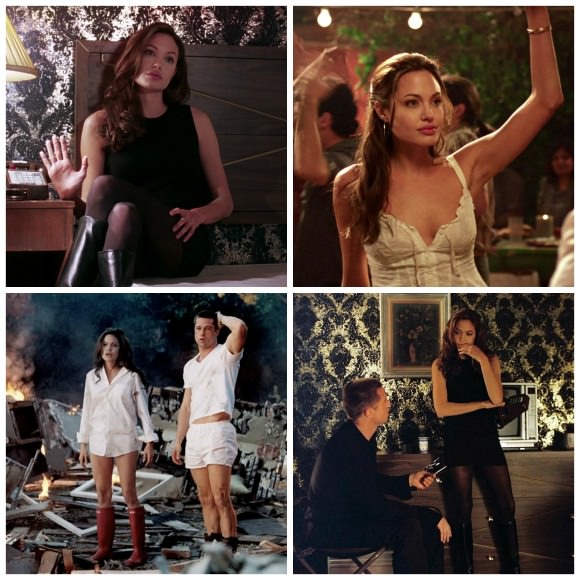 Angelina Jolie and Brad Pitt play Mr. & Mrs. Smith (2005), a married couple who are secretly professional assassins! This is so classified that they conceal it from even each other, and they don’t realize they share a profession until they are both hired to kill the same dude (played by hottie Adam Brody). Can you imagine not knowing what your boo really did for a living after six years? Imagine if both of you were secretly training to be on Top Chef and didn’t find out until you were both challenged to make a fancy dessert out of a bag of Doritos and some Nutella. That’s basically what this movie is about, except there is no Nutella. SINGLE TEAR. 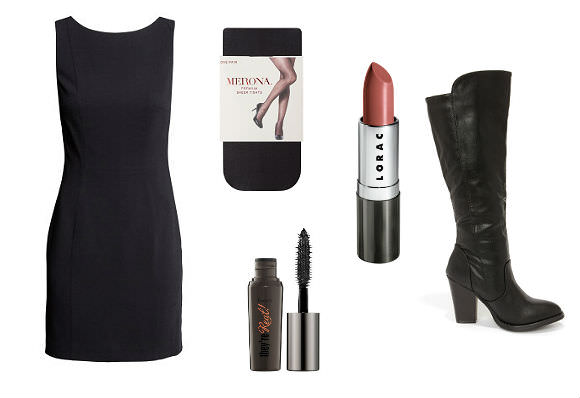 As for the style situation, Angelina looks amazing in everything, of course, even when she’s wearing just a white shirt and galoshes. I like her black dress, tights, and knee-high boots outfit best. Cop your own and wear a subtle berry-hued lipstick. How covert of you! ♦