As Many Lives As You Want: An Interview With Sharon Van Etten

“Life is too short to surround yourself with people who aren’t looking out for you.” 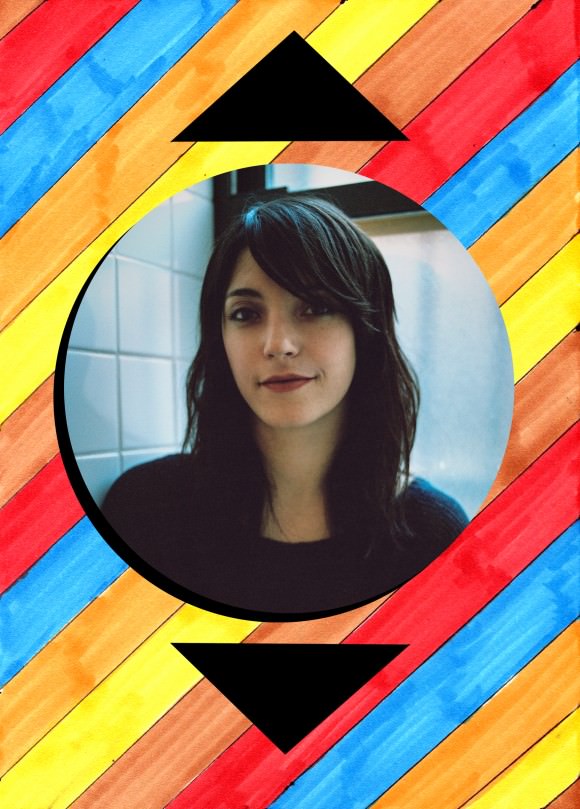 Collage by Minna, using a photo by Dusdin Condren.

In the song “Much More Than That,” Sharon Van Etten sings, “Please don’t take me lightly / I mean every word / Whichever way you’d like to place them.” This sentiment sums up what a lot of her music means to me. She puts her unbridled emotions and personal experiences into her songs in the frankest way, but the people who connect to her music often find something of themselves in her words, too. Van Etten’s songs, which she fully admits are “heartbreaking,” have held this power throughout her career, including on her latest record, Are We There, one of my favorite releases of the year. One listen to its single, “Your Love Is Killing Me,” and you’ll immediately understand the brutal emotion in her songwriting.

Over the course of our conversation, I realized that SVE really is the poster woman for Rookie’s December theme, First Person. She’s turned her life around in many different directions over time, documenting her feelings in her music throughout. I talked to her on the phone about learning what love is, finding a way to communicate freely, and realizing that you might still be figuring these things out your whole life long—and that that’s OK.

HAZEL: Why don’t you tell me about when you first started writing music?

SHARON VAN ETTEN: When I was a kid, I did all different types of music classes. I was in choir and musicals and took instrument lessons, but I was a pretty introverted kid. My mom noticed that about me and gave me a notebook. She told me I should just write more whenever I felt really quiet. I started putting those journals to guitar, and it just evolved into this weird thing. [Laughs]

Did writing in journals help with feeling introverted?

Yeah. I didn’t understand what it was that I was doing, but I had a really hard time communicating. I was able to communicate on paper before I was even able to talk. It gave me more confidence throughout the years to be able to talk about my feelings.

It seems like writing in a journal and putting it to music would be a very personal process. When did you first want to share that with people?

In high school, a good friend of mine, my friend Colin, convinced me to play this Amnesty International Benefit at one of our sister high schools. At that time, my songs were still pretty innocent and silly. I was a big fan of Ween, so the songs were really ridiculous. But my friend had a lot of faith in me, and he helped me get into this talent show that was this fundraiser. I was so nervous, but it ended up feeling so good afterward that I wanted to try it again. I slowly started doing more open mics during my senior year of high school on into college. I’m not even sure what exactly the drive was, because I didn’t think I could do music as a career, but it felt really good to play, and people kept encouraging me. It’s just been growing through the years.

Do you remember any of the songs that you wrote in high school?

I remember one line specifically that was about this kid that I dated. It was like a one-liner. It was, “Every time I look you in the eyes, I want to rip them out and hang them in the sky.” It was over this ska rhythm because I was into ska for a while. It was on the upswing.

It’s funny, because I’m thinking of “Your Love Is Killing Me,” where you also talk about tearing out your own eyes, but that’s a very different tone.

[Laughs] Yeah, things don’t change that much, you know? Hopefully, my vocabulary has grown a little bit.

You went to college for music, yes?

I had one year of college at Middle Tennessee State University. My intention was to go for recording production and technology, but it wasn’t for me at the time. I got a little scared, so I took time out and started working at a venue that had a record store and studio. I learned a lot about music, working there. From there, I moved back home to New Jersey and started writing songs seriously, and that’s when I started going to New York a lot more.

Some young people who want to be musicians aren’t sure whether they should go to school for it, or do what you did and pursue it outside of an academic context. When you got to school, what was it that made you know you weren’t ready for it?

I felt a lot of pressure to know exactly what it was I wanted to do. When you think of all the money you’re spending and you don’t know what you want to do…it felt like a waste of time. This is me as a kid, thinking these things—now that I’m older, I regret not going. I’m glad I knew I wasn’t ready to go, but now I want to go back, because I know what I’d want to do beyond music.

People have different minds, you know? People have different ways of working. Some musicians thrive on structure and a schedule, and it helps to be well-rounded and take other classes that help you down the road, like music theory. It always helps to learn. I want to go back in my 30s, but I don’t think I needed school for my life path—my mom always says I went to the school of life. I worked a lot for all different kinds of people that worked inside and outside of music. As long as you work or go to school, you’re gonna learn.

What do you want to study if you go back?

Psychology. I dream of being a therapist someday, in my “adult life.” [Laughs]

Because your music….it’s not literally therapy, but it’s an outlet. Listening to your music is an outlet for a lot of emotions that people might have—that I might have.

It’s an outlet for me, too. I feel so much better when I play; when I write; when I sing. What I’ve learned from doing that and meeting people through performing is that there’s this introverted world, especially with the internet these days, where people don’t know how to communicate face to face, but can in another medium. That’s interesting to me, to connect and communicate with introverted people who are still learning what their process is. I’d like to help people find that.