A collection of poems by Rookie readers. 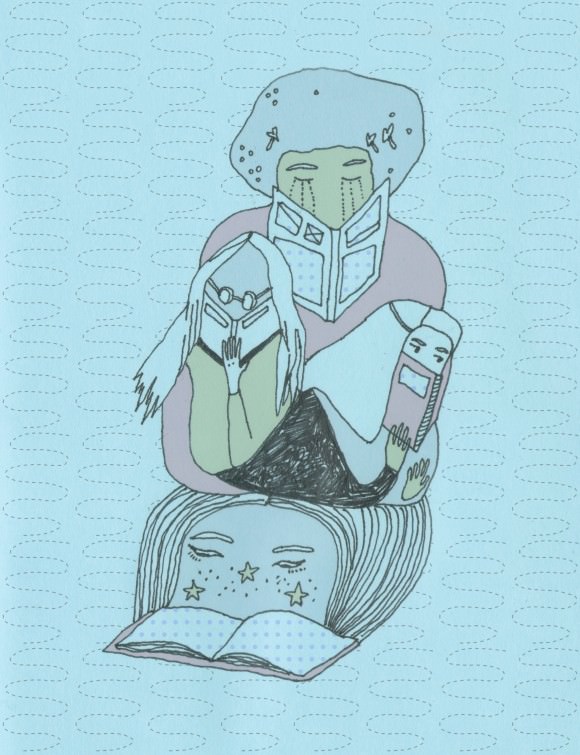 the woman in the window

writes about blues in the night—the future,
fruit flesh, memories stacked like newspapers.
“this is how lonesome feels,” and she hears it through her father’s eyes.
she remembers the back seat, taking off her clothes,
the feeling of sinking when eating at a diner.
the pieces of pies that are not cut exactly right
reflect what is in her chest by the glare of their glass casings.
a sunrise is similar to the blood left behind, the bad kind,
that reddens around a yellow orb, clinging onto
the blues in the night.

i think we hate the people that remind us of stuff we used to like or say
there’s a ghost driving this car,
she smells like weed and berries,
she has michelangelo lips
we used to talk about love like it was something as malleable as cement but
(concrete bones)
they break sometimes and she told me once that we were so much alike but everyone says
that

cornflakes remind me of jetlag and food network on a screen that’s too bright
i left the milk on the counter for a while but it already tasted like butter
i never tell people how i can see my lips split open in the mirror,
blood dripping down my knees
all i wanted was for someone to lick the backs of them
the carton says everything sucks anyways