Plus advice on eating disorders and best friend anxiety—you know, the fun stuff! 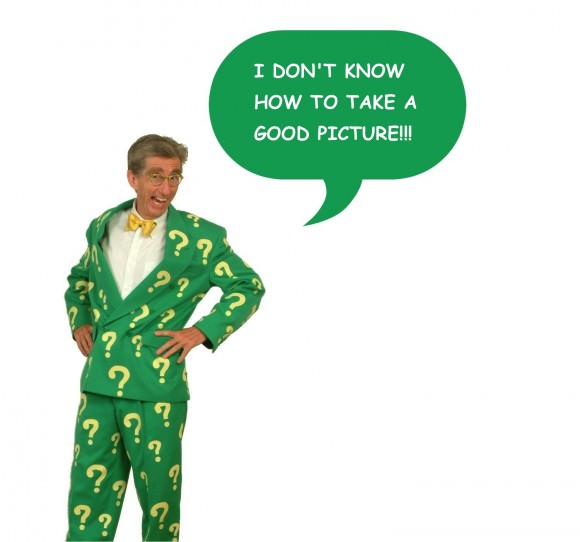 My VERY BEST FRIEND IN THE ENTIRE WORLD IT FEELS LIKE THEY HAVE PART OF MY SOUL is leaving for college in the fall. I know that’s eight months away, and I know I should enjoy the time I have with them, but every single time I think of them leaving, I just want to cry, which is, in fact, what I am doing now. How in the hell will I survive when they’re far away? It feels like a part of my heart is being ripped out of my body. This is the friend that I tell everything to, and they tell me everything. We’ve been through some seriously tough shit together, and without them near, I don’t know how I’ll keep my shit together. I need coping strategies and ways to stay close. I can’t lose this person to distance. —Margot, 16, Washington

Yo, you poor girl, crash into my arms for a second before we begin. The prospect of losing your person is a terrifying one: God knows how hard these superlative co-conspirators are to find in the first place. So when you finally confirm that there’s someone out there with whom you can confide, goon around, and otherwise go into battle (aka the dismal process of living, a lot of the time)…and then they GO AWAY? I understand why you’re petrified of the prospect of being on your own again, given how much they’ve meant to you.

How you will survive, though, is by understanding that you won’t be on your own, in terms of both losing them or lacking in other cohorts. Even if your heart does break, there are plenty of adhesives, in the form of keeping in touch with your friends, plus also other people. You’re not going to revert to some kind of lonesome, incapable sad sack just because your one isn’t proximally close to you (in fact, it’s the opposite, but we’ll get to that in a second).

First: If your prime anxiety about this is, as you write, that you tell each other everything and you’re scared stiff of losing that, you’re in luck (I understand that my calling you “lucky” in any sense re: this situation is cruising for a bruising, but bear with me): You don’t need to be physically in front of them to talk to them, and vice versa. There are all kinds of other ways to excavate the secrets and in-jokes from the deepest annals of your two cavernous hearts the way you always have, none of which require you to see/touch/spelunk with each other in the flesh. As you know, they’ll still be resolutely by your side via text, email, Skype, the phone, and, with any luck, in person when they’re on breaks from school. (A brief note, though: It’s also good to be conscious of the fact that your friend is going to be pulled a lot of ways, in terms of newfound academic and social demands, so you shouldn’t go haywire if they doesn’t immediately pick up or hit you back. They will as soon as they can, so please stave off the rampant impulse to text them, “DID COLLEGE MURK U OUT? I TOLD U TO STAY AWAY FROM FRATS AND DINING HALLS. I AM CALLING UR DEAN TO CHECK ON U,” even if it’s been 15 whole minutes since their last communiqué.)

You know all that, so let’s shimmy back from the obvious fact that modern technologies exist and look at a larger-scheme truth that’s going to come out of this bifurcation. (Do you know that word? It’s when a single entity or object divides in disparate directions, but keeps the same shared base. That’s what’s going to happen to you two in eight months, so maybe it would help to think of their going away that way, instead of as being split discretely in two.) Having a VERY BEST FRIEND/PARTNER IN CRIME/POSSESSOR OF PART OF YOUR SOUL is the world’s greatest for tons of reasons—which, doye, or else this letter would make no sense! “I despise this person with my life. WHY ARE THEY LEAVINGGGG?” But when you allocate your entire stock of trust, camaraderie, and companionship to one person, you’re actively creating a hostage situation out of your own heart, and the dismal process of living/going to college can (and does) kidnap those people away for good sometimes. It’s horrible. It’s wonderful. It’s love. You have to allow for it. Even if you do grow apart eventually, or if your friendship changes, you will be better for it—though, yes, if those things do happen, it’s fucking torture at first.

I lost a best friend once, and I thought it was going to ruin me. Before the end of us, I spent the years of our friendship no less enthralled by, devoted to, and in all ways FOR her than when we met. I had never known anyone like her and basically given up on the idea that someone like her existed, or that I could be so closely bonded to another human being in the way that I had always wanted to be. We were each others’ ride or dies, so when we broke up (and it did feel like the worst romantic split of my life times 47, even though I’ve been barbarously in love a few times), I really thought the sense of loss I felt was homicidal—and I survived my own college dining hall, which was rated the 18th filthiest eatery in all five boroughs of NYC in my freshman year. It was like grief, sort of…except she was still out there. The gruesome part was that I wasn’t alongside her wherever she was, and that I wouldn’t even know how to find her if I tried. This was maybe the worst pain of my life. No, it just was. I will say it was.

So! On that fun little note, I know what it’s like to love a best friend so much that you necessitate them. So how am I still here without her, my main confidante, co-goon, and sister in battle, typing this to you and only crying a little bit? How the hell do you survive? I am still figuring it out—it still rives me apart all the time! I was totally lying two sentences ago, my eyes are inflated and red as kickballs righ nah. Luv being a strong woman!! Anyway, here’s what I’ve found: Even though, delightful as other people are, no one on Earth is LIKE THEM, you have to make yourself available to people besides just your friend. The eight months before your friend leaves is a great period of time to not only enjoy the time you have before your friend moves away, but start building other relationships in your life—that way, it won’t be thrown off its axis entirely after she packs up the moving van.

You know how you can go to that person with EVERYTHING? It’s possible to go to other people for some things, or even one thing, and when you build yourself a squad, that collection of other people’s goodnesses and strengths can become just as ironclad as your friendship with your best-o-best feels. There are all kinds of ways to be close with and enjoy the people in this world. Some people will make you laugh until you ralph, and some will hold your hair back while you ralph, and some will listen to you cry about the fucked up thing your mom’s shitstain boyfriend Ralph said to her last night. Although it’s wonderful to find all these qualities in ONE person, it shouldn’t mean you can’t in others, and it’s OK to have all kinds of people occupy the elements of what was once the single identity of confidante/goon/ride-or-die that you find in your person (and you still will—just at arm’s length for the time being). When you allot the all kinds of ways that you yourself are amongst a cabal of friends, family members, romantic partners, etc. instead of (or, in addition to, as I hope for you) just hoping your heart-hostage doesn’t get snatched up, you will not only hurt less when your friend moves away, you will enjoy the world more right now. Basically: The way you wield your love and trust has to bifurcate, too.

Here’s another thing to keep in mind, courtesy of the poet W.S. Merwin, while they’re away:

Your absence has gone through me
Like thread through a needle.
Everything I do is stitched with its color.

Even though Merwin means, I think, that he has an achy breaky heart over somebody far from him, which, DUDE, I VERY FEEL YOU, W.S., I cling to this poem in a different way. You know how you and your friend have gotten each other through some very tough times? Well, you were watching your friend then, right? You saw what they did, and how they helped you, and how they loved you. How instructive. Follow their sewing pattern: When you feel alone, think, If my person were here, what would they do? Then do that thing yourself, or, better yet, ask someone else to help you do it, or even to do it for you. You will find that other people, even if it’s a handful of good ones instead of just one perfect one, are more than capable of that. And doesn’t that sound a little more hopeful than being the cause of your friend’s professor’s annoyance that their phone sounds like a wasp’s hive all throughout Intro to Biology, anyway?

I trust that you two are going to stick it out. Your friendship is going to express itself in a new way because you won’t be alongside each other all the time, but it’s going to be awesome to realize that no amount of distance will lessen your love, even if you don’t talk as much. If you do grow apart? Cry your fucking eyes out! (Take it from me, whose face is an inflamed snot swamp righ nah.) But also try to be grateful that, for a while, you got to be close to a person who affirmed the actual non-dismalness of life to you. How will you survive potentially losing that? By having known it in the first place, taking what the friendship showed you, and stitching your life with its color. —Amy Rose