My journal doesn’t have to be brilliant, or funny, or even appropriate. It can just be me. 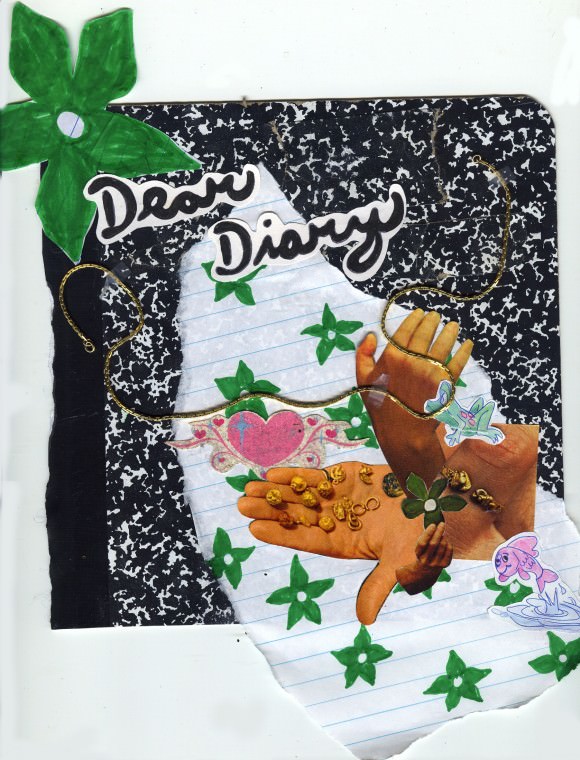 I love writing and always have. In elementary school, I made fake newspapers for my friends on Kid Pix. In middle school, I blogged on what seemed like a hundred platforms. In high school, I joined Rookie. Throughout these years, I repeatedly took up journaling in the hopes of getting a steady chronicle of my existence on the page. I was a kid who grew up reading fiction starring diarists like Harriet Welsch and Mia Thermopolis, and I wanted to be funny and perceptive, like they were, in a journal of my own. So I’d buy a notebook, whether it was a fancy one or a plain composition book, and write my first entry. These always began the same way:

Dear Diary,
Well, looks like I’m going to be starting a diary! I don’t have much to write right now, but tomorrow, I’ll write in you.

And then…nothing. I wasn’t sure what I was supposed to be saying other than recounting my life, which I thought, for some reason, would magically become more interesting once I put pen to paper. I’d write a few scattered entries, grow bored, and eventually forget about the duty to keep up with it. Sometimes I would write a particularly stupid entry (“Dear Diary: My life is horrible because I’m sooo bad at math!”), read it the next day, cringe at my own terrible writing, and just rip it out. I cringed at the moments I took too seriously, when my emotions were splayed too frankly on the page. It all seemed trivial and banal. My words were boring; my life was boring; my feelings were boring. Who would ever want to read that—or, for that matter, write it?

The answer is me, and me alone—that’s who a diary is for. While I’ve grown up writing, it’s always been in public. Every experience, if I think it will be potentially interesting to people, gets turned into an essay, a tweet, or a Tumblr post. Even for work, I’m hardly ever writing about myself: I’ll write about other people or their work; I’ll interview someone and cut my voice out completely.

It’s not that I haven’t gotten personal in my writing before. I’ve done so frequently on this very site! But it’s always a calculated kind of personal. I write about myself feeling lonely, angry, and misunderstood because I hope someone will relate and take something from it or give something back to me in response. Whether that person just laughs or realizes they’re not alone in their thinking, or they offer me a differing viewpoint and a story of their own, it doesn’t matter. I’ve grown accustomed to the idea that writing must have a purpose, or a specific use to anyone who reads it, even if that’s just entertainment. What I didn’t take into account was that writing could be useful to me in a more private sense when I stripped it of its more straightforward utility.

Seven months ago, I decided I was going to actually, really start a diary. This was inspired by two things: one, Lola had been sifting through a bulk of diaries that spanned her whole young life. Lola keeps everything: letters, LiveJournal screencaps, photos she took in high school, et cetera. Her apartment is like a living diary. After visiting it, I started to think about the kinds of records I was leaving behind. I’m a fan of archiving on social media and my blogs, but it’s always digital, and it’s not really writing. The records feel cold and voiceless; they don’t feel like a record of me. I don’t want to know what my friends looked like in an Instagram taken three years ago—I want to know what they were up to and what it felt like to hang out with them. And what if my archives all eventually got deleted, like my long-forgotten MySpace blog after the site changed format?

The second thing was that I was beginning to feel weird about social media. More specifically, I was feeling weird about being expressive online. In high school I could tweet freely about, I don’t know, crying. Having a blog was still kind of a secret, and my Twitter was locked. Now, everything has my name on it. With all of my co-workers and editors and crushes watching on Twitter, Facebook, and Tumblr, it’s uncomfortable. So…where could I write without worrying who was going to see it, and without having to be afraid of my words disappearing into a digital void?

I went out and I chose a stupidly thick paper journal at a stationery shop in New York City’s West Village. I bought a big one to bully me into committing. It felt so silly: I was 20 years old, and it’s 2014—too late to start a diary. It’s not that diaries seemed juvenile—I have friends of all ages who keep diaries—it’s that it was like I had missed some sort of journal-writing boat, the boat of first kisses, virginity-loss stories, first loves. If I hadn’t already recorded those things, why start randomly recording them now? But then I realized that was as good an incentive as any to start writing things down immediately. When I did start writing in it, I was surprised at how much I have to say when nobody is watching.

Now, this essay probably sounds extremely counterintuitive. Here I am, telling you about how great it is to keep a diary with no eyes on it except mine, in a very public essay. But not only was I missing out on years of diary-keeping, I was missing out on years of writing. And I want to share that with you, so (if you haven’t already) you’ll please start your own diary, too.

I don’t have rules for what I put in my diary, but I try to write every day. If my previous impulses were to take to social media to complain, to scream, to subtweet, my impulse now is it to get it down with a felt-tip pen. Every single thing goes in: my dumb dreams, my dumb love letters I’m too afraid to send to real boys, the dumb anger I want to keep from turning into a series of rage-tweets (don’t act like you don’t know what I mean). Except they’re not dumb. I spent so long censoring even my most vulnerable self, operating in the role of a writer, as someone who is always thinking about edits, about comments, about readers. And I don’t have to think about any of it. I can just write down what’s happening to me. It doesn’t have to be brilliant, or funny, or even appropriate. It can just be me.

Writing down all the parts of myself I’ve deemed unfit for public consumption, or even the ears of my close friends, makes them feel more valid. Sometimes the physical act of writing down how I feel has helped me articulate in conversations what I feel, like some phantom rehearsal of confidence I’ve practiced with my diary beforehand. Making a record of my emotional life helps me feel more comfortable within it, even off the page.

It’s hard for me to simply listen to myself. I’m only beginning to accept and claim spaces for myself where I can be a vulnerable girl and not feel ashamed for doing so. There is a stigma associated with unbridled young female emotion: People think the girl speaking about her feelings is doing so for attention, that she’s vain, that she’s childish. But the mere act of a girl speaking or writing about her feelings (or, in this case, putting them in a book) is powerful, because it creates that space where she is free to speak as she pleases without fear of reproach, and these spaces are few and far between. Even if nobody will take my emotions seriously, I can take them seriously myself.

Like I said before, my life is pretty boring. OK, maybe sometimes it’s cool, but it’s not, you know, “best-selling collection of personal essays” cool. I’m a human who cringes a lot at herself on the regular. Within the diary, I don’t have to be embarrassed about that, or feel the need to refine my thoughts. I don’t have to delete things or rip them up later. What I didn’t take into account when I was a kid: Harriet and Mia weren’t real teenage girls with diaries—they were book characters whose voices were constructed specifically to be entertaining. The beauty of a diary is its messiness and its honesty.

One day, I’ll be able to pick up my diary and know exactly how I felt at every single point of being 20 years old in each of its dark, weird, or just OK moments. I don’t have a diary entry about my first kiss, about prom, or about traveling across the country for Rookie. I have tokens from those moments, but not my words. For someone who puts so much importance on goddamn words, it makes so much sense to get all of my own out, even if they don’t have a destination other than a closed book. ♦