Knowing you’re allowed to love your body is only the first step.

I'm Not So Weird to Me 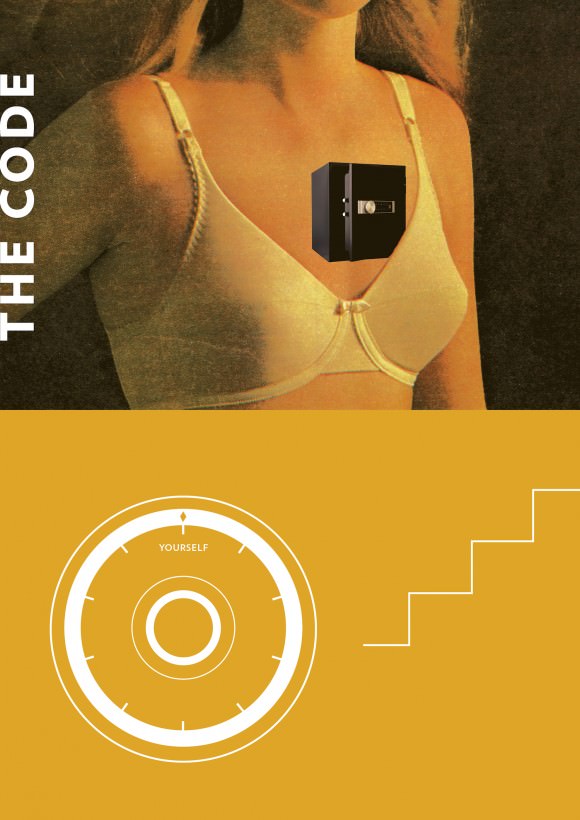 Before I was exposed to “fat acceptance,” a movement that advocates for an end to social, medical, and political discrimination against fat people, I felt awful in my skin. Even in my happiest times, I could never shake the sense that I was too much in size and not enough in every other way—that my fat body made me unacceptable and unworthy. But this new community, which I stumbled upon online, turned my self-perception on its head. I started to see my body as a political weapon, and one that I could be proud of. Society wanted me to cover up, hide, or shrink? I’d show everyone how powerful I was by wearing short skirts, demanding that people notice me, taking up space, and refusing to apologize for it.

After the initial, revelatory wave of self-confidence settled in my bones, I was surprised to learn that there were still days when I woke up feeling awful, when I didn’t want to look in the mirror, or couldn’t feel good about myself, no matter what I wore or how high I held my head. I was filled with shame—but this time it wasn’t because of my body’s mere existence. It was because I wasn’t feeling great about myself every second of every day. Now that I knew what it meant to not hate my body, did it mean I was being a phony, or betraying my fat sisters, when I had negative feelings about it or wished I could look like someone other than me?

I can be the most body-positive person in the world, but that doesn’t mean I will always feel good, or that other people’s projections or prejudices won’t bother me. Since stripping the word “fat” of its power, I’ve encountered other people who are so afraid to confront it that, when I’ve described myself as such—never in a way that is insulting or derogatory, just as a description of my body that feels more right than “curvy” ever did—they’ve jumped at the chance to assure me that, “No no you’re not fat, you’re beautiful!”

I’m here to assure you (and myself) that you can be both, even on the days when you don’t recognize the latter. Every body is worthy of self-love; every body is cool and great and powerful. Having to remind yourself of that sometimes does not make it any less true. Here’s how I do it:

Like any new political perspective, my approach to fat acceptance has changed and grown as I’ve gotten older, just as my views on feminism shifted as I molded them to fit the person I became. I figured out that the label “body positive” suits my outlook more accurately than just “fat acceptance”; while being able to remove all the negative connotations from “fat” was an important step in my self-worth journey, it was equally important to me that all bodies were seen as good bodies, and that none were given more prominence or respect over any others.

In the first few years after I discovered fat acceptance, I felt like people were either with us or against us; that the only two states you could be in were being unhappy with your body (like I was before F.A.) or happy being fat (like I was after F.A.). I know now, though, that someone saying they want their body to be smaller or different is not the same as them saying, “I don’t want to look like you.” Another person’s decisions have nothing to do with me, and they certainly are not making those decisions to rub them in my face. When Beyoncé worked hard to shed her post-Blue baby weight, I once would have interpreted it as a slight against her bigger sisters instead of what it actually was: someone doing what she needed to do to feel like her body was right for her. It took time for me to understand that no women are safe from having their bodies policed, and that it’s not thin women who are the adversaries of the fat acceptance movement, but rather the structures that enforce ideas about what bodies are “good” or “right.”

Here’s something I wish I was told the second I could comprehend language: What other people think about me and my physical self—“good” or “bad”—ultimately does not matter. Their tastes and opinions about me should not inform my own. When I first spoke openly about my newfound acceptance of my body, a guy I knew congratulated me on my positive outlook before assuring me that he would “always be a chubby-chaser.” All of a sudden, I saw myself the way this dude saw me: As a personality-less thing he could fetishize. And he thought he was complimenting me!

I was so shocked and grossed out by his comment. More than that, I was furious that I had worked so hard to get to a point where I could finally share how great it felt to accept myself, and he elbowed in and made it about him (and how special he was for not being “like the other guys”—you know, the ones who are so superficial that they’re only attracted to women for the way they look). I didn’t confront him about what he said, but I’ve encountered dudes like him since–men who make a show of being attracted to fat women and expect me to fall over myself with gratitude that they’re paying attention to me. I’ve found that a clipped, “Good for you,” or, “That’s nice,” says everything I need to: I heard you, but I do not care what you think.

Whenever someone tries to tell me that my worth lies in how attractive my body is to them or anyone else, I try to remember one thing: That other people are irrelevant to my mission, which is to be the flyest version of myself at all times. The only person who has a say in how I look, or how I feel about how I look, is me.

3. I identify my triggers.

Checking in with myself when I sense that my self-love is starting to slip has helped me pinpoint why it’s happening. Over time, I’ve been able to identify a few common triggers:

My period. Like a frazzled lady in a tampon commercial, I always feel bloated and irritable a few days before I get my period. As wrong as I might feel at that specific moment, I know to remind myself that it will pass, and that after my hormones level out, I’ll return to my old self. And until then, you’ll find me wearing leggings 24/7, eating chocolate, drinking peppermint tea, watching Kourtney & Khloé Take the Hamptons, and not giving a fuuuuuuck.

Conversations about diet. I’m all for people doing what they need to do to feel healthy and happy, but more often than not, talk of cleanses and significant dietary changes digresses into talk about weight loss, which can make me feel like shit. I’m happy to talk about new recipe ideas or tricks for adding more green veggies to my dinner, but when calorie restriction is the topic at hand, the message I hear (even if it’s not being said explicitly, or even the person’s intention) is: “I would rather drink this disgusting lemon water than look like you.” I’ve been in this situation enough times that I want a button that says “I survived the ubiquitous green-juice trend of the 2010s,” but it’s also taught me that the best course of action for me is to remove myself from such conversations. If my two instincts in life are fight or flight, this situation is one where I find it best to just GTFO.

Trying to fit in—literally. Nervous breathing and cold sweats can sometimes grip me when I have to do things that put my body at the forefront of people’s minds. Things fat people are often criticized heavily for—going to the pool or the beach, eating in public (particularly when it requires sitting in a tiny booth), traveling on an airplane or other cramped spaces—will increase my levels of discomfort tenfold. I’ve learned to dial up my self-awareness when I start being down on myself and question where all the self-criticism is coming from. There are people who will never stop having issues with my body’s existence in public, so even if I can hear their audible sighs as I squeeze past them on a plane, or feel their eyes on me as I grab a burger on my way home, I pretend to be oblivious. Usually “just ignore it and it will go away” is the least-helpful non-advice ever, but I hold fast to the belief that people’s reactions to my body are theirs to deal with. The times I was most critical of other people’s bodies coincided with the lowest points of my own self-esteem, and I truly believe in the link between feeling good about yourself and being kinder to others. Until they join me in my “all bodies are good bodies” mentality, I’ll be over here, blockin’ out the haters.

4. I’m kind to myself, and listen to myself.

Sometimes thinking so much about my body puts distance between it and myself—like when I sit down and write about it and find I’m thinking about it as a subject to dissect (metaphorically—no scalpels involved) rather than everything from my mind to the fingers that are typing these very words.

(Are you crying yet? Me too.) Trust me when I say that once you accept yourself, not even the low points can make you forget that. Knowing you’re allowed to love your body is just step one. After that comes the hard part: practicing that love when your instincts/other people/your hormones are telling you to do the opposite. But I promise you, it’s worth it. ♦