I turned on her when we needed each other most. 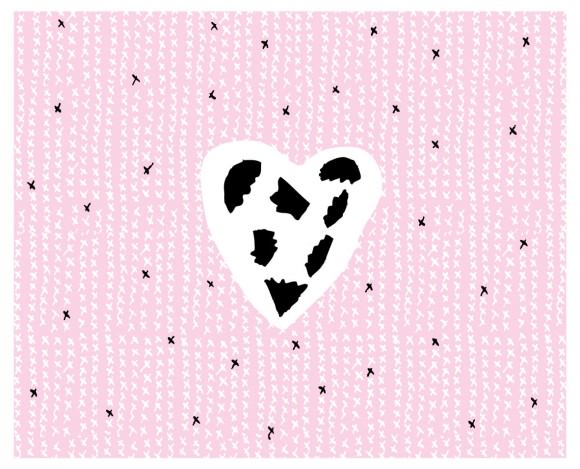 I once hated my best friend. The hatred was so mutually virulent that entire years were lost to us fighting and feeding off each other’s pain, as though our poisonous behavior would be vindicated if we let it consume us. I still regret it.

Beth* and I met when we were 18; I’d just snuck out of my college’s freshman orientation program, and, as I was leaving, ran into a girl with dyed black hair in a Bright Eyes T-shirt. “I like that band, too,” I said, shyly shuffling my feet. I couldn’t have predicted that from then on, we’d be inseparable. In our Ohio college town, we both felt like aliens. We couldn’t relate to the football-party atmosphere. Nights spent dancing to pop punk, robust online hangouts that complemented our IRL ones, trips to indie record stores and abandoned buildings—everything we did together felt so much more potent than what was happening outside our doors.

But then Beth and I both got boyfriends. Mine was extremely charming; hers was into hardcore, like she was. The boys didn’t know each other before they met through us, but they bonded over their mutual love of drinking and talking shit about people they knew. The four of us started hanging out, basically every day. My boyfriend would pick me up in his car, then we’d drive over to Beth’s to get her and her boyfriend. We usually just cruised around town, then would go to one of our apartments to get drunk. It became our almost-daily routine, and there was an unspoken assumption that no one would deviate from it. Beth and I weren’t alone together anymore, really.

Early in my relationship, I suspected my boyfriend was cheating on me, and he was. We fought constantly—in front of Beth and her boyfriend—about his infidelity, which he’d usually say was my fault or something I was just making up. Beth and her boyfriend were fighting a lot, too—he was insecure, and had a way of acting like he hated everyone, including her. From the front seat of the car, I could hear him tearing into Beth with vicious remarks. I could sometimes hear her crying, but I didn’t say anything. I was drinking a lot those days, and not paying much attention to how I—or she—was feeling.

Beth was the first to break up with her boyfriend. But instead of being there for her, I sided with her ex, who would tell my boyfriend and me countless stories about how she’d cry and get upset with him—and about how “crazy” she was. What he saying about my best friend should have alerted me to finally get the hell away from both boys. Instead it made me feel justified when I stopped talking to her entirely, and without warning.

When she realized I’d cut her out, what was left of our friendship exploded spectacularly. We actively avoided each other in public, so the only way we could strike at one another was through our few mutual friends and shared online spaces. Our online lives became filled with mutual insults and passive-aggressive threats that often escalated into full-on fights, which themselves threatened to erupt in real life at times. We used LiveJournal and MySpace to write angry missives and perpetuate rumors: Beth once insinuated that I was a drug addict, and I felt no shame in condescendingly mocking her struggles with money. We were initially drawn together by a mutual disillusionment with the world; after her breakup, we unleashed toxic hate on each other instead.

Beth and I eventually gave up our online war in favor of a far more subtle hatred: We simply pretended the other didn’t exist as we clawed our ways through separate lives. But even though we weren’t speaking to or about each other, my thoughts turned to her all the time. Sometimes I’d sit crying on my fire escape, wishing she were there.

Two years later, I left my horrible boyfriend, too (the cheating never stopped, and neither did the gaslighting). When I did, I found myself completely alone. Without him—or Beth’s ex, who hadn’t show me much kindness before or after my breakup—there was no one left to catch my fall. I was devastated, but I still couldn’t make the connection that Beth had gone through something similarly painful, too.

The abusive ex and I continued an on-again, off-again affair that lasted for a couple more years (later, I learned that this was part of the cycle of his emotional abuse), and I knew that leaving Ohio was the way I’d make it stop. I moved to Alaska, and soon after I emailed Beth. I told her I missed her, and that I’d been thinking about what happened. At that point, I didn’t even apologize—I wasn’t sure she’d be receptive.

When she replied, she was civil: I’m sorry that happened to you, but I’m still hurting over what happened between us. I had said so many terrible things about her that she was wary of my intentions at first. But when I replied that I wanted to talk about the abuse we’d both suffered through—and to say I was sorry—she opened up. Beth had become a social worker, and was key in helping us recover from what we experienced with our boyfriends, and each other. She gave me the language to express the pain I experienced in my relationship, and I was finally there to listen to her.

A couple years ago, Beth and I took a vacation together to California. As we drove through Joshua Tree, we talked for a long time about how we could have helped each other so much sooner, and about how much easier things could have been for both of us, if we’d remained a combined force. But to look back and wish things were different is useless. We’re both still angry at the world, but nothing in it will tear us apart again. ♦

*Not her real name.