Beyoncé dressed as Janet Jackson, goth Portlandia, and the many other wonders of this week.

I have nothing but respect for the video game critic and feminist Anita Sarkeesian, who has been braving an onslaught of foul and violent blowback for her critiques of the super-sexist video game industry and the #GamerGate movement. Stephen Colbert had Anita on his show for an interview this week, and she was smart and to the point about female characters in video games: “Maybe the princess shouldn’t be a damsel and she could save herself.” Yes!

FKA Twigs timed the release of her latest video pretty well—it almost made me forget about the ad for Google Glass she put out last week. (I know some people were down for her dancing in that one, but its corporate tech connotations made me a bit queasy.) “Video Girl” features Twigs death-dropping around a prisoner destined for lethal injection. It’s super uncomfortable (if needles make you squeamish, it’s probably not for you), and its juxtaposition of pop-culture and politics is ambiguous and thought-provoking in just the manner I’ve come to expect from this transcendent artist.
Brittany 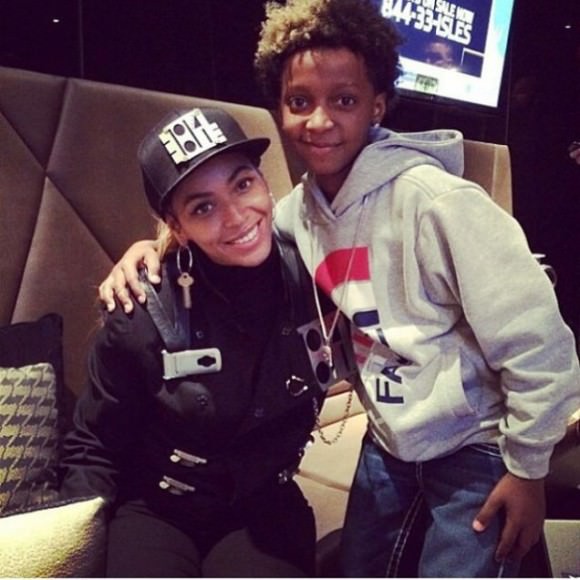 Photo via That Grape Juice.

Janet Jackson is at least a little bit present in everything Beyoncé does, but Bey can’t help but be influenced by the pop icon who really set the precedent for young performers who transition seamlessly into adult careers AND made some of the best albums of the ’80s. Understandably, I’m freaking out over how EXCELLENT Beyoncé’s Halloween homage to Janet (Ms. Jackson if ya nasty) is. This year, she dressed as Rhythm Nation-era Janet, wearing the military uniform Janet wears on the cover of her highly influential, successful and UH-mazing concept album Janet Jackson’s Rhythm Nation 1814, which is all about social change. What a great combination these ladies are!
Shriya 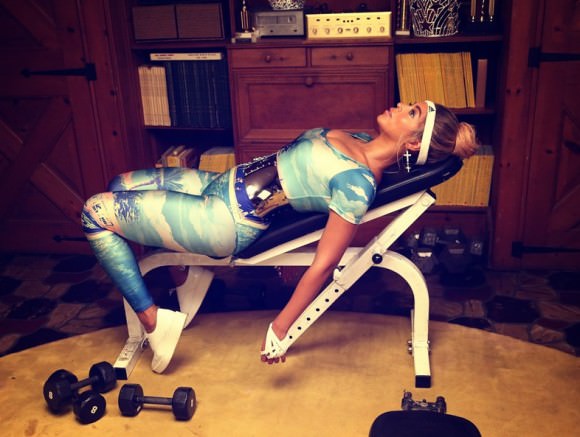 More on the Bey beat: This week, Beyoncé announced that she’s teamed up with Topshop to make sportswear with her new clothing brand, Parkwood Topshop Athletic Ltd. This is not Bey’s first foray into fashion: 10 years ago she had a line called House of Deréon with her mother, Tina Knowles. Unfortunately, we have to wait until next fall to see Beyoncé’s creations, but (a) at least it’s not another decade and (b) I’m hoping she’ll drop us some teasers between now and then!
Gabby

The story behind the internet’s greatest Halloween video, aka the “KXVO Pumpkin Dance,” was revealed this week, but, honestly, I’m left with more questions than answers… 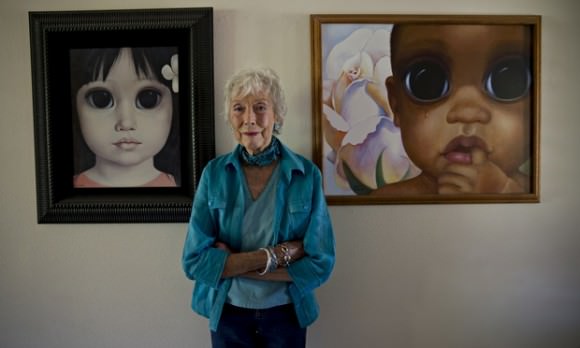 Photo by Robert Gumpert for the Guardian.

If you’ve never heard the story of Margaret Keane, an artist whose work was sold under her husband’s name for years while he virtually forced her to paint pictures of big-eyed children, read this article! It’s truly upsetting, but, luckily, Keane is getting the recognition she deserves in an upcoming Tim Burton biopic about her life.
Amy Rose

Darling Meredith‘s band, Perfect Pussy, played at the Pitchfork Music Festival in Paris, and you can stream the whole performance above! Lookit that dervish WHIRL. 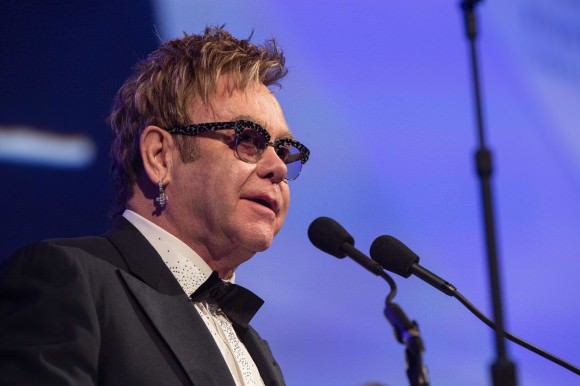 Elton John wrote a moving New York Times op-ed about HIV and AIDS awareness, elucidating how necessary it is that we all continue to stay safe and aware. He focuses especially on the current state of HIV and AIDS in male gay communities and reminds us of the fact that “30 years after the AIDS epidemic began, rates of infection in the United States are still at unacceptable levels. One in eight gay men is HIV-positive.” Talk about it with your brothers, friends, fathers, and uncles. Talk about it with everyone. 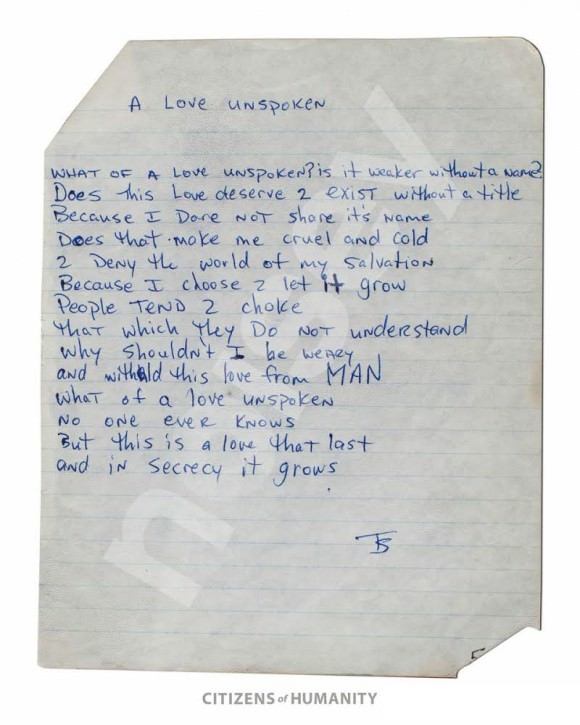 Photo by Citizens of Humanity via Noisey.

These just-released poems by a 17-year-old Tupac Shakur make me happier than God.
Stephanie

IFC gave us a sneak peek at the upcoming season of Portlandia, which will be beamed on to our TV screens in January. It shows Carrie and Fred going “full goth,” which, YES. As someone who was once a very serious teenage goth and is currently an enormous Portlandia fan, this pretty much made my Halloween week.

Thanks to Bryan Davis for this photo of our #Lynx pouncing on #pumpkins Happy #NationalCatDay pic.twitter.com/N3yF5gLyLK

National Cat Day fell on Wednesday and I was pleased to see my computer screen glutted with adorable kitties and this joyful, Halloween-spirited lynx pouncing on a pumpkin in Washington’s Northwest Trek Wildlife Park. One of the biggest gems was from MTV.com, which gifted us with 19 photos of cats wearing clothes. There’s a normcore cat, a Lolita cat, and (eeee!) kittens in matching knit frog outfits. It’s almost as good as that time Krista did the Elaborate Pet Photo Shoot DIY. Almost. ♦