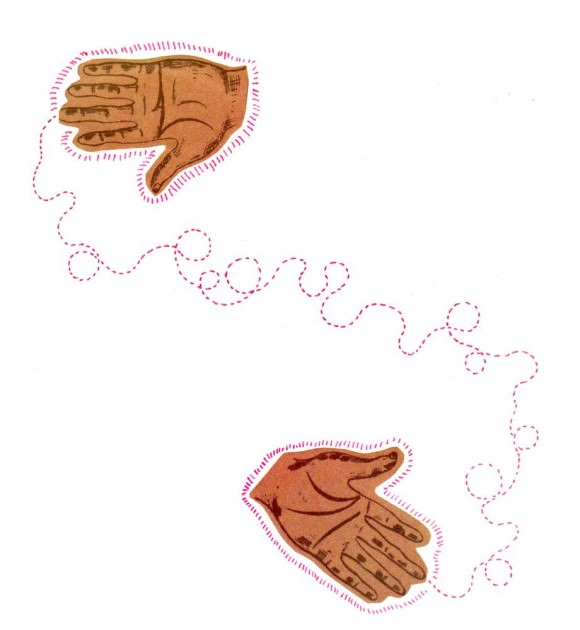 “Do you think you’re going to be alone for the rest of your life?”

The question took me by surprise. Not because it was wrong or inappropriate, but because I didn’t see why it was even a question, especially not one my therapist, who should have known me by then, would ask. To me, it was like asking, “Do you like pizza?” or “Do you plan to continue breathing air for the rest of your life?”

“Well, yeah,” I began, “I just assumed…I can’t really see myself married or being with anyone…” At 17, I had already resigned myself to a life alone. And that was just fine with me. I know that seems weird to most people. To me, anything else is literally unimaginable. I have never been able to picture myself in any type of romantic situation, have never been interested in going out with someone, having sex, finding a date for prom, or any of the other love-related activities that other people seem obsessed with. The weirdest part, to me, is how hard this is for a lot of people to accept.

In high school, every time I so much as talked to a boy, my friends would make a big deal out of it. “Oh, you have a crush on him!” they’d tell me. (I didn’t ever have a crush on him.) “You should go out with him!” they urged. “Ooooh, you wanna make out with him! Yes, you do! Don’t try to hide it!” But no matter what they told me, my feelings about sexual and romantic relationships never changed. My feelings about my feelings changed, however, because no one believed a word I said. I started to question my own feelings: When I felt a glimmer of friendly affection for a guy, I’d wonder, Is this what it feels like to have a crush? If I kiss this dude, will I suddenly have a crush on him, like in the movies? Maybe my friends are right. Maybe I am lying to myself. Should I just go out with him to get them off my back? All around me, “normal” was being defined as “very interested in dating and having sex and getting married.” Every movie, every TV show—and not just the rom-coms—had some important romantic storyline. All my friends ever talked about was their boyfriends or girlfriends. I was always the odd one out.

I briefly had a boyfriend when I was 14, but I froze up every time he kissed my cheek or hugged me from behind. It didn’t take long for him to dump me, citing the “wall between us bigger than the Great Wall of China.” At 17, I thought, Oh! Maybe the reason I’m not interested in boys is that I like girls! But it was just as impossible for me to imagine having romantic feelings for a girl as for a guy.

I got sick of explaining myself after a while. When classmates would nosily ask why I never had a boyfriend or girlfriend, I would just mumble, “Intimacy issues,” and leave it at that. To be honest, for a while, that was what I truly believed. I thought there was something wrong with me, and I wondered if it was related to my depression. I wondered if it was a result of my mother’s having had a string of unsuccessful relationships when I was growing up. I tried to find some reason, some broken piece inside me that would explain it all so that I wouldn’t have to feel weird. I never found it because it didn’t exist.

It took me forever to figure out that there wasn’t anything wrong with me—I just happen to be gray-romantic. Yeah, it was a new word for me too: A gray-romantic is “a person with a romantic orientation that is somewhere between aromantic and romantic,” a definition that requires a couple of sub-definitions: “An aromantic is a person who experiences little or no romantic attraction to others”; while a romantic, you may have guessed, is someone who does experience romantic attraction. There’s also plenty of variation within each one of these categories and subcategories, because no two people feel the exact same way about anything. For example, some aromantic people are repulsed by romance, while some are simply indifferent to the idea. Some aromantics are comfortable with typically “romantic” activities like holding hands; for others, even that is too much. There are aromantic asexuals (people who aren’t interested in sex or romance) and there are aromantic allosexuals (who like sex but reject romance). There are homoromantics, heteroromantics, biromantics, demisexuals, and so much more. The best thing about all these labels is that they’re not definitions so much as tools that we can all use to think and talk about ourselves, and we can pick up different ones as we need them. There are lots of other people like me! And there’s nothing “wrong” with us at all.

At 24, I still have no desire to be in a romantic relationship with anyone, and I am not a fan of what I call “goal-oriented relationships” (the kind that are defined by milestones or “steps” such as anniversaries, first exchanges of “I love you,” moving in together, engagements, marriage, having children, etc., where there’s constantly an expectation to move to some “higher” level of togetherness). I don’t get typical crushes, but I have a lot of “squishes” (a squish is “an aromantic crush, a desire for a strong platonic relationship with someone”) as well as a lot of what I call “friend feelings” or “cuddlecrushes,” where I want to be physically close to someone in a sensual (or occasionally sexual) way. One of my current cuddlecrushes is a great friend of mine with whom I hold hands, cuddle with, and kiss, platonically. You may be wondering how you kiss someone platonically—it’s a bit hard to explain, but basically, I sometimes have a desire for the actual act of kissing someone, but I don’t attach romantic feelings to that urge, nor do I want it to lead to sex. I love hanging out with this friend, but I don’t have any romantic or sexual feelings for him. Does that make sense?

My life is filled with many wonderful and amazing relationships that don’t qualify as romantic but do contain varying types of intimacy, such as: holding hands, cuddling, long conversations about lives/needs/desires, crying together, making out, having sex, sleeping together, cooking together, food shopping together, sitting in silence together, going to parties together, taking care of each other when we’re drunk, texting several times a day, reading each other’s writing, trying new things together (food, activities, events), checking in with each other, and more. Some of my relationships contain all of the above (though not all the time, because desires and needs fluctuate), but most are a mix and match. My relationships are expectation-less. Just because we’ve made out once doesn’t mean it will happen again, and making out doesn’t mean we’ll eventually have sex, or that we’ll eventually “date.” There are no steps, and nothing leads to anything. Everything is what it is, and only what it is. I no longer feel broken or like I’m missing out on anything. In fact, I feel more comfortable with myself than ever before, because I finally know what I want, have words to describe it, and know that there are other people who feel the same way.