How to Lose Your Best Friend

BFF breakups are hard, but you’ll find a way to keep on jamming. 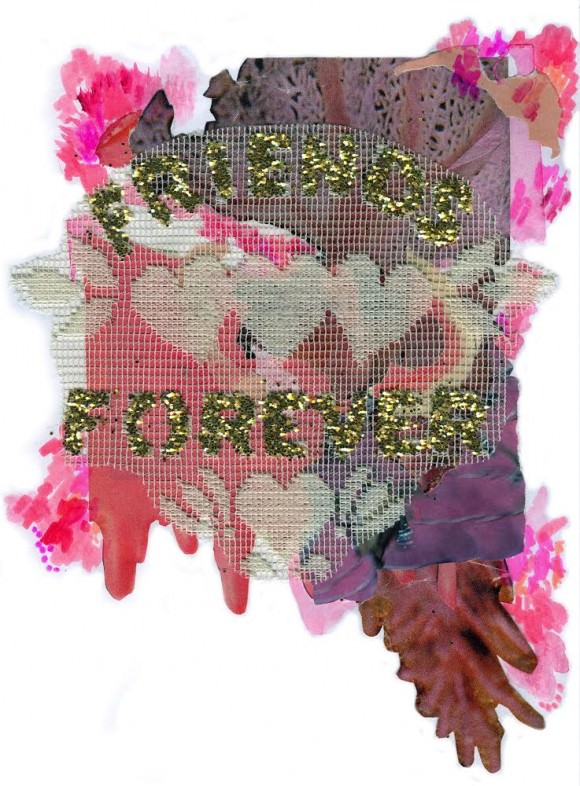 Sixth grade was a big year for me. It’s when I met one of my best friends, Claire *. We were nearly inseparable—when we weren’t dicking around together at school, we were in each other’s rooms talking about the boys we wanted to kiss, the people we mutually hated, and everything else in our lives. When it was just her and me, it felt like nobody else mattered. We were two halves of a whole, and we would always have each other. Or so I thought.

At the dawn of eighth grade, I sensed a new distance in our relationship. One day, I realized that Claire had seeped into the crowd at the back of the lunchroom rather than sitting next to me. I had run into her talking to her new friends in the hallways or after school before, but when I saw her at their table, I realized she was joining a new circle. Without me. We continued to talk for a while after that one afternoon at lunch, but after it became clear that I wouldn’t be joining her new crew (long story short: they were into drugs; I wasn’t), our conversations began to dwindle.

Eventually, she stopped picking up my calls altogether. At school, the hallways seemed to narrow anytime I saw her in passing. When I nervously raised my hand to wave or tried to muster up a “hello” at our lockers, she looked the other way, and I’d get this feeling that my chest was filling up with air, then suddenly emptying, like I was about to do one of those hiccup cries. (Later in life, I would realize these were panic attacks.) It took me a while to figure out that I was being left behind. After a few of these heavy-breathing fits, it finally dawned on me that her strange behavior wasn’t just coincidental. It was a dismissive, purposeful disinterest in our friendship. I felt that I had been not just ditched, but recklessly betrayed, without warning or explanation. How was I going to live without the person I’d confided in so deeply, and so often?

It was hard for me to come to terms with losing her. I thought I was this untamed monster of a person who couldn’t control her emotions. I cried on my walks home from school, while watching TV, and under the covers. I was grieving, and while it felt horrible to deal with all the feelings that came with that, it was also helping me cope. Because being sad about a breakup with your best friend doesn’t mean you’re an untamed monster. It means you’re a human being who’s reacting to a hard situation, and almost everyone goes through this particular kind of heartache at some point. If that point, for you, happens to be RIGHT NOW, here’s what I learned about handling those feelings fairly and helping yourself feel better. Because you WILL feel better! With that, I present to you…

1. Becoming irrationally concerned about the well-being of your bestie-no-more.

When I first found out my BFF was hanging with what I considered a rough crowd, I thought she was going to die. I know that might sound melodramatic, but I really thought that something really bad was going to happen to her, and that I wouldn’t be there to have her back if anything came crashing down for her. I thought that the absence of our friendship was going to be fatal. In a deeper sense, though, I was really just scared of our not being friends anymore, so I conflated these two fears instead of fully owning up to the latter one.

If you can get ahold of your friend, don’t try to “save” them. Ask them what the deal is, and if everything’s all right. They might refuse to answer or shrug it off…and that’s their right! Their life is their own, and while you can tell a parent, guidance counselor, or other trustworthy adult if you’re seriously concerned, you have to accept that you don’t get to make their choices for them—just as my friend couldn’t convince me to get involved with the new friends and experiences she was pursuing. Sometimes, a person needs to try new things with different people. In most cases, this probably doesn’t mean they’re in serious mortal danger—just that, as a teenage person on planet Earth, they’re growing up and changing, and that’s OK.

When I talked to the friends I shared with my ex-BFF about the fact that I was concerned (and “concerned”) for her, I got the impression that everyone, including her, was gossiping about me. I heard from one girl that my ex-BFF called me a poseur—the ultimate diss at age 13, when I was trying so hard to seem ~authentic~. Another told me that it was kind of lame that I didn’t do what everybody else was doing (read: living that rebel life), which was why they didn’t want to be associated with me. It was like nobody cared about my feelings. While this was wrong and mean of them, I wasn’t totally innocent here. I was kind of sabotaging any possibility that someone could be on my side, since I kept pestering them, which was probably annoying. Again: Let the person breathe a little bit, and don’t try to invade their privacy about things they clearly don’t want to share with you. It might help you catch your breath, too. (This is especially invaluable if you’re having panic attacks in front of your locker!)

After a couple weeks, I drummed up the courage to sit at Claire’s lunch table and ask her what was going on. Unfortunately, it was kind of a lost cause—we were in front of other people, and I think she was a little surprised by my just plopping down across from her, so she just mumbled something vague instead of giving me a definitive answer. If you feel like you HAVE to try to repair the friendship, approach your friend without being accusatory. Ask her questions about what’s going on with her instead of telling her what you think her deal is—instead, focus on how you’re feeling, and try to examine whether you had a role in the breakup. Try something like, “I miss you and I feel like we’re not as close as we used to be. Our friendship is really important to me, so I wanted to make sure everything’s all right with you, and that I didn’t do something to hurt your feelings.” Be warned that, if your friend wants to take this opportunity to be mean and answer, “You did…BY BEING A POSEUR!!!” instead of telling you her real feelings, the distance between you might stretch exponentially. At least you tried despite how difficult confrontations can be, which is a little victory to sort of celebrate before…

4. Getting totally fucking pissed off.

At this point, it’s been weeks, and your ex-friend is still giving you radio silence. If you’re not thinking, “Fuck them!” over and over again, you’re loudly letting other people know that you really don’t care “what the deal” truly is, as long as you don’t have to be a part of it. Deep down, however, everything is hurting. I was hurting so much that, when I thought about Claire, it felt like a sharp physical pain piercing all of my insides. Even when I wasn’t explicitly thinking about our crumbling relationship, a duller version of that pain lingered, reminding me that it could strike again at any time.

* Not her real name.