The Girls Want to Be With the Girls

Some notes on bisexuality. 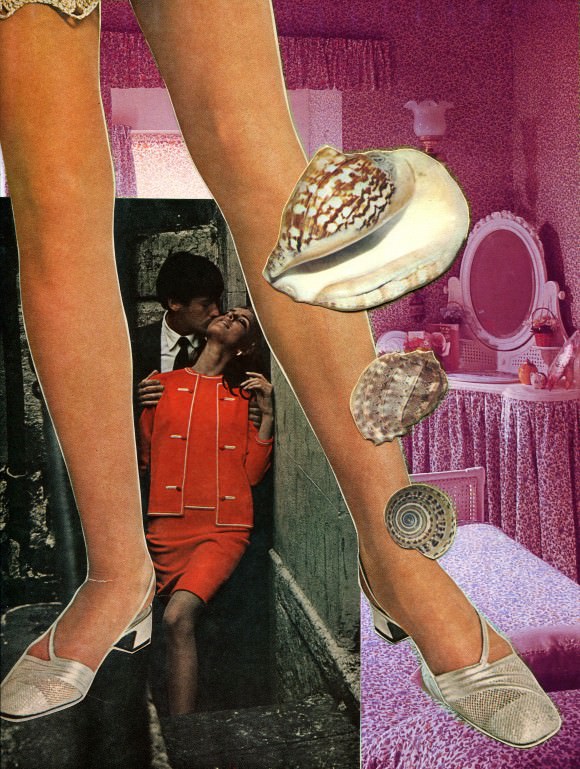 As a teenager, I knew I wasn’t a lesbian because I really liked guys…but I also really liked making out with Cara Cahayla on a lark one day in seventh grade, and Rebecca B. outside of a Baptist youth group I went to every week after in order to see her (although we were asked to stop coming when it became clear that our idea of fellowship wasn’t really in keeping with the pastor’s), and all my girlfriends in freshman year of college after promising to “teach them to kiss,” a move which might have been lecherous if they hadn’t suggested we go over that particular syllabus together first.

Bisexuality seemed like the rightful territory of people who dated guys and girls (and, sometimes, other genders) in equal measure, and that certainly wasn’t me. (Yet.) I didn’t want to step on the toes of an identity that didn’t “belong” to me by claiming it when I didn’t know what I was. I didn’t make a point of identifying as anything other than straight until I was 17, when I got to college and told people I was bisexual for ease of girls knowing they were welcome to enroll in my vehemently unaccredited private frenching seminar (and there are plenty of other identifying names, among which you might find just the right title[s] for your particular sexualité.)

Basically: My pervhood knows no limits!!! I’m actually not a perv, though, no matter how sprawling and manifold in scope my crushes may be. I’m just a person whose heart and anatomy are primed to love up my own personalized bracket of multi-gender crushes, and I never understood why that was supposed to be confusing, wrong, untoward, or indicative of any fact about me besides “not straight,” if it even meant that in the first place (and it doesn’t have to). Something tells me more than a handful of you New Romantics out there can relate to this feeling…and that something is, rather than any extra-special adeptness on my part, you yourselves, via our Just Wondering advice-question email inbox! Some recent letters from you, to us:

I recently realized I’m bisexual. I’ve never been with a girl, and though my boyfriend is my best friend, I feel like I’m missing out on the opportunity to be young and experimental. Girls sometimes express interest in me, and I fall for them, too, but that feels like I’m cheating on my boyfriend! I don’t want to end our relationship on a bad note—I don’t really want to end it at all, but I don’t know how I’m supposed to sleep with girls and stay with him.

I’ve known I’m bisexual for almost two years. In the beginning, I was so focused on coming out to myself, but now I want to come out to my friends. I’m afraid of becoming ”a bisexual individual” instead of ”an individual.” My friends have said some bi-phobic shit (talking about ”what a trend/fad it is right now”; saying that a bisexual girl at their school has been ”showing off,” etc.). At moments like that… I just want to cry. I feel so lonely. What on Earth should I do? —F., 17, Sweden

In all of these situations, here’s what you should do not only on Earth, but also if you happen to discover other planets on which multi-gender romances and sexual congresses are de rigueur (and if so, yo, take me to your leader!):

Look at your hands. Take one of them and put it on the other one. Think, I am always going to be this person, so I had better be kind to her/me. (Take a minute to laugh at yourself for being so EARNEST and SELF-HELPOID as you do this.) Then think about how egregiously lovely it is that you are equipped to lust after/love/otherwise appreciate mad people in this world, and how many other people feel the way you do, or at least will see it for the A+ part of you that it is, if they aren’t personally attracted to more than one gender.

If, after reading that, you’re steaming up after on some tip of, Uh, these girls just wrote that they DON’T see that yet, and I, as someone in a similar situation don’t, either, and you’re telling us to LITERALLY hold hands with OURSELVES and pretend we do anyway? How…dare you? How very dare you, look, I understand. But! The evidence above is only the wispiest sliver of a shadow of the scads and scads of emails we get about same-gender attraction. There are so many of you who are furtively hurting or self-conscious on this front because you’re not yet aware how much of a community is all around you—though you will be. This is further proven by the Rookie staffers who offered their own tales and advice about liking GIRLS, GIRLS, GIRLS…in tandem with whomever else you’re into, too.

I gave the timeline synopsis of my sexuality here—basically, when I was a freshman in college, I identified as bisexual…but my darkest secret was that I was “fake bi.” I saw myself as all talk, no walk, because I had only made out with a couple girls a couple times, all years before and I was terrified of doing it again because, What if I’m bad at it, or a disappointment, or…

At 19, I experienced a specific moment that allowed me to identify as whatever I felt like without feeling like the Sex Label Police were going to serve me a court order for felony crimes of Inauthentic Identity. In a gender and sexuality class discussion on the sex researcher Alfred Kinsey’s grading system, I learned that Kinsey’s classification was created because he found that many people’s sexual experiences weren’t reflective of the plain desire for same-gender action. There were many stops between gay, bi, and straight! So what if you were a girl and always wanted to kiss a girl, but you never got to do it because the idea was terrifying, and instead had sex with dudes your whole life because they were there and it was pretty fun? (*COUGH* ME ME ME!) Maybe I was a Kinsey “5” for desire and a “1” for IRL action, and that was fine—just more complex than I thought.

Don’t feel like there’s something you need to do RIGHT NOW in order to figure out what’s right or wrong for you. Take your whole experience into account (fantasy, history, desire, lived experiences—all of it), accept that this is where you’re at, and go from there. You don’t need another person to be “what you are.” Look no further for proof than my friend Z., who when I told about my recent decision to identify as a “sex weirdo,” responded “Can I identify as someone who just wants to be left alone?” The answer is yes! I love what Tyler just wrote in “Flying Solo“: “The best thing about all these labels is that they’re not definitions so much as tools that we can all use to think and talk about ourselves, and we can pick up different ones as we need them.”

I always joke that I never “came out” because I was never “in.” When my friends first started gossiping about their crushes, it always felt normal for me to express interest in boys and girls right back. It didn’t always play out that way in real life, though, and up until high school I had romantic contact exclusively with hetero cis boys. When I was 15, I met someone special enough to change my perspective on relationships and gender in total. At the time, I had a high school sweetheart—a wonderful older boy from a different school, but this new person—a girl from the Catholic school across town whom we’ll call C.—fanned the flames of my desire for non-boy people in a way that felt beautiful and dangerous.

At my first summer job at a coffee shop, C. often came in, wrote love notes on brown paper napkins, which she wadded up into balls and tossed at my head while I made cappuccinos. Because of my hazy relationship status, the two-CD mixes she gave me prominently featured the song “Shadow of a Doubt.” I had that same feeling the Rookie reader with the boyfriend is describing: falling so hard that it feels like you’re cheating, even though you’re only getting to know someone. By the end of that summer, the fire had grown large enough to collapse the foundations of my extant relationship. C. and I fell into a tremendous, melodramatic love affair. When I had what I really wanted, that feeling of missing out and any emptiness that came with it just went away. Yes, I missed my boyfriend sometimes, but I felt fulfilled in so many ways: Not only had I met someone wonderful, but I had validated and subsequently asserted a crucial part of my identity. It helped me understand better who I was, and made me stronger as a person.

If you feel like you’re missing the boat—if you’re falling for girls and want to be young and free but your boyfriend is impeding you—it’s time to really take a long, hard look at what will benefit you most in the long run. The thing about relationships is that you always have a choice: You can stay with him now, because it sounds like he’s very important to you if you don’t really want to break up with him at all. Once the desire to be with other people becomes too overwhelming, reassess. Or, you can reevaluate and redefine your relationship to allow for each other’s presence while not putting pressure on either of you to be romantic, so you can still enjoy his company while also freeing yourself up for that youthful experimentation you’re after. You will have the rest of your life to experience other people, starting right now. It’s up to you to assert your needs and decide what—and who—will be best for you in this moment.