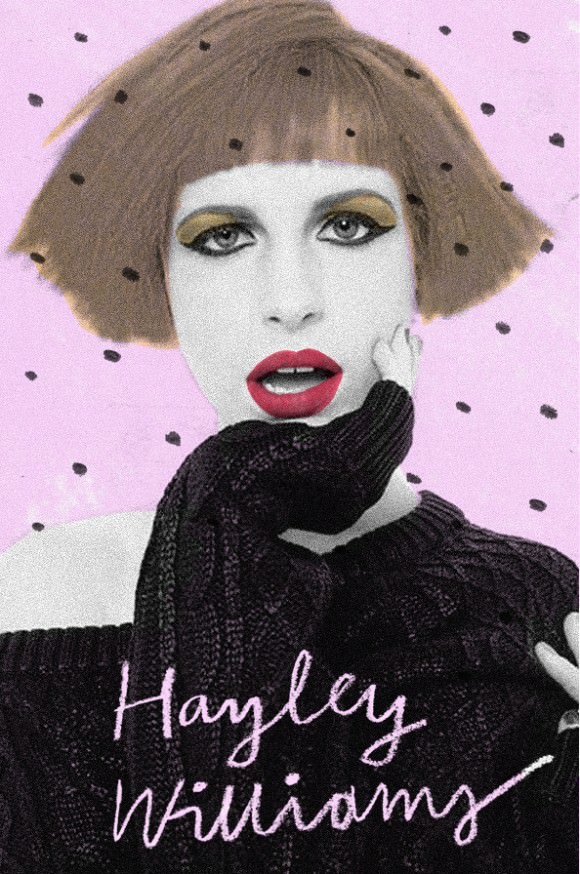 We’ve been mad obsessed with singer/songwriter Hayley Williams since her band, Paramore, dropped Riot! back in 2007. Maybe it’s because of her absolutely commanding stage presence, or her signature fiery orange hair, or because she writes sugary soulmate anthems like “Still Into You,” which we’ve been playing on repeat for a year, or… the infinite other reasons why she’s just SO COOL?! We were thankful Hayley made time last week to talk to us on the phone about five of the things that have been making her smile.

1. My duet with Joy Williams. It’s completely shameless, but I’m so proud of the re-release [of Paramore]. I re-recorded vocals on our song “Hate to See Your Heartbreak” with Joy, who was in the Civil Wars. She and I have been friends for so long. It was such a wonderful way to bring our friendship full circle because I’ve loved her voice since I was a kid, and I always wanted to sing like her. It’s the prettiest song on our album.

2. Tennessee. I’ve been spending a lot of time out in L.A. these past few years because we made our record out there. I really like L.A.—it’s chill and nice—but there’s nothing like home. A few weeks ago I got home, and it’s gorgeous. We have all these nice hills and trees. It’s magical. I feel so calm again—it’s exactly where I’m supposed to be.

3. iPhone 6 Plus. It’s a little ridiculous. I don’t know why I thought I needed it because it’s massive. It doesn’t really fit in my jeans [laughs]. But I was playing around with it on some kitchen app, and the videos of this guy cooking were so beautiful that I had to have this phone.

4. Alf the dog. I had a dog when I was kid, and it got hit by a car. It devastated my soul. I never had a pet after that because I think I was a little traumatized. I just got a dog this year. He’s a golden retriever and poodle mix. I decided it was time, and my boyfriend and I got Alf. I named him Alf after the alien from my favorite TV show when I was a kid. It just so happens that my Alf has turned the exact same color—he’s transforming into his namesake.

5. Target. You can actually have a really amazing, fun time with your friends at Target. I tend to gravitate towards the beauty and cosmetics aisles and the natural shampoos and lotions. I buy Dr. Bronner’s soaps there because I’ve used them for years. They carry J.R. Watkins, and they have this scrub with coconut in it. Honestly, I can’t believe Target carries all these brands that are so clean. It’s a massive chain, they don’t have to be that cool, but they are. ♦