How to be an ally without being all self-congratulatory about it. 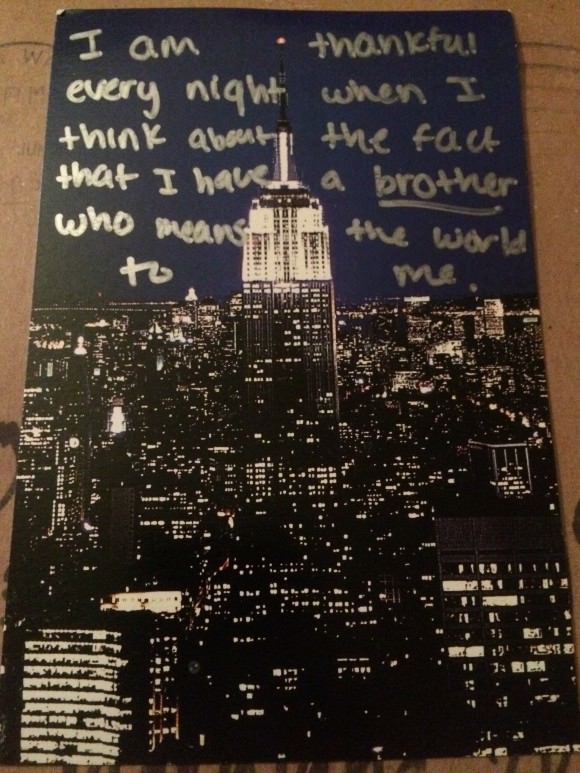 A note from me to Jonathan.

The moment I met Jonathan, I knew he was the one. We were both freshmen at the same high school. He was funny and sweet and wore a hoodie that bore the name and smiley face icon of my favorite band, Nirvana; I was drawn to him immediately. He quickly became the brother I had craved my whole life, and the best friend I needed.

The next four years had the usual highs and lows that teenage angst, high school stress, and unavoidable growing pains can inflict on your life. Jon and I got closer, then pulled away from each other, over and over during that time, but every time we came back together, our bond was a little stronger than before. Senior year, we texted constantly, hung out at his house on weekends, and were basically joined at the hip. We became close to each other’s families. My mom immediately adored and trusted Jon; she would joke about us getting married and having a son she arbitrarily named Hugo.

After a while, she gave up her dream. She started asking, without judgment, if Jon was gay. I felt uncomfortable with this line of questioning. Jon had never called himself gay; he had even dated a girl in our class off and on. I told my mother this. She didn’t seem convinced.

At our last homecoming, Jon reunited with that on-and-off girlfriend. I was happy for him, but something felt off when I spent time with the two of them. I ignored that feeling, figuring it was probably just residual resentment from a long-ago falling out I’d had with the girl, coupled with jealousy over Jon’s prioritizing her over me.

A week later, he sent me a cryptic text: “Can we talk? I really need to tell you something.”

That Saturday, we went to our favorite Starbucks. Over our hot drinks, his leg shaking nervously under the table, Jon said, “I don’t know if you know this, but I’m gay.” His eyes welled up.

I grabbed his hand and said, “I know.”

Then we cracked up.

The conversation that followed was totally relaxed. He asked me how I knew and I told him stuff I’d noticed over the years, how enamored he seemed of some of the older boys at our school, and how oblivious to the crushes girls had on him. He confessed all the crushes he’d kept from me for so long, and I confessed mine. By the time a friend of his mom’s came up to say hi, essentially ending our conversation with a jolt of awkwardness, an hour had passed and our coffee was cold.

I feel obliged to admit that, in my very juvenile way, I had always wanted a Gay Best Friend. Years of watching Will & Grace and The Birdcage and The Object of My Affection had stoked in me a desire for a person-as-an-accessory, someone I could go shopping and see musicals and talk about boys with. Of course, when your best friend comes out as gay, the Gay Best Friend trope doesn’t seem so desirable anymore. It seems dehumanizing. I realized I had a lot to learn. For example: How do you properly support someone when nothing you’ve experienced has been like what they’re going through? How could I be a straight ally without being all self-congratulatory about it? Here are some of the lessons I learned. If you love someone different from you, with different struggles from your own, maybe you can learn from my mistakes, and from how I was able to fix some of them.

For a long time, I was the only one who knew Jon was gay. He had to become more comfortable with himself before he could be totally out. In the meantime, I knew I could never so much as hint at his sexuality in front of anyone. Instead of talking, I mostly listened. Since I knew I was the only person he could talk about any of this with, I kept my phone on and stayed logged in to all the social media accounts we spent too much time on.

We soon realized we needed a code—a language that we could use to talk about crucial facts like which of our crushes had just entered the room, without being found out by anyone listening in. Names like Code Red came out of thin air but became important. But I still had more I wanted to say to him. So I started making him mix CDs, adding songs that expressed how proud I was to watch him taking charge of his own identity. The music became the pulse of our friendship, a still-lingering score that we can’t (and don’t want to) escape. We still have to hug and cry together any time Cyndi Lauper’s “True Colors” or P!nk’s “Glitter in the Air” come on.

I knew I had no advice to offer Jon; I had never had to keep some essential part of myself a secret. Instead, being the pop-culture nerd I am, I sought out cultural experiences and products for us to share. Glee had just started that year, and the episode where Kurt came out to Mercedes aired around the time Jon came out to me. We spent that spring watched the entirety of Queer as Folk via YouTube rips, marathoning RuPaul’s Drag Race, various documentaries, and whatever was on Logo. I wasn’t trying to condescend to Jon by feeding him THE GAY TOUCHSTONES OF OUR TIME. I was hoping that maybe seeing people like him on TV and in movies would help him the way discovering black female rock musicians and music writers had helped me.

By the end of senior year, Jonathan had come out to his entire family, all of whom gave him their complete support. Our friends were just as happy for him; we made plans to attend Chicago’s Pride Parade as a group. (I say “made plans” because Jon and I never made it—we were tuckered out from the two other Pride parades we’d attended that month—one in Denver and one in Milwaukee.)

The most important lesson I learned from supporting Jonathan was that sometimes just showing up is enough. Going to Starbucks, texting back, and responding to every note can be the most important part of being an ally.

Nearly a decade later, Jon and I are closer than ever. He is still the first person I text or call when something important happens in my life. At the end of high school, we were granted the superlative of “Closest Best Friends”; the yearbook included a photo of us hugging, in coordinated outfits and our matching Jac Vanek besties bracelets. 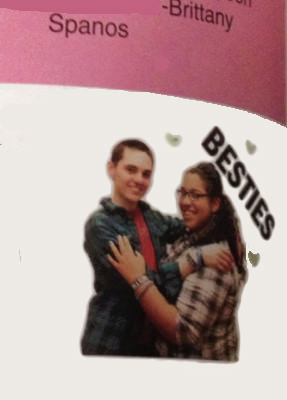 Even our senior quotes were connected: