Workin’ for the Mouse

Behind the scenes at Walt Disney World, from someone who’s been there.

Processes of Enfreakment: An Interview With Kate Berlant 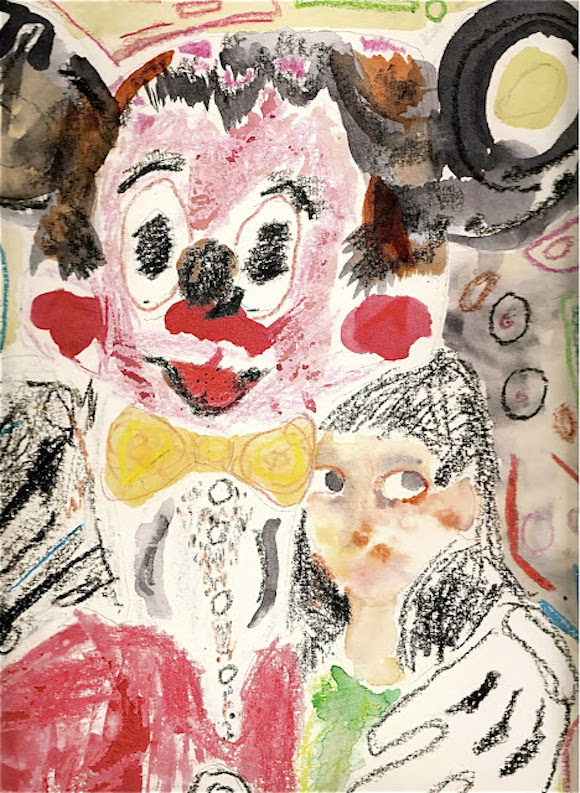 People who apply for internships at Disney’s amusement parks—Walt Disney World, near Orlando, Florida, and Disneyland, in Anaheim, California—tend to be one of two types: those who love all things Disney and have been dying to work there since they were seven, or college seniors with no idea what they want to do with their lives. In 2012, I fell into in the latter category. About to get my undergraduate degree and intimidated by the prospect of hitting the job market in my chosen field (the music industry), I thought escaping to Disney World for a few months while I figured out my next step sounded like a great plan.

I applied for, and eventually got, an internship at Disney World through the Disney College Program. The DCP is a semester-long paid internship available to students, age 18 and over, from anywhere in the world. I learned a lot there, both about the inner workings of the Disney empire and the inner workings of me; and I’m here to share some of that insider info with you. So, if you’ve ever wondered what it’s like to work for the Mouse, read on!
I. Applying for the Internship

The College Program application process is pretty routine: You fill out a form with your normal boring personal information: where you’ve worked, where you go to school, blah blah blah. Then you choose which location you want to work at: Walt Disney World in Florida or Disneyland in California. I chose Florida simply because apartment rents there were cheaper. If you don’t care which one you end up at, you can choose both.

Then there’s a list of “roles,” or job descriptions, to choose from. You’re asked to rate each one based on your level of interest. A lot of people check the “high interest” box on every single one of them, with the rationale that the more jobs you say you’re interested in, the more likely it is that you’ll be chosen for one. Sounds smart, but DO NOT DO THIS. No matter what position you’re chosen for, you’ll be stuck in it for five to seven months—you can’t switch roles once you’ve been selected. So if sweeping up popcorn and taking out trash for six hours a day isn’t your idea of fun, even if you get to do it in front of Cinderella’s castle, definitely check “no interest” under Custodial. I remember entering a “no interest” level for Attractions because, while I love riding roller coasters, the thought of being responsible for operating one makes me super anxious. I ended up being chosen for Quick-Service Food & Beverage, which is a complicated way of saying fast food.

The next step, if your application is found satisfactory, is what Disney calls a “web-based interview” but is actually just another form to fill out, this one much longer than the initial application. The “interview” comprises a bunch of those annoying “Is this a trick?”–type questions about your personality and work ethic. Immediately upon submitting your answers online, you will be told whether or not you’ve been “selected” to move forward to the next step: the phone interview.

My interviewer asked me, in a voice that sounded exactly like a robot’s, some follow-up questions about my “high interest” in certain jobs on the application form and about my previous work experience. Don’t worry if you have zero work experience: I met lots of people in my internship program who had never had a job before.

You might have to wait a LONG time to hear back after your phone interview. I had to wait a whole month to find out I was rejected. That’s right—I was rejected, with no explanation. But then, two months after that, Disney must have realized they had made a horrible mistake, because they called again to offer me a position! I’ve been told that doesn’t happen often, so I felt pretty lucky. I moved to Orlando that August, eager to begin my Disney adventure.
II. Orientation

The day you arrive at your chosen Disney park, you enter the Casting Center: not a place but rather a week during which you meet the other interns, get your room assignment and official ID, and fill out a ton of paperwork. This week is also used to familiarize you with lots of arcane Walt Disney Co. rules, like the Disney Look, the resorts’ own, super-specific dress code. There are way too many dress-code guidelines for me to list here, but some of the more ridiculous ones I remember were that your fingernails have to be a specific length, you can’t wear certain types of eyeglasses or makeup, and you have to wear your hair in a “natural-looking” style. During one Casting Center session, I remember, they asked a girl to take off her headband so they could make sure her hair was really hers and not a wig. (I’m not sure why—the Disney Look guidelines do not forbid wigs.)

Casting is also when you find out where in the park you’ll be working. The most coveted work location is Magic Kingdom Park, and I lucked out once again, because that’s where I was sent—specifically, to Cosmic Ray’s Starlight Café, a burger joint inside Tomorrowland, one of Disney World’s many parks-within-a-park. Other interns were assigned to the Epcot Theme Park, Disney’s Hollywood Studios, the Animal Kingdom Theme Park, or one of the two water parks.
III. Training

After Casting week comes training. The training process is pretty long and thorough, but the main part that everyone always talks about is a class called Traditions. Traditions is a big deal in the magical world of the DCP, and you’ll probably hear a lot about how special and amazing it is. For confidentiality reasons, I can’t tell you much more than that it’s mostly about the history of Disney but, as a non-Disney fanatic, I honestly found Traditions to be incredibly boring. To each her own, I guess. One thing I can reveal about Traditions is that at some point during the day, you’ll be taken to Costuming. This huge warehouse behind Magic Kingdom supplies all of Disney’s employees with their work uniforms. During the five months I worked at Disney, I wore five different costumes. The one I wore the most was for my job at Cosmic Ray’s: black-and-white striped pants of the pajama variety and a white double-breasted chef’s shirt. Nothing too fancy, but I’m positive it’s the most comfortable costume in the entire Disney World repertoire. Something else I can reveal about Traditions is that it entails being drilled endlessly on the lingo of Disney. If you haven’t noticed by now, everything at Disney is a stage analogy. When you are at work, you’re considered “on stage” and you must be “show ready,” meaning your “costume” must be perfect and you must always, always be smiling.

Disney also has specific ways for Cast Members to point at things and pick things up off the floor. Because it is considered rude, in some cultures, to point with one finger, Cast Members are instructed to gesture toward things instead with their first and middle fingers held together. The Disney Scoop consists of placing one leg behind you and gracefully kneeling down—usually to pick up trash.
IV. Actually Working at Disney

Disney interns get to their jobs via a bus that drops them off at the entrance to “the tunnels.” Basically, the tunnels are hallways that run underneath the whole of the Magic Kingdom, allowing cast members to move around the park unseen by paying customers. (A lot of people think the tunnels are underground, but they’re actually above ground; the Magic Kingdom sits on top of them, like the second story of a house.) The tunnels are necessary because it is against Disney rules for costumed cast members from different “lands,” or sections of the park, to walk around in other lands. Have you ever seen a Tomorrowland cast member in Adventureland? No, you haven’t, but they were creeping around in the tunnels under your feet.

I’m sure anyone who has ever worked in customer service can tell you horror stories about the way some people treat those over which they have the very slightest amount of power. That’s as true at Disney as it is anywhere. Despite being in “The Most Magical Place on Earth,” the park-goers are often tired, hungry, and frustrated, and they will likely take it out on you. I’ve had people literally push me out of their way in their zeal to get into Cosmic Ray’s. During the holiday season, I worked at Tomorrowland Terrace, another quick-service restaurant with outdoor seating. One night, a private party hogged most of the restaurant’s seats, and a guy who’d apparently gotten sick of waiting for a table demanded that I hold his tray while he ate off of it. (I refused, but with a smile, of course.) This might have something to do with why I never worked another food-service job.

Another thing that took some getting used to was Disney’s very elaborate management system. At Cosmic Ray’s, I reported to 13 different managers and supervisors. At least one of them was always hanging around, watching us, which is how I learned that I do not perform well under constant supervision.

But it wasn’t all bad. I have some truly amazing memories from my time in the Magic Kingdom—or, in Disney lingo, “magic moments.” During the holiday season, I got to wear a ridiculously awesome costume: a dress covered in tiny Christmas trees and a frilly candy-cane-striped apron with a matching bow headband. I had numerous guests ask to take photos with me in this getup; some told me they were going to make them into Christmas cards. Little kids kept running up to me and hugging me (thank god I like kids!). I’ll never forget this one little girl, dressed head-to-toe in Minnie Mouse merchandise, who literally skipped over to me to tell me, excitedly and at length, alllll about meeting Minnie Mouse herself that morning; nor the freaked-out little boy whom I reunited with his parents after they’d accidentally gotten separated in the park one night.

Working at Disney has other perks, too. Cast Members get into the parks for free, and there is nothing better than having all of Disney World as your personal playground any time you want. While I was there, they were completing the new Fantasyland expansion and a bunch of us Cast Members got to be the very first people to see it and ride the new rides.

One of my favorite memories of working at Disney was New Year’s Eve, when all of us, guests and Cast Members alike, stood side by side and cheered the park’s spectacular fireworks display. Later, my work friends and I disappeared into the tunnels, screaming excitedly about nothing in particular. Now, a couple years after my time there, I actually kind of miss my time at Disney World. Sometimes I even catch myself using the Disney Point. ♦

Elizabeth Tolbert is the blog editor at Open Our Eyes. She’s written for several music publications, including Highlight Magazine, Venture Mag and The Indie Place.