Ugly As I Want to Be

I made every bad thing people said about me into a badge of honor, and I wore it with pride.

Friday Playlist: Hanging Out With the X-Men 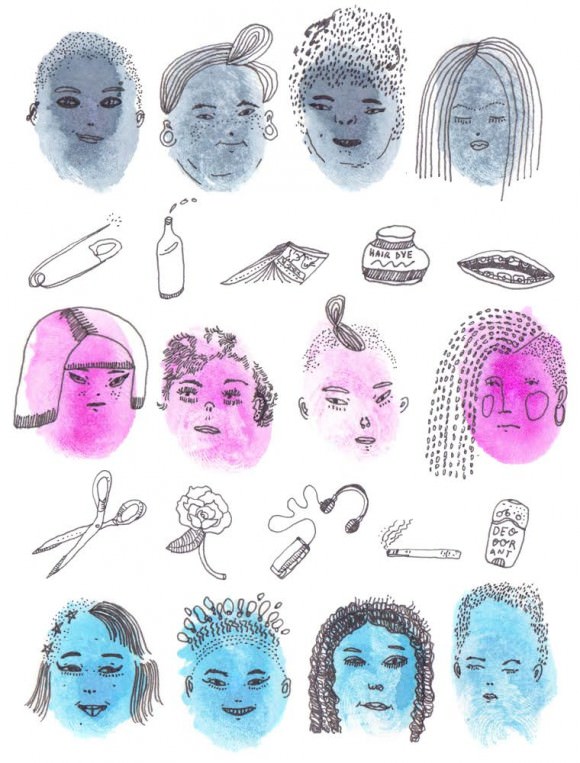 By the time I turned 12, I was already almost six feet tall. I had terrible skin, greasy hair, giant feet, and a very noticeably developed body for my age. My clothes were uncool, my manner off-putting—I was a total know-it-all who wouldn’t stop talking. As you may have guessed, all of this made me a flashing target for bullies.

I was endlessly harassed in middle school. I would come home every day exhausted from all the abuse, and ended each night praying for some relief. One day, my prayers seemed to be answered: My dad got a better job an hour and a half north of where we lived. We packed up and moved a few months into the school year.

In a classic “be careful what you wish for” scenario, my new town was even worse. I was the new kid in a tiny school full of people who’d been together since first grade. Within days, some of the boys in my class started to pick on me, and soon, my whole grade regarded me as an awkward loser and an easy target. I routinely came home from school in tears. I became angry, slamming doors and occasionally throwing them open so hard I put holes in the walls.

Needing a break from my constant histrionics, my parents jumped at an offer from my aunt, who lived a few hours away, to take me off their hands every other weekend or so. The previous summer I’d attended a music camp near her house and had made friends with some fellow campers who lived nearby. Like me, they had been bullied at their own schools (or, in some cases, by their families) for being “different.” On weekends at my aunt’s, I got to hang out with these kids again.

My camp friends and I had so much in common: We liked ridiculously dramatic music (I was a huge fan of Placebo, they liked mall metal), we wrote poetry, and we were all pretty smart and extremely depressed. But they all had nose rings or dreadlocks and wore black nail polish. They dyed their hair bright colors. They wore wide-legged goth pants, while I was still in the khakis and sweaters that I hoped would help me blend in with the other girls in my class.

One weekend, my friends talked me into dyeing part of my hair pink. My chest seized up; I knew my parents would be furious, but I wanted so badly to fit in with this group. I stood still while one of the boys dunked the tips of my mousy blonde hair into a jar of Manic Panic. It came out vaguely rosy and uneven and, frankly, ugly. But it felt amazing—like I’d made a big step. Before then, the only thing I’d done to my body of my own volition was to hurt myself in places nobody would ever see. The boy fluffed my hair with a towel and stepped back to examine his handiwork.

My whole life, my peers had made me feel awkward and weird. No matter how hard I tried, I couldn’t fit in. I was an outcast; nothing I did was considered “normal.” Technicolor hair is mainstream now, but back then, it was reserved for freaks and weirdoes. Dyeing my hair pink felt like claiming the label my classmates had given me for my own. I was done trying to change the strangeness that made other kids hate me. Now I was embracing it.

I was grounded until the ninth of forever. A few weeks later, I snuck out to the drugstore and bought semi-permanent red hair dye.

Before long, I started buying my clothes at thrift stores and painting band names all over my corduroy skirts. I cut my bangs the same way my a cool older friend did—using a piece of scotch tape to make sure they were perfectly blunt and straight. I dyed my hair black, then, two weeks later, bleached it until I looked like the fluff on a baby chicken. I shaved off most of my eyebrows because I thought it made me look like a 1920s film star. Even the most awful sartorial choices felt amazing—it was like I had struck gold. Who cared if I was a nerd who always had my hand up in class? I had bright red hair and stretched piercings in my ears, and I dressed like David Bowie.

I was the target they always wanted me to be, but bigger and brighter and easier to hit than ever. By the time I was a sophomore, I was, according to various sources, a dork and a dyke and ugly and a slut and every other terrible word that teenagers use against each other. Rather than internalize all this cruelty, I threw it back in my tormentors’ faces. Plus, if people were busy making fun of my hair, maybe they wouldn’t get close enough to see the sad, ugly stuff that lived inside me, like the feelings of isolation and detachment that made school a total nightmare.

Making myself ugly had become a transcendent practice, a way to demonstrate self-control, but I maintained an air of severity long after it stopped feeling good. I became defiant and purposefully said risky and offensive things that I knew would aggravate my classmates. I started to get more and more desperate. I teased my hair until it frayed and broke off at the ends, I burned holes in my tights. Punishments didn’t matter any more. Nothing mattered any more, really. I was unstoppable.

Coincidentally, this was around the time my self-injury habits became a very real, very unacceptable problem. By the time I hit the age where other people became interested in my body, I had abandoned it almost entirely. Clothing was an exercise in how distracting I could be. My hair was a butchered mess. My body was a battleground. What could anyone do that I hadn’t already done to myself? Nothing hurt anymore.

I went away to college in an even smaller town and got a lot of obnoxious tattoos (that I now regret) and pierced almost everything that stuck out. I had every hair color under the sun, then I shaved off all my hair to curtail my urge to constantly change it. In a world where people’s worth is unfortunately based on their personal ability and attractiveness in relation to an unreachable, impossible ideal, I went in the opposite direction: Everything I did was an effort to make myself less attractive, mark me as an outsider, or hurt myself.

In college, I met a lot more young women who had grown up as “that girl”: the poor girl, the weird girl, the disabled girl, the sick girl. They all knew what it was like to be burned at the stake. We would sit up for hours, smoking cigarettes out the window and cutting one another’s hair, talking, and sometimes laughing, about how we had survived. I felt safe with them. I knew they would never judge me if I told the truth about who I was and what I’d been through. We laughed at photos of our past bad haircuts and hair colors. We watched Empire Records and knew exactly why Robin Tunney’s character shaved her head, and how it felt when Liv Tyler’s pretty, popular character accused her of seeking attention.

When I looked at my new circle of friends, they seemed brave, wise, funny, defiant—but, most of all, they seemed cool. Unstoppably, unflappably, bone-deep born cool, despite what they’d been through and the way their bodies were shaped like bonsai under the weight of identities that would never leave them.

We took the feelings and energy that had powered our choices in haircuts and clothing and channeled it into making art for and about one another—love songs to mutual weirdness and understanding. We saw each other so clearly, and we helped each other see ourselves for what we really were.

It took so much time, and so much work, but eventually my life started to fall into place. Hurting myself, once an act of self-sacrifice, lost its spiritual meaning and started to really, literally hurt. I stopped. Then, about a year and a half ago, I woke up one day with a powerful thought in my head: that whether or not I was happy with my appearance, it didn’t have to rule my life. If I stopped channeling every feeling and impulse into how I looked, how much time and energy would I have to devote to other things, like forming communities with other people who have stories like mine?

Now, for the first time in my life, I don’t care what other people think about my appearance. I dress for me and no one else. The mirror can’t lie to me anymore; I can see everything. My insides and my outsides are facing each other fearlessly; it feels like waking up from a long dream.

I don’t mean this in some New Age–y “radical self-love” way, and I’m not talking about body-positivity, either. I don’t pressure myself to love or accept my body. Instead, I’ve come to simply accept my body for what it is, for better and worse, in sickness and health, till death do us part. I don’t always have to love myself, but I do have to live with myself, and I don’t want to live at war anymore. ♦