Why did she have my face?

Ugly As I Want to Be 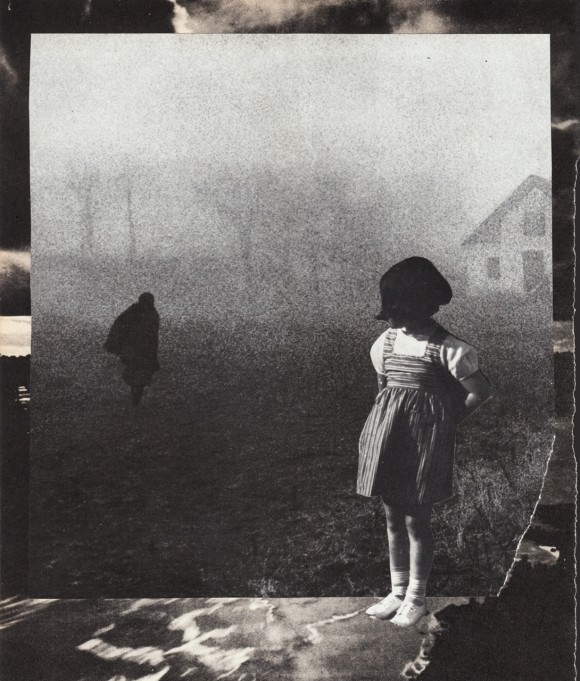 The first time I saw my twin was on a family vacation. I was 10 years old, and we were in Virginia because my father was going through some weird midlife-crisis-fueled Civil War obsession, and he felt it absolutely necessary to crawl around the site of the Battle of Williamsburg to “experience history firsthand.” My mother was mortified but tolerant of her husband’s fixation. She told my brother and me that if we behaved ourselves and let my dad have his dumb afternoon of playing Union soldier, the next day at Busch Gardens she’d let us ride any roller coaster we wanted, as many times as we wanted—provided we met the theme park’s height requirements. “Just humor him,” she said. “Someday you’ll turn 40 and you’ll be a temporary weirdo, too.”

My father stood tall on the field and closed his eyes, presumably imagining a heroic or bloody moment. My brother, who has never censored himself, was trying his best to keep his mouth shut, biting his lower lip and breathing through his nose. If a person could die of boredom, he would have been buried right there, another fallen soldier. My mother pretended to look interested, nodding and throwing in an occasional “Oh, how interesting!” as my father went on and on, spewing Civil War factoids and licking his finger to catch the direction of the wind.

“This sucks,” my brother whisper-hissed to her.

“Busch Gardens,” she replied through her teeth, as if the mere mention of an amusement park would make our current situation more tolerable, or my brother more patient.

My father was too caught up in “living history,” as he called it, to notice how miserable we were. When a group of re-enactors walked by, his eyes bugged out with the type of obvious love and excitement typically displayed by fans of boy bands. My mother, sensing the potential for escape, suggested that he follow them and check out their demonstration.

“You go on without us,” she said. “The kids are exhausted and need a little break. You know how they get in this kind of heat.”

So my father cheerfully followed some old dudes in period costume while my mother, brother, and I sought refuge at a concession stand staffed by a woman with a name tag that said “Kitty.” We ordered three lemonades and two giant pretzels and sat in a courtyard with a bunch of similarly exhausted mothers and children who had lost their fathers to a war that ended more than 100 years before they were born. As we picked the salt from our pretzels and let the sugary water coat our throats, I noticed a girl standing by herself by a giant green garbage can that had the words keep our city clean painted on its side. It took me a minute to realize that she was staring at me, and another to understand why: We had the same face.

The girl tilted her head, golden retriever–style, and kept her eyes on mine. Instinctively, I tilted my head as well, as though I were looking in a mirror. She had the same gold-ish brown eyes as me. Same nose—my father’s—with a small bump near the center. Her mouth hung open in disbelief, and through a familiar pair of lips I saw an exact replica of my own messed up teeth. I wanted to call out to her, to say something—but couldn’t. I just stared at her, and she stared at me, for what seemed like a million years. The spell was finally broken by my brother’s voice.

I turned to him with a still-open mouth.

“Do you want the rest of your pretzel or not? I’m starving.”

I waved my hand over the pretzel, to say Here, take it, and turned back toward the garbage can. The girl was gone.

“Did you see that girl?” I asked my brother.

“There was a girl over by the garbage can who looked just like me,” I said.

“I mean, she looked just like me,” I stammered. “Like my twin, or something. Even her teeth!”

My mother registered the panic in my eyes. “Honey,” she said. “There are billions of people in the world. It’s inevitable that you’re going to run into one that looks a little like you.”

“Sucks for her,” my brother said.

My father returned from his adventure, beaming. He couldn’t wait to tell us all about the re-enactors, how “they really get into it,” taking on the lives they’re trying to portray, and how watching them on the battlefields is almost like encountering living ghosts.

The second time I saw her, I was bleeding on my best friend’s basement floor. I was 14 and trying to impress this dumb kid, Henry, I’d met at my Sasha’s birthday party. He was her cousin, there out of familial obligation. After knowing him for approximately two hours, I swore he was meant to be the love of my life. Because we shared the same opinions on various Jim Carrey movies (The Cable Guy: underrated; The Truman Show: heartbreaking; Dumb & Dumber: genius), I thought we were made for each other. I wasn’t thinking of what I’d seen through my parents, during my dad’s Civil War period: that love doesn’t rely on mutual interests as much as it relies on something that transcends favorites and opinions and hits you hard in places you can’t even find the words to name. I was just happy that someone thought the way I did, and that one person on earth might make me feel valid and real. At 14, I was having trouble feeling anything but empty and scared.

“I think I’m in love with Henry,” I told Sasha over a bowl of Chili Cheese Fritos. People were dancing and playing air hockey in other corners of her basement. Sasha, who hated parties and most humans, sat alone most of the night, watching other people have fun in her name.

“Henry is a turd,” she said. “He’s only here because my aunt made him come. He’d rather be smoking weed and tagging shit.”

“He has good taste in Jim Carrey movies,” I said.

“Only idiots have bad taste in Jim Carrey movies,” she countered. She looked sad and bored and somehow lonely, even though at least 20 people had shown up to celebrate her birth.

“Dude, why are you even having this party?” I asked as we checked each other’s teeth for Frito goo.

“My mom thinks I need to be more social,” she said. She pointed toward my mouth. “Big deposit, left canine.”

I quickly fished mashed-up corn chips from my braces, hoping Henry wouldn’t see. “Does he have a girlfriend?”

“Henry? Are you serious? His left hand, maybe.”

“I mean, I can ask him, if you want. But I think you can do better.” Sasha is the best kind of friend: She identifies possibilities for my personal improvement when I can’t. She doesn’t let me settle. Without her, I am in a cocoon, unsure of how to build wings and get the hell out of my own shell.

A few minutes and several handfuls of Fritos later, Sasha returned with news: Henry did not have a girlfriend, and he thought I was “pretty cute.” He could have said “not hideous” and my heart still would have exploded. It doesn’t take much to boost self-esteem when you haven’t figured out how to have any yet. “He’s going to ask you to dance,” Sasha said. “Say yes at your own risk.”