When the Political Gets Too Personal

Most of our beliefs come from our own experiences—but it’s way too easy to stop there.

All in My Mind 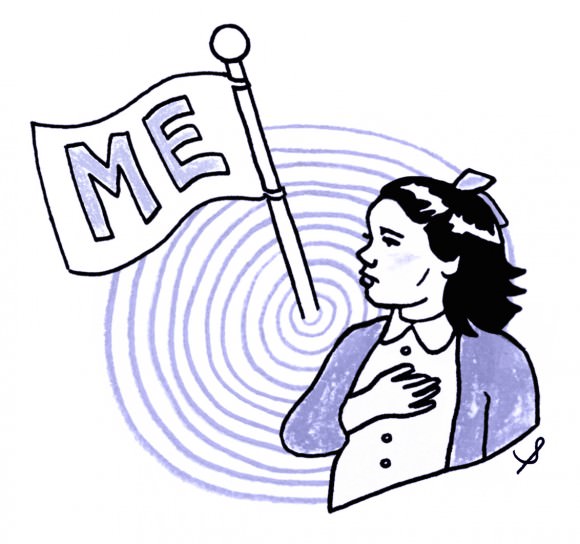 When I was in middle school, my family moved to a smallish, mostly white town in Florida, where I was an anomaly. I’m Cuban and Belizean, and there wasn’t a community in our new town that shared any part of our heritage. At school, kids pelted me with xenophobic slurs; on the afternoon bus they snickered at me because of the dark hair that peppered my arms and face. I got in trouble for things that I knew white students regularly got away with, like minor dress-code violations. Boys sexually bullied me, and when I got angry, they informed me that “Spanish girls put out.” I had no idea what I had done to deserve any of this. I was mad, and I needed a way to let my anger out. Lucky for me, it was around this time that I discovered feminism.

One of the first books I picked up was Gloria Anzaldúa’s Borderlands/La Frontera: The New Mestiza, a semi-autobiographical book about Anzaldúa’s experience as a Chicana lesbian. It spoke to my feelings of alienation as an American-born Latina in a family of immigrants. I also turned to the works of Sandra Cisneros and Cristina García, whose colorful novels centered on strong, critical Latinas with complicated relationships to men, religion, and society. Little by little, I pieced together a feminist foundation that was both empowering and comfortable enough to take shelter in.

Then I went to New York City for college. I had thought I’d meet tons of people right away who shared my feelings about feminism and my politics in general, but right away, even in my gender studies classes, I started clashing with other students. Some of my classmates had had experiences similar to mine—like having immigrant parents, or having to work in order to pay for school—but there were also kids at school who had never had to confront their privileges, like being white or growing up with lots of money. The differences between us caused intense disagreements, and forced me to face my own ignorance on a lot of fronts.

I thought I knew all about racism because I had experienced it in Florida, and because I had read what I thought were enough books about it—but at that point, I had only experienced and studied racism from non-black Latina perspectives. I hadn’t read much work by black feminists (like Kimberlé Crenshaw, the godmother of intersectional theory), even though you can’t begin to understand how racism functions in the United States nor how it impacts women without learning from women like that. I had neglected that whole part of the feminist oeuvre because—and I am ashamed about this—I thought I couldn’t personally relate to black women’s struggles.

When one of my professors assigned Angela Davis’s Women, Race & Class, I read it as a historical artifact full of horror stories I could chalk up to its being written during “a different time.” It was news to me when black women in my class talked about how they deal with gender specific racism every day, like job discrimination, disproportionate incarceration, and being lambasted and harassed on the internet when they dared to speak out.

For a long time, I was used to thinking of myself as the victim of others’ bigotry; I hardly fathomed that, through my own willful ignorance, I could be part of the ongoing race problem in feminism, where the urgency of women’s issues can blind the people with the most power to speak out—i.e., white women—to their own privileges, and to the struggles of women of color. As I read books, blog posts, and articles by people whose points of view were different from mine, and started to support causes that affected me only indirectly, it became all too clear to me how wrong I had been for so long. My feminism wasn’t set up for the betterment of all women. My feminism was there for the betterment of me.

It’s so much easier to learn about politics when you can see a big issue through your own personal experiences. I used to show up for a protest or a meeting only when there was something—whether it was a job or the reformation of some policy—that could benefit me in some way. Meanwhile, I was getting a secondary education at a prestigious school in a city where the majority of residents don’t have college degrees. And police weren’t targeting me the way they targeted people darker and poorer than I was. I was finally confronted with the realities of people who had it much worse than I did, and with my own race-, class-, and ability-based prejudices. It’s like my friend Jenny Zhang once said: “Do you have to find a way to include yourself before you care?”

Some people never, ever want to leave the fortress of their personal experiences and preferences. I think they, like me, might fear that peering beyond the walls around their little world might might rock their world a bit too hard. Anti-feminism Tumblrs with smug comments like “I don’t need feminism because I’M not a victim” are abundant, because it is easier to believe that gendered injustice comes down to how you feel and not, for example, the widespread epidemic of sexual assault. Don’t get me wrong: The personal can and should still be political. The reason feminist literature contains so many accounts of individual experiences with sexism is that it’s simply easier to get the bigger picture when you start with yourself. But there are ways to keep the self-love in your politics in check. Ask yourself:

• Are you in regular contact with people of different socioeconomic and ethnic backgrounds and education levels?

• When was the last time you read a book, article, or Tumblr by an author from a different socioeconomic or ethnic background, or education level, from your own?

• How often are you giving time or measurable support to political or social causes that have nothing directly to do with your personal experiences?

• When was the last time you stopped to just listen to someone from a background different from your own?

• If you absolutely need to express your feelings on a certain issue, ask yourself: Is you the person who should be representing this issue, or is there someone else who might be more familiar with it or explain it better than you can?

That’s just a start. No matter what your personal experiences or beliefs happen to be, continually shining a light on and questioning your intellectual comfort zone is key to becoming the best, most enlightened person you can be. Every time you get to feel strong and empowered and totally badass, which I hope happens to you a LOT, take a step to help somebody else feel that way, too. ♦