Plus new Zadie Smith brilliance, love to Kesha, and an update on #BringBackOurGirls.

Sunday Comic: Happy Birthday to Me 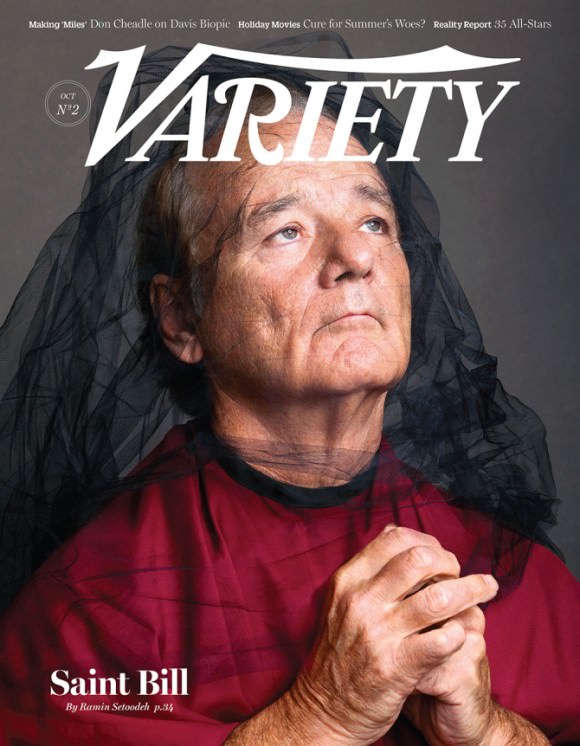 Photo of Bill Murray by Martin Schoeller for Variety.

Hark: a piece of news that was crafted in a dream factory and brought down to Earth by a god…or maybe Santa! Let us squee: It was announced this week that Bill Murray is starring in a Sofia Coppola-directed Christmas TV special this winter. The whens/wheres of it airing are TBD, but I have already cancelled whatever plans I will be making for theeeee number-one television event of the holiday season. 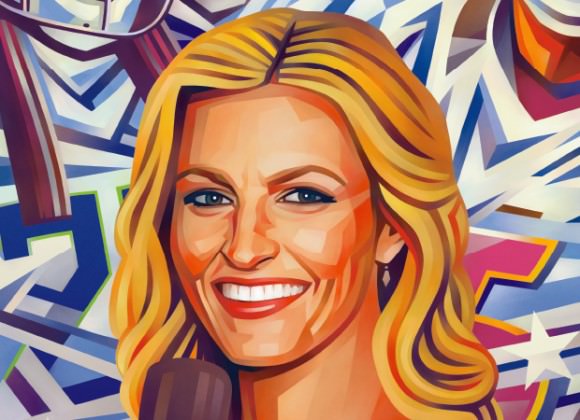 The writer Emma Carmichael gives us an awesome look inside the professional life of the NFL sideline reporter Erin Andrews, who is pretty much the top woman in sports broadcasting right now. Reading about Andrews 100 percent crushing it in her field is very cool indeed. 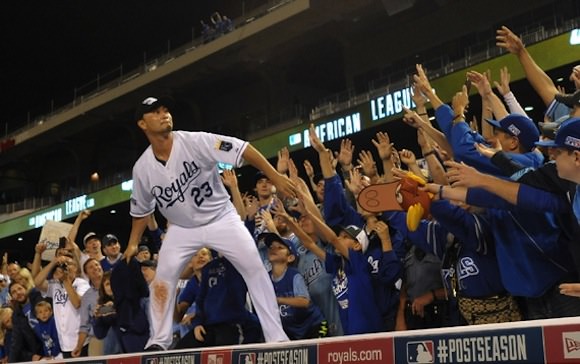 In other sports news, a baseball team very close to my Kansas City–born heart, the Royals, are headed to the World Series! I loved reading this piece in the Atlantic about how the Royals are becoming America’s Team on their road to the championship. It’s a narrative concoction of audience nostalgia, earnest players, and maybe some blurry/selective but overall endearing feelings about America and baseball’s place in it. Before the part where the author waxes nostalgic about Ye Good Olde Times in America, which kind of makes my eyes roll, I enjoyed what he had to say about what we love about a good classic sports story:

Ultimately, sports fandom is all about self-identification. So many of us love teams and athletes because we see ourselves in their stories. This Royals club, with their unlikely and unprecedented playoff run, clearly is telling a story that the nation wants to hear. It’s about teamwork and the triumph of the underdog, the raw power of self-confidence, and the seemingly mystical effect of faith. 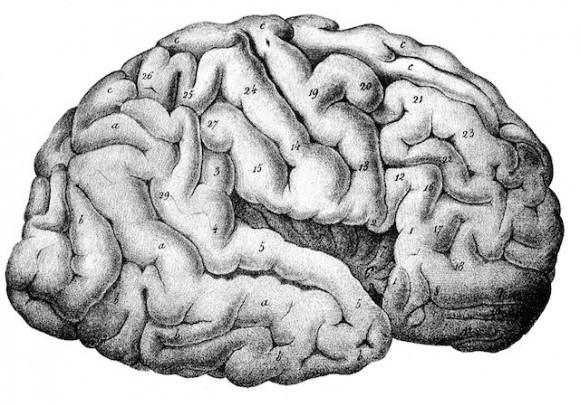 Illustration by Wellcome Images via VICE.

This week, news broke that Kesha is suing her longtime producer, Dr. Luke, for sexual assault. The suit alleges that she endured 10 years of abuse, including rape. In the above article, Rookie contributor Britt Julious calls her bravery “revolutionary”, and I couldn’t agree more: By coming forward, Kesha risks being blamed for her assault not just by those around her, but by the public at large. I sincerely hope that Kesha receives the justice and support that she deserves.
Chanel 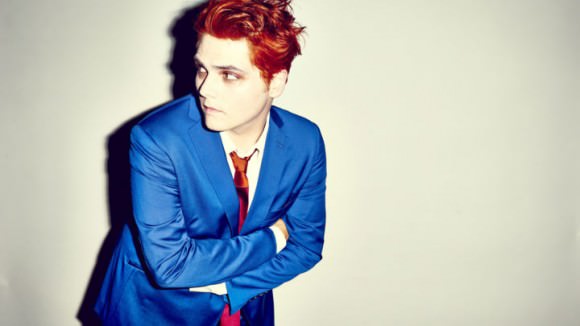 The former lead singer of My Chemical Romance, Gerard Way, told Rolling Stone about his solo musical project—and his reinvention of Spider-Man! Instead of the Peter Parker we all know, Way is making the hero into a heroine as a 14-year-old girl named Peni Parker, which is AMAZING. Way went on to discuss his general appreciation of women in comics, and the one thing he wants put into major panels: “A […] transgender character as a main hero for a book.” Snaps for Gerard!

GIF by Tara Jacoby for Gizmodo.

Gizmodo published a short and really, really sweet essay on why voicemails matter, even in an age of texting and Snapchat. Its writer, Leslie Horn, makes the case by talking about the recent death of her father, who often left messages for her, and the comfort in hearing a deceased loved one’s voice after they’ve passed.

Gap’s latest advertisement for kids’ clothes features a wide ethnic range of models and a child with a visible disability, and I’m happy to see this kind of inclusivity in a huge national campaign!

Check out BuzzFeed’s roundup of women’s clothing that’s been banned, policed, or otherwise denigrated by institutions and governments in all different places worldwide this year. Before you look, just know that pants, shorts, and dresses are all on the list. “Women of the world: YOU CANNOT WEAR ANYTHING.” —the links included in this list, basically.
Suzy 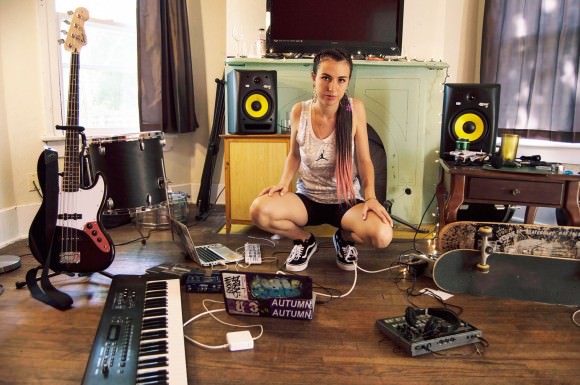 Behold Arianna Gil, a real-live skate witch and total badass lady. As the touring bass player for the breathy R&B wonder-group SZA, and a music student at Oberlin Conservatory of Music, her musical prowess alone is a political act of defiance. In an interview with Mask magazine, Arianna talks about her Uruguayan-Italian heritage, writing 16-page papers on tour, and instances in which she’s challenged the boys’ clubs in elite academies, skate parks, and the streets of New York. Get it, girl.
Stephanie 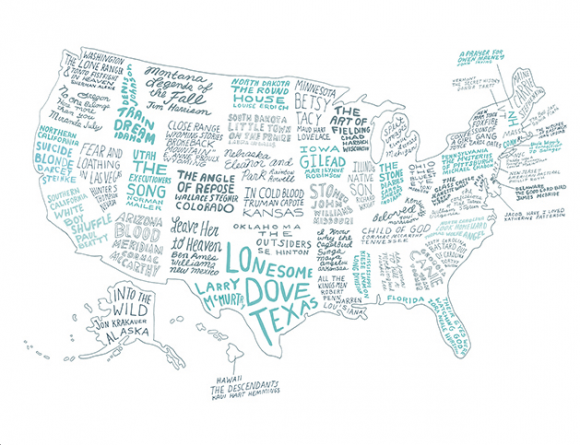 I love this map of the best book to come out of every state created by Brooklyn Magazine. It’s the opinion of the folks at the mag of course, but they do say that they were looking for books that weren’t only by dead white dudes and that were “more than just a general reflection of a place, but rather paid attention to the specifics, even at the risk of the exclusion of the whole.” The books that they chose for the state I grew up in (Illinois; Native Son by Richard Wright) and the state I live in now (Washington; The Lone Ranger and Tonto Fistfight In Heaven by Sherman Alexie) are awesome and spot-on. The list on the whole is giving me great new additions to my reading list!
Arabelle 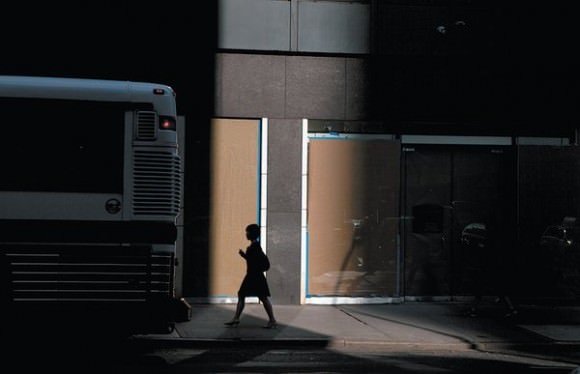 Photo by Amani Willett via the New York Review of Books.

Zadie Smith’s new piece about gentrification in New York City is poetic, rich, and warm. I’ve been thinking a lot about what New York even is anymore and the whitewashing of what it means to “transform” yourself. So has Zadie, and it’s so good.
Nova 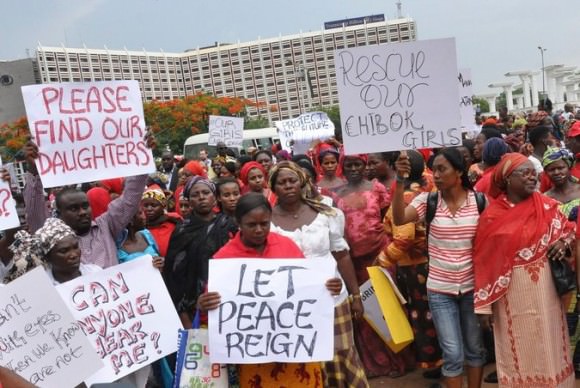 It’s been six months since over 200 girls from Chibok, Nigeria were kidnapped and the #BringBackOurGirls hashtag created a stir that pressured global media giants to take note of situation and start spreading the news. Even though the hashtag has lost momentum since then, there’s hopefully some good news for the families of the girls: It has been announced that there is a strong possibility that the missing Nigerian girls will be returned to their families after secret talks were held between Nigerian government and the terrorist group who captured the schoolgirls, Boko Haram. ♦