Processes of Enfreakment: An Interview With Kate Berlant

We talk to one of our favorite comedians about bearded ladies, pope jokes, and more. 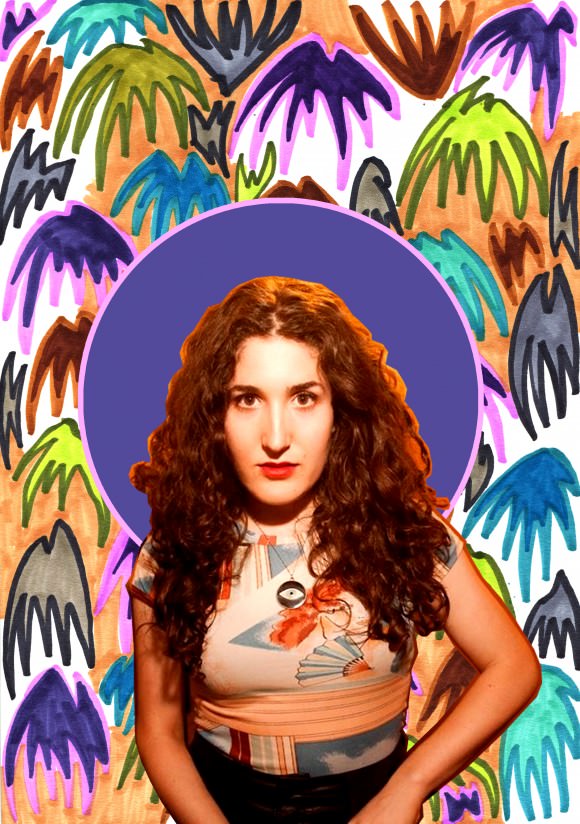 A lot of the articles that have been written about the comedian Kate Berlant contain some line like “Ms. Berlant’s standup act is hard to define”—including this one, because it’s true! Kate’s performances are totally sui generis, 100 percent her own invention, which makes it difficult to describe them. But here’s an attempt to do just that: Kate Berlant’s comedy act avant-garde/planned improv/experimental/digressive/ranty/silly/stream-of-consciousness. She never resorts to hacky lines like “What’s the deal with cellphones?” or “Men are like _____, women are like _____.” She’s really not like anything you’ve seen before. Here, see for yourself:

The character Kate plays onstage is akin to a motivational speaker with no product to sell but themselves. Have you ever seen Enlightened? It’s about a woman, Amy Jellicoe, who is so earnest in her quest for personal growth that she can’t tell she’s become a caricature of a New Age woman. Imagine if that character were a standup comedian: That’s Kate, and her act is one of my favorite things happening in comedy right now. She recently moved back to her hometown of Los Angeles after almost a decade in New York, and I invited her over to sit in my backyard and talk about what comedy shows and freak shows have in common, plus more.

KATE BERLANT: I am. I was born to two parents, if you can believe it. Both my parents have lived here for a long time. They’re older. They’re 70. My mom had me at 43, so that’s tight. My dad is an artist, so our house is also his studio. It’s like half a studio, half our house.

When did you first know you were funny?

My identity since I was very small was about making people laugh, for sure. Now, because I’m home and I’ve been spending a lot of time at my parents’ house, I’m watching some old videos of me as a baby—but I’m like doing impressions! It’s very trippy. None of my parents’ friends had kids when I was very young, and my parents entertained a lot and had dinner parties, and I would always be at their table, really trying to get their attention. Growing up in a house where I was only around adults, I wanted to be able to make them really laugh, like an adult would.

I did standup for the first time when I was 17. My senior year, I was really bad at math—so bad that they wanted to put me in special ed classes. So I proposed an idea: I was like, “Everyone relax. Just don’t make me do math, and I’ll do an independent study.” And they let me do that! So I did my independent study in standup.

Who was the comedian you saw and thought, Well, I could do that?

When I was 17, I watched a documentary about David Cross called Let America Laugh and was just like, I need to do that. The movie followed him on tour with Shonali Bhowmik, who was in Variety Shac, a sketch group with Chelsea Peretti, Heather Lawless, and Andrea Rosen. I was obsessed with [Variety Shac]. The second I finished watching the documentary, I walked over to my computer and started writing jokes. It was the first time I’d ever sat down to write anything. Not to be too poetic, but I do remember it just pouring out of me. My first jokes were, believe it or not, about the Pope. Like, “What’s with the Pope, right!?” I had no idea what I was doing.

Then I went to Bard College for a year, but I was going into [New York City] every single weekend to go see shows. Eventually I got [into] my first real show, a “cool” show at UCB, and I was like, “OK, I have to move here.” So I transferred to NYU and I went to Gallatin—

It’s an individualized study program at NYU, [where you] make your own major. So I did that, and I picked—

Honestly? Kind of! I graduated with an individualized major in “the cultural anthropology” of comedy.

Does it make your standup better that you know more about comedy than anyone else?

I don’t know about comedy at all! I feel like I haven’t seen a lot of stuff that other people have—like, sometimes, if everyone really likes something, I won’t watch it, because I don’t want it to seep in. Standup is so contagious—it’s easy to pick up a tone; you keep hearing the same style.

Have you ever heard someone else tell one of your jokes?

Actually, yes, but we cleared that up privately. I don’t think anyone ever steals a joke intentionally.

They just hear it and think they thought of it?

So, you get this undergrad degree and you’re doing standup in New York…then what?

I started hosting a show on the Lower East Side. It was the first time I was performing regularly. Then I went to grad school at NYU and studied women in comedy and other women performers. The history of female objectification and whatnot.

What did you learn? Tell us everything!

Um, I learned a lot, and I’ll be honest: It scared me! [Laughs] I got really obsessed with the history of the freak show: women put on display, and turning humans into “others.” It’s called “enfreakment.” Enfreakment is about turning otherness into a performance. Oftentimes, it’s rooted in historical violence. I got really obsessed with conjoined twins and bearded women, and I started to feel like female comedians were like these bearded women who were put on display—we are doing this historically very “masculine” thing, but we’re women.

As a comedian, do you experience something similar to what a lot of female rappers and pop stars go through, where you have to choose between being sexy—

Or being taken seriously? Yeah. That forced choice is something that I have to rail against. I wear femme clothes—lipstick and skirts—in my everyday life, and so I wear lipstick and skirts onstage. It was never about dressing up, it was just how I wanted to feel and look. I’ve had a couple of women be like, “You really shouldn’t dress up onstage. You want them to focus on what you’re saying, not what you look like.” I hate that so deeply. It’s so dangerous. It misses the point so critically, this idea that you you have to be immediately categorizable as a woman, or else no one will absorb what you’re saying. Female comics answer to a heterosexually masculine sensibility that holds fierce animosity towards women who assert themselves as anything other than an object created for male desire. My comedy comes out of a lot of things, but declining to commit to an uncomplicated femininity and insisting on confusion are important to me! Women are either hypersexualized or desexualized. I haven’t had to pick one. I have refused to pick one. I haven’t picked one.

Are you auditioning for TV and/or movie roles, and, if so, does it come up in that world even more?

Yeah. It’s like, I’m not “ugly” enough to be the hag, but I’m not “pretty” enough to be the popular girl, so it’s like, “Well, shit, what do we do?” I got called in for something [recently] and the character breakdown was so funny. It said: “Likable. Funny. Possibly deformed. Grotesque, but, deep down, really sweet. She’s a monster…with a secret. She’s fine, if you’re not looking at her.” It was the most insane thing. It was just so funny. I respectfully passed.

Just the other day somebody was like, “You know, I never think women are funny, but you’re hilarious.” I can’t believe people think that’s OK.

Rigorous face-time in the mirror. Just, Hey! Look at me. You’re gonna fuckin’ do this! I get very nervous before every show, even if there are only seven people. There’s always a part of me that’s like, What am I gonna dooo??? And then, of course, it just comes out.

How do you describe your comedy?

It’s confusing. Of course I’m focused on laughs—that’s what I want to produce—but I’m hopefully creating an experience. I started out doing one-liners and very constructed jokes, but they were wrong for me. So I gravitated more and more to why they weren’t working, and exploited that instead. I think it’s why anyone does anything: feeling frustrated, like you’re not seeing what you want to see, like you’re not self-expressive.

How did you figure out what that thing was for you?

Just by doing it for years. I think it’s the only way to do anything.

One last question: Where was the video for “The Rock Collection” filmed?

That’s my house. Those are my dad’s rocks.