Real mental illness doesn’t always look like what you see in the movies. 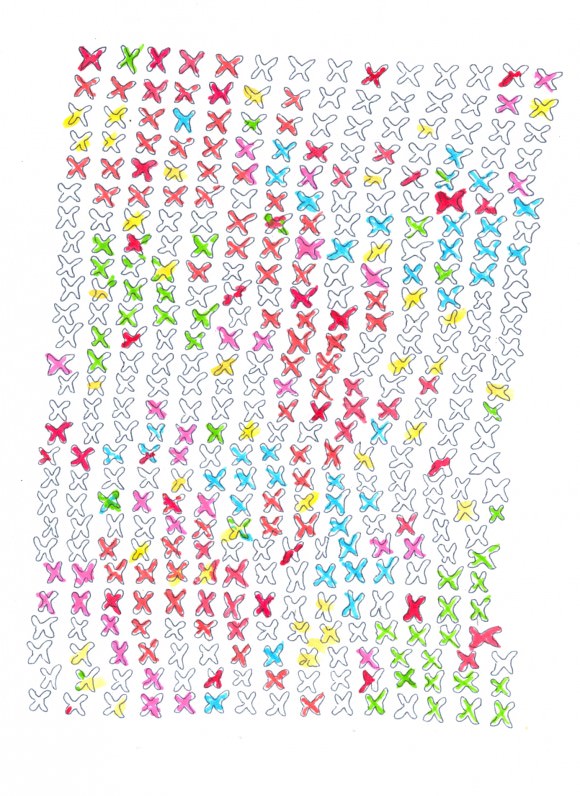 “You?!” Everyone said. “But…you have it so together!” Turns out, you can be the one who has it all together and still find things completely falling apart.

I knew what obsessive-compulsive disorder looked like because I had seen it in the movies and I saw it in my math teacher in high school who always insisted the telephone be at a very specific angle on his desk. Jack Nicholson couldn’t step over the cracks on the sidewalk in As Good As it Gets. Nicholas Cage cleaned his apartment like a maniac in Matchstick Men. These guys cinematically demonstrate the stereotypical and crippling symptoms of obsessive-compulsive disorder: meticulous attention to order, routines that are repeated over and over and over. People with OCD take neatness and cleanliness to a new level, one where it starts to interfere with their ability to live the rest of their lives. Psychology textbooks always use repetitive hand-washing as an example. That is not me. I don’t wash my hands a hundred times a day. My house is not a sterile environment that smells like bleach. I don’t open doors with handkerchiefs. I am not worried about germs. It turns out that obsessive-compulsive disorder can look like a lot of different things, some of them very different from the Hollywood picture of the disease. The OCD we see in the movies focuses on the C part: compulsion—i.e., repetitive behaviors like returning to the kitchen to turn off the stove a thousand times. I was struggling much more with the O part, obsession.

This is what most of my OCD looked like: I talked a lot about the same thing. A lot a lot a LOT. It wasn’t every second of every day, and it wasn’t so much that I sounded like a robot, but it was enough for people to say to me, “You are STILL talking about that?” It’s like my brain gets stuck in a groove on a record.

The first time that it happened, I was 11. My friends and I had been dropped off by our moms at the new Sizzler in town so we could feel totally grown up in the buffet line while our moms shopped at the department store next door. In the car on the way over, we had been discussing the latest boy band, New Kids on the Block. Who was cutest? I said Jordan, but everyone else was in love with Joey. I couldn’t let it go. Half an hour later, I remember holding my tray of bleu cheese–smothered salad and a bowl of red Jell-O with marshmallows in it when one of my friends said, “You talk about the same thing for a really long time, Eve.” I just thought I hadn’t gotten my point across enough yet. (Jordan.)

Sometimes it annoyed people. At a wedding a few years ago I referenced how many people we knew there to a friend one too many times. She snapped at me, and I was super embarrassed, thinking, I did it again. Some of my symptoms were more typical: I had some arcane rules about my food, mostly related to colors, flavors, and what time certain items could be eaten, but it was easy to keep those fairly secret and under control. I was rarely in a situation where I had to explain why I would not eat spaghetti before noon.

A disorder isn’t called a disorder until if affects your life negatively. Usually it’s schoolwork, employment, or relationships (or all three) that start to suffer. My talking and talking about Jordan Knight, or how many people I knew at the wedding? An annoyance at worst. Matching the colors of my food? No big deal. But then it started to get worse.

My life was really busy and pretty stressful at the time, and I wasn’t sleeping enough. Stress and lack of sleep are two known OCD triggers, so the less I slept, the worse my obsessions got. The worse my obsessions got, the more they kept me up at night. And they started to evolve. No longer was I ruminating about NKOTB; now I was thinking about my self-worth, and about the end of the world. My obsessions were starting to create what is called “obtrusive thoughts,” which felt a little bit like someone with a video projector had taken control of my brain and was just showing me image after image, against my will. I’d be walking along, thinking about my day, and BAM! a terrible idea would flash into my imagination with vivid, violent clarity. It wasn’t something I wanted to think about. I didn’t even know where the ideas came from, but there they would be, in my brain, playing over and over. Sometimes I gasped out loud. Soon, these thoughts were waking me up at night. Some of them were so ugly they made me lose my appetite. Color-matching my food didn’t matter anymore, because I wasn’t hungry. Now I wasn’t sleeping or eating.

I was, however, taking a lot of showers. Someone told me once that I should never be afraid to take a shower in the middle of the day as a way to “start over.” Whenever I got overwhelmed, there was nothing like clean hair and a fresh outfit to get me going again. But one shower wasn’t enough anymore. I might need three or more in the same day. I wanted to start over and start over, as if I could scrub the obsessions and intrusive thoughts away with my turquoise loofah.

At first, I wasn’t really telling anyone about it. I would talk my fears out with my boyfriend, which would help for a few minutes. I kept it to myself in front of my daughter, and I managed to stay employed and carry on normal conversations with friends and family. Being alone was the worst time for me, so I made sure to always be on the phone in my car (hands free!) or listening to my favorite music so I could sing along. I totally handled it. Until the day I couldn’t.