People who commit acts of violence are still people.

Two of a Kind 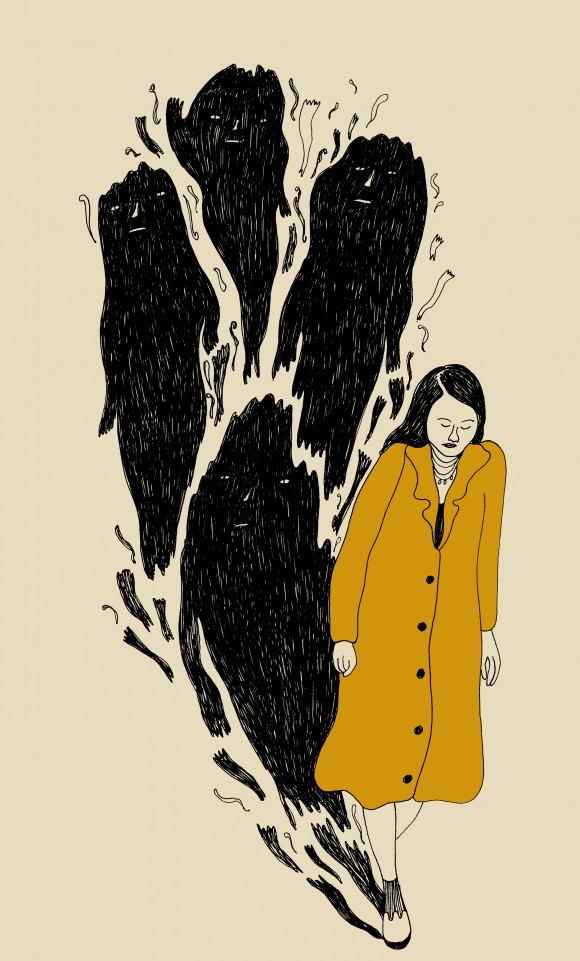 Earlier this year, a 22-year-old named Elliot Rodger killed six people and injured 13 more before taking his own life. Just before he did, he wrote a disturbing 107,000-word manifesto and sent it to a dozen people, including his parents and his therapist, and uploaded a completely terrifying YouTube video in which he explained how much he hated women for rejecting him repeatedly and laid out the details of how he was going to make them pay for it. I’m sure you remember: The story was all everyone in America heard about for a solid week. It was horrible.

Writing about his crimes, Time magazine referred to Rodgers and other mass murderers as “the monster population.” And as I watched the story unfold across the internet, newspapers, and TV, I noticed that word—monster—coming up again and again: On Reuters, Rodgers’s dad lamented not seeing “the monster” lurking inside his son until it was too late. On ABC News, a family friend said, “Now when I talk about him, knowing what he did, he is in many ways a monster.” People wanted to know: How could this monster have lived quietly among us, unnoticed, for so long? What kind of monster would do this kind of thing?

I get that—when I was young, I used to think, I could never do physical harm to another person. (Like lots of kids, I couldn’t even squish a spider, and I hated spiders.) When I saw news stories about murders and violence on TV, I couldn’t comprehend them at all. I did not understand how anyone chose to be violent towards any living creature, let alone another human being. I think the logic goes something like, “A human being like me, or like someone I know, would never do something like that…right?” Because if someone who senselessly murders other human beings is themselves just a human being…what does that say about us as a species? What does that say about what we, ourselves, might be capable of?

Now that I’m older, I could never hurt someone, ever…? I know that isn’t true. I’ve been hit by a lover and had men try to grope/harass/attack me on trains, walking home at night, and at parties. Some of my friends have been raped, or had their eyes blackened or their walls kicked in. I have seen just a bit of what the world is capable of firsthand on a few occasions where I’ve had to fight back against these kinds of attacks. I would fight like a wild animal to save my life or the life of someone I love. Almost every person has had violent thoughts at one point or another in their lives. It turns out that being human doesn’t render you incapable of killing people for no good reason. Quite the opposite, in fact: Human beings are one of the only species that kill or hurt each other for non-survival reasons.

I think the reason people—myself included—label people who do terrible things monsters is that it distances us from violent criminals like Elliot Rodger. Murderers, attackers, and rapists do terrible things, but monsters don’t exist. It’s actually dangerous to think this way; it relieves us of the burden of actually having to deal with and act on the problem of violence. If violent criminals are monsters—freaks of nature that appeared out of nowhere and have no place among us—then it’s a freak occurrence when we have mass shootings, so we don’t need to identify with them or recognize our collective contributions to their actions. This is not some crusade to find the good in everybody, everywhere—especially those who commit acts of horrific, reprehensible sadism. But we can only work on preventing violence by accepting that murderers and other violent offenders are us.

Every year, I reread a book called The Gift of Fear. In it, the security expert Gavin de Becker explains how listening to your instincts can protect you from many kinds of violence. He also talks about how important it is to understand the reasons—sociological as well as emotional and interpersonal—that people commit violent acts. Which means getting inside the head of a violent person, and even trying to empathize with them:

Studying and interviewing those who use violence to reach their goals, I long ago learned that I must find in them some part of myself, and, more disturbingly at times, find in myself some part of them. There must be a place to hook the line before I drop down into the dark mine of some dark mind; there must be something familiar to hold on to. A man kills a cow with an ax, cuts open the carcass, and then climbs inside to see what it feels like; later he uses the ax to kill his eight-year-old stepbrother. Another man murders his parents by shooting out their eyes with a shotgun. We use the word inhuman to describe these murderers, but I know them both, and they are not inhuman—they are precisely human. Their violent acts were repugnant, to be sure, but not inhuman […] People resist the concept of a shared humanness. That’s because US and THEM is far more comfortable…Though anthropologists have long focused on the distinctions between people, it is recognizing the sameness that allows us to accurately predict violence. Of course, accepting someone’s humanness does not mean excusing [their] behavior.

[…] Scientists, after all, do not observe a bird that destroys its own eggs and say, “Well, that never happens; this is just a monster.” Rather, they correctly conclude that if this bird did it, others might, and that there must be some purpose in nature, some cause, some predictability.

I was taken aback the first time I read that passage. I had never heard someone refer to the humanity of a violent criminal. It had never occurred to me to consider a mass murderer’s humanity. But it’s something to think about—why did they commit this atrocity? What led them here, to this moment? Could it have been prevented? I think part of our fear of seeing a violent criminal as human is that it might force us to identify, in some small way, with them, like Gavin de Becker talked about—to see a piece of ourselves in them, or see a piece of them in us. It might also force us to feel for them, and it’s possible we just don’t have the strength to consider the humanity of the person who took innocent people’s lives, either in the moment, or ever.

When the Elliot Rodger story broke, I was so angry that I could hardly look at the news at all. I was furious that he felt so entitled to women’s bodies that he believed he was justified in “making them pay” for not having sex with him. But I understood that he was a person, and that what I was actually upset about was the fact that I could recognize that behavior in other people all around me, and that I wasn’t 100 percent surprised to see it taken to this extreme. I was angry at him, and I was also angry at all of us.

Maya Angelou said, “I am capable of what every other human is capable of. This is one of the great lessons of war and life.” We need to see our monsters for what they are: people, just like us. People who do horrible things because they can. ♦