Friday Playlist: Darkness on the Edge of Town

We Rookies love us some bad–girl style, but what about scary-girl style? There is awesome sartorial inspiration to be found in the closets of creepy kids, demon babes, werewolf teens, and vampire queens. Take some notes on the wardrobes of these frightening females…IF YOU DARE! 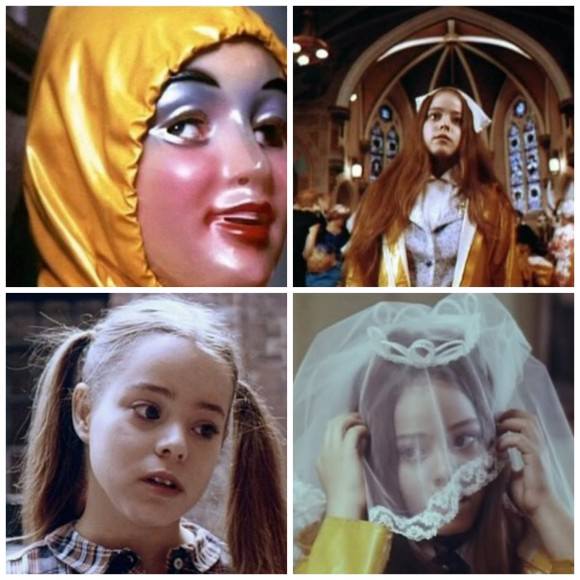 Alice, Sweet Alice (1976) is about a little girl named Karen, played by Brooke Shields, who is brutally murdered in church during her First Communion. Paula E. Sheppard plays Alice, Karen’s preteen sister. Alice was openly jealous of Karen and liked to torment her while wearing a translucent, grinning mask—but could she also be a murderer?! When a yellow-raincoated mystery person wearing that very same mask perpetrates a series of violent attacks, all signs point to yes. Alice is scary as hell, but she does have some cute clothes. A plaid Peter Pan–collar dress, Mary Jane shoes, and a yellow raincoat would make an ideal ode-to-Alice outfit. Add a disturbing mask and you might just have your Halloween costume—or a totally macabre new look. 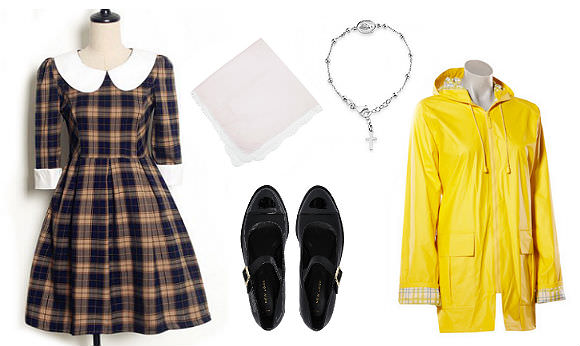 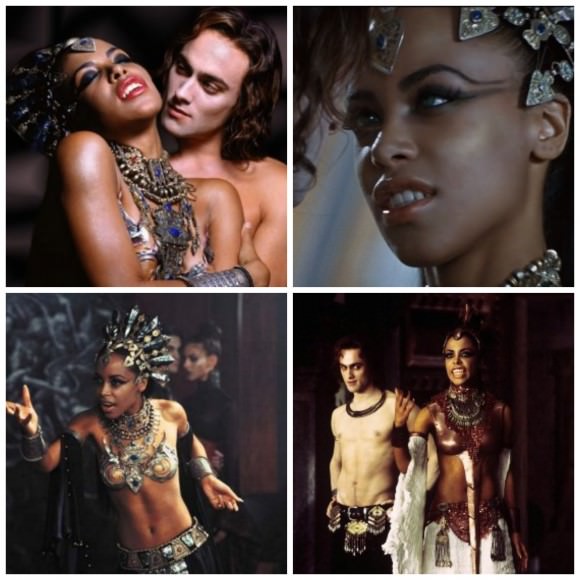 In Queen of the Damned (2002), loosely based on Anne Rice’s popular series The Vampire Chronicles, the vampire Lestat, played by Stuart Townsend, becomes a successful heavy metal singer. Having been awakened from a long sleep by Lestat’s rock-star shredding, Queen Akasha (Aaliyah), the first-ever vampire, makes Lestat her king so they can conquer the world with their evil. Akasha’s elaborate headdresses and ornate jewelry are exactly what you’d imagine a vampire queen to have in her closet. If you have the guts to dress like her, I salute you! A chain-mail bra, extravagant silver jewelry, and a dangling headpiece will get you there. 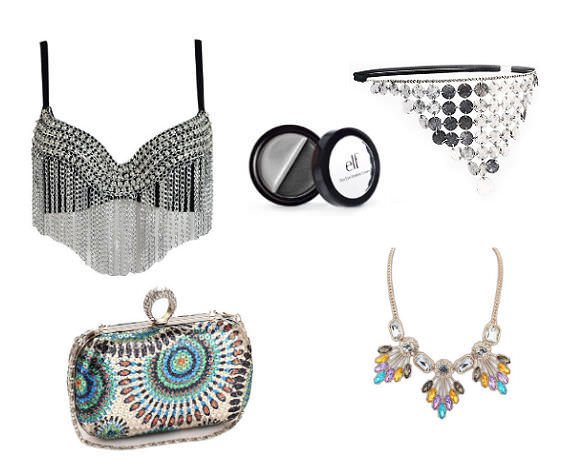 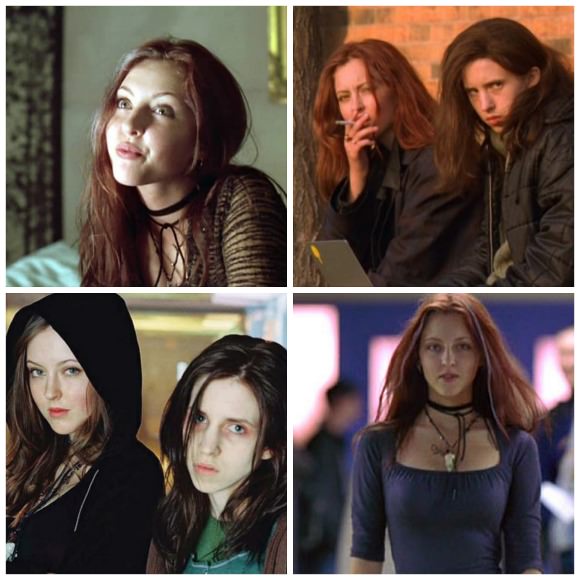 Ginger Snaps (2000) is about Brigitte and Ginger, two close-knit sisters who would rather make their own morbidly gruesome movies than date dudes. That all changes when Ginger is bitten by a werewolf and develops a strong sexual libido, an appetite for violence, and…a tail. Brigitte teams up with the town drug dealer/secret genius to search for an antidote to Ginger’s affliction before her transformation to she-wolf is complete. Brigitte and Ginger are kind of goth, so an all-black ensemble would effectively capture their vibe. Ginger’s signature accessory game is doubling up on neck jewelry, so don’t forget to throw on a velvet choker AND a long multiple-strand necklace. 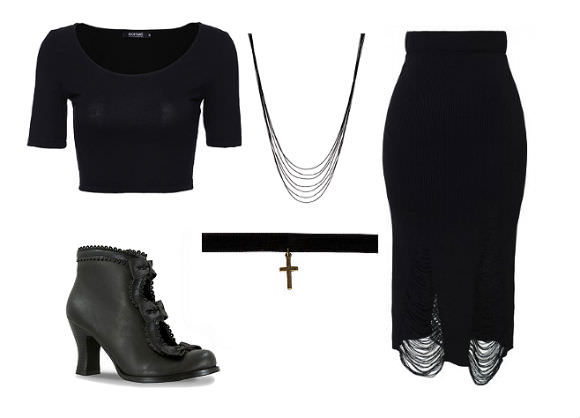 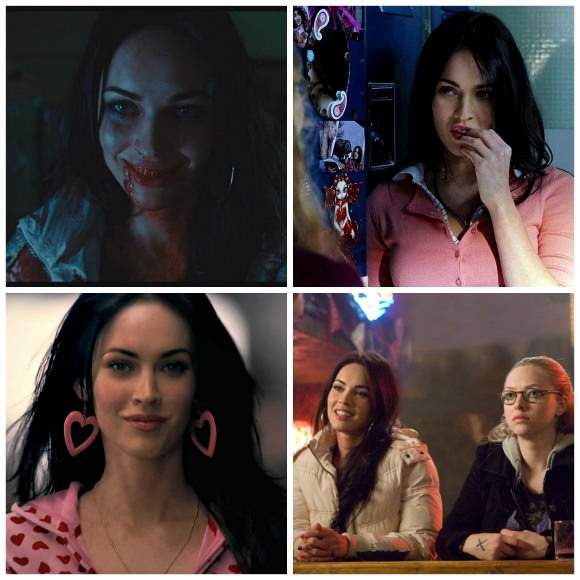 Jennifer’s Body (2009) stars Amanda Seyfried as the shy, reserved Needy and Megan Fox as the vain, egotistical Jennifer. Despite having totally different personalities, the teens have been best friends since childhood. One night, Jennifer convinces Needy to see an out-of-town band at a crappy bar. Jennifer leaves with them, and later that night she shows up at Needy’s house covered in blood, with a seriously voracious appetite. She starts seducing guys at school (because she wants to EAT THEM) and wearing a lot of cutesy pink clothes, which contrast nicely with her hellish demeanor. Her look wouldn’t be complete without a manicure: red or pink on every finger but the middle ones, which should be painted BLACK AS NIGHT. 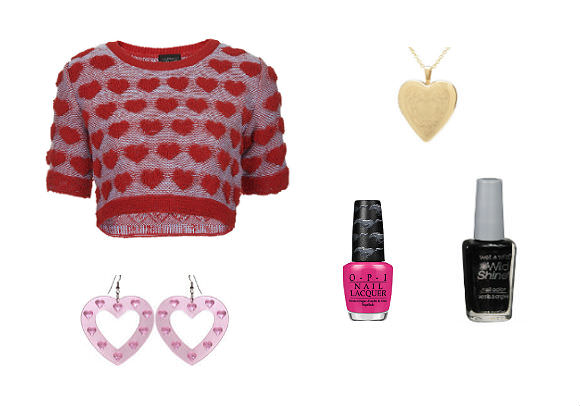