How I learned to deal with vaginismus. 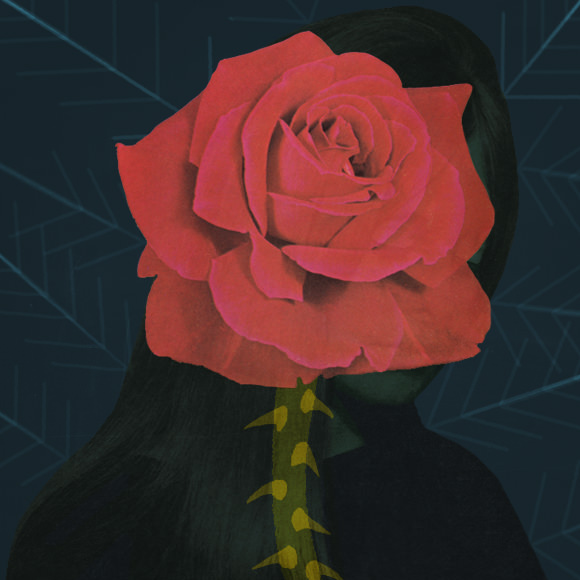 When, at 20, I lost my virginity to my first boyfriend, Carl (not his real name), I’d kissed only one boy before him, and all of my other sexual experiences had taken place either with faceless boys online or inside my own bed, alone with my imagination. I grew up in an extremely traditional Vietnamese family and was sexually curious, but very sheltered. I’d never even used a tampon before—that’s how little experience I had with the insides of my nether regions.

“Are you sure?” Carl asked as we sat on the edge of his bed.

“Yep,” I said confidently. I’d heard the first time could hurt, but mostly I was excited. He put a condom on as I lay down, buzzing with anticipation. He pushed into me…and I screamed at the pain, which was unlike anything I’d ever felt before. I ran to the bathroom and cried. I didn’t know if this was normal, but it felt excruciating. You never forget your first time—especially if it happens before you know you have vaginismus, a physical condition that makes penetrative sex incredibly painful or, in extreme cases, impossible.

When I confided in my sisters about the pain I felt during sex after keeping it a secret for months, they howled with laughter, asking, “Is it because you’re not wet enough?” They weren’t trying to be malicious—they just didn’t understand. I went back to my room and cried into my pillow, wishing they had taken it more seriously. I wished I could ask my parents for advice, but I knew they were off-limits because of their conservative values—my mom had long instilled in me that sex before marriage was reprehensible.

Each failed sex attempt with Carl was more painful than the last. We rarely talked about it, but his patience was visibly wearing thin. I tried to push through the pain and keep the spark alive, but it seemed futile, as his feelings about our sex life became more and more clear. Once, when we had phone sex, I said something about riding him, and he replied, “You can’t do that when it never actually goes in.” These little comments ate away at me, making me feel tiny and useless, and I began to dread every penetration attempt. After a while, it was much easier for me to pretend none of it was happening, and I stopped wanting to even try. Our relationship began to crumble, and so did my relationship with my own body. I felt alienated and heartbroken. It never occurred to me that I could seek professional help for the pain, or that it was in any way treatable.

When, six months after our first time, I tearfully declared that I wanted to go on a break, Carl said, “I’ve considered breaking up with you because you can’t do it properly.” It felt like a punch in the gut. I dumped him. He spent the next few weeks pleading with me to take him back, but it was too late. He’d amplified the little voice in my head that snarled, You’re too broken to love.

My next boyfriend, Peter, was kinder than Carl, and I thought things might be different with him sexually, too. We got along so well and everything we had done together had felt great and comfortable for me. We’d only been together a few weeks, and it was just a few months after everything had fallen apart with my ex, but everything about it felt good. So when he asked, “Are you sure?” when we decided it was time to have penetrative sex, I told him I was, and I meant it. Regardless of that mental certainty, the physical pain was the same. Trying to have sex was like a searing blade ripping through me. Although I’d never told Peter about the difficulties I had with sex before—I thought they might have been specific to Carl—he knew it wasn’t right when I cried out in agony, so he just held me while the tears came. He didn’t speak, he was just there, and though I felt ashamed and confused, I was thankful for the silence and the warmth.

When we talked about it after several equally painful attempts, Peter was incredibly supportive and patient. Sometimes, I resented him for that. Despite his constant reassurance that he loved me regardless, I wondered why he stuck around: Wasn’t this was taking as much of a toll on him as it was on me? Why didn’t he just leave me for a model that worked properly?

I began to fear all sexual contact. Though our relationship remained strong, I became more and more sexless, even as I simultaneously wanted sex more than ever. Thanks to my parents’ values, I grew up judging girls who had casual sex, but as I became more deeply absorbed in my own sexual issues, I began to envy them. I sat uncomfortably as groups of friends gossiped about sex and felt left out because I didn’t have anything to share, saying a tiny little prayer of thanks every time the conversation passed seamlessly by me so I could remain inconspicuous. Sometimes, I fantasized about living a different life and fucking hundreds, thousands of boys, just because I could.