My history with mental illness doesn’t make me special. 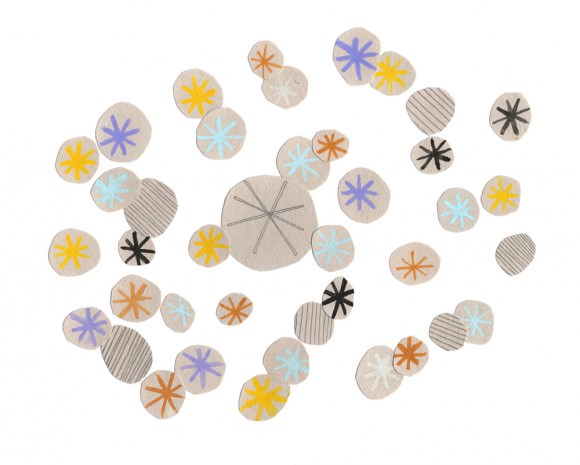 Whenever I hear the word crazy thrown around pejoratively, I’m briefly stunned, no matter who’s saying it about whom. Calling someone “crazy” this way is a tool used to differentiate some people from others, to marginalize them, to turn them into an outsider from civilized society. People have used that word to describe me from time to time, and it always rankles. The only person allowed to call me crazy is me.

When, for some reason, my mental illness comes up with new acquaintances, I say it with a wink and a smile: “I am fucking crazy!” It’s an easy way to joke off my anxiety attacks if I say it jovially enough, and anyway, I just don’t have a more economical term for what’s going on in my head. My battle with my mental health issues spans most of the years of my conscious life, thanks to my history with panic attacks, periods of depression, and agoraphobia, but “Damn my general anxiety disorder!” just feels too complicated for lighthearted conversations. It raises more questions than it answers.

Before I was aware of what fear was in any intellectual sense, I knew the sensation of incalculable, vast dread. I felt the size and depth of the universe before I knew anything else about it. As a kid, I hid from my parents when we had planned a family day out, not wanting to leave the house and not knowing why. I had no words to explain how I felt, which made my fear even more isolating and scary.

My agoraphobia became overwhelming at age 13, when I stopped going to school because I was tired every single day. Luckily, my family and I were willing to try anything to figure out what was wrong. I went to various doctors and even the hospital, where I was given blood and urine tests that we hoped would elucidate the problem. Everything came back blank. I was a constant worry for my mother, who didn’t know how to help me. I felt like I was a problem, that there was clearly something wrong with me. When I talked to my friends about their lives, they brought up schoolwork or what was on TV the night before. Their anecdotes never included how a hospital trip had gone, or whether they had tested positive for anemia. I could never reconcile my strange-seeming life with what “normal” teenage girls experienced.

When I did go to school, everyone seemed so laid-back and untroubled. At lunch, I was surrounded by girls who looked so happy eating together while my stomach dropped over and over and the static in my mind buzzed, I don’t want to be here, I don’t want to be here. At least once a week, I had to have my mom come pick me up in the middle of the day because I felt panicked to the point of suffocation.

Of course, all this made me feel decisively different. I was different. Normal was going to school five days a week. Normal was surviving a whole day without a panic attack. Normal was coming home, lazing about, and not having to worry about how to solve a problem in your brain that affects not only you, but your mother, your father, and your brother. Normal was spending break with friends and arranging to see them outside of school (the nearest I could get to socializing was Facebook messages). If I asked a friend what I missed in class, their synopses always seemed so dry. They left out all the insignificant details I wished for: the kids’ jokes and the teacher’s asides—all the stuff I “had to be there” to enjoy.

At 14, when the school year had ended and the summer freed me from my anxieties about school, my mother signed me up for therapy. I learned about the brain functions that led me to weld my fingers together from fear and filled me with the overwhelming impulse to run, despite not being able to breathe. My therapist had experience treating people like me, and in that office, I could relax a bit. I didn’t have to compare myself to others and guiltily punish myself with the conviction that I was different and flawed. My “crazy” was acceptable, and accepted, there.

Over time, I began to recover my life. I learned how to manage my anxiety and began to go out, see friends, and live the way I wanted to. I craved a fresh start—a functional routine in which I wasn’t prevented from doing the things I wanted to do by nerves or a fear of the unknown. What I wanted most was to go through the “normal” rite of passage of going to university, and so, when I was 19, I moved over 100 miles away from home to attend college in London. It was something I had doubted I could ever manage—but there I was, waking up in my new dorm room with the sun shining through the window each morning. I had done it!

University brought a barrage of new faces and friendships. Getting to know people in the close quarters of my dorms led to weighty conversations about our pasts, lives, and selves. Some people talked about trying to kill themselves, others about the panic attacks they had at night. Some had even been prescribed the same medication that I took every day. I had a “Me too!” feeling about my mental health for the very first time, and it is difficult to express how momentous that felt. For so long, I had simply defined myself as “crazy,” but now, finally, I had people in my life who understood me and who knew that “crazy” is so much more than a flippant insult. Among my new friends, a spotless mental-health record is what was “abnormal.”

The wave of relief I felt there was, strangely, accompanied by a feeling of loss. My “crazy” had always been my own, and, in a perverse way, it made me think of myself as special. At times, it became a point of self-pity that I clung to when life was particularly hard. It allowed me to envy nearly everybody around me, “normal” people who I imagined hadn’t ever been forced to keep endless doctor’s appointments. But here, now, at university, I was realizing that “normal” people were not as perfect and enviable as I had thought. The dividing line I had drawn between them and me began to blur.

Last spring, in the wee hours of the night, I couldn’t sleep, so I wrote a long email to my parents. It was a Friday, and most of my schoolmates had gone out. I felt, for the first time since I started university, incredibly alienated from my friends. “In my desire to be ‘normal,’” I wrote, “and to treat myself no differently than I would anyone else, I rarely acknowledge the fact that I have achieved so much.” My parents are the only people who have witnessed the full extent of my “crazy,” and I had mixed feelings about that. It made me feel closer to them, but farther away from my friends. On the other hand, there was something liberating about creating this new life with people who didn’t know me when I was too afraid of the world to leave my bedroom. These were the people who could help me move forward.

The past is the past, and it’s a hugely significant part of how I became the person I am, but I want people to see that person and not the path that got me here. I’m still navigating, and trying to connect, the “other” side of me and the “normal” one. I don’t often reveal my anxieties, phobias, and rituals to new friend—I’m afraid they might think I’m strange. Some people probably do. I still have limitations. I still can’t quite articulate many of my feelings, but I don’t always need to now that I’m able to live with them more harmoniously. I retain the right to call myself “crazy,” but I don’t let the word define me anymore. ♦