A Guy’s Guy’d to Raising a Cool Kid

For all the hip fathers out there. 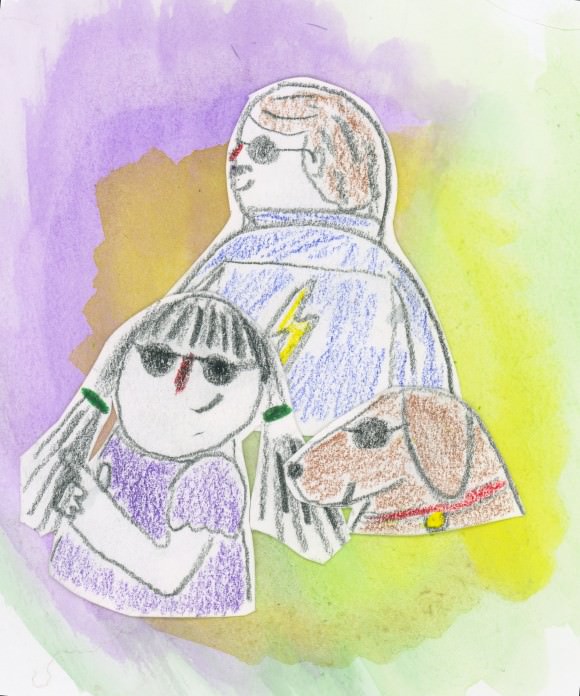 Man is not born cool. Aristotle, who understood this better than anyone, said, “We are what we repeatedly do. Being cool, then, is not an act, but a habit.” Then he did a kickflip and tagged ARISTOTLE on a pillar of the Parthenon.

Wow, you are thinking, I’ve never heard that quote before, and in addition, I didn’t know Aristotle said it. Sounds like SOMEBODY (you) needs to develop cooler habits if they want to hang with this article.

JK! You’re off the hook for two reasons: (1) The real quote is about excellence, not being cool. I changed it. And (2) Aristotle didn’t say it, the philosopher Will Durant did. It gets attributed to Aristotle because people love the quote but don’t know who Will Durant is so they credit Aristotle instead. Cool people do know Will Durant said it, and I’ve made it a habit to know stuff. Therefore, by using logic, I have just proven that I am cool. Ask Aristotle.

Fellow fathers: If you’re like me (cool), you have spent your entire life listening to bands before they got famous (and then stopping when they did), wearing amazing T-shirts, and having ultra-stylish hair. Maybe you thought you’d have to stop being the coolest dude around when you became an Official Dad. Perish the thought! Fatherhood doesn’t mean you have to throw out your Joy Division T-shirt. And it doesn’t mean you have to start listening to, like, Raffi or Taylor Swift, either. Because what’s the point of being cool your whole life if you can’t pass your swag on to your spawn and bestow upon them the Gift of Cool? Here are some tips to make sure your child achieves the highest level of coolitude in their lifetime, even if they don’t want to (because you don’t care what they think because cool people don’t care what other people think).

1. Start your child’s musical education while she is still in the womb by making sure the only music being played in her vicinity is the Stooges (pre-1975), Black Flag (first album only), early Ramones, early Clash, Wilco, and Jobriath.

2. If you’re present during your kid’s birth, arrange to have the new Guardians of the Galaxy movie playing in the hospital room, so she can say she saw it before any of her friends.

3. Hone her freestyle skills early by responding only to requests for food, school supplies, car keys, etc., that are rapped, not spoken.

4. Make flashcards of internet memes (pic on one side, caption on the other). Quiz her every night before bed, then pat yourself on the back because you’re the coolest.

5. Always be there no matter what and love her unconditionally through all of her highs and lows and teach her by example to treat herself and others with respect and tell her to trust her gut and love herself as much as you love her and to say please and thank you.

6. No BuzzFeed in the house.

Julian McCullough is a comedian who lives in Los Angeles, has appeared on The Tonight Show with Jimmy Fallon, and has a family instead of a podcast.