Why Can’t I Be You: Rebecca Solnit

The writer and activist on mansplainers, anxiety, and secret Buddhism.

How to Make a Nifty Badge Display 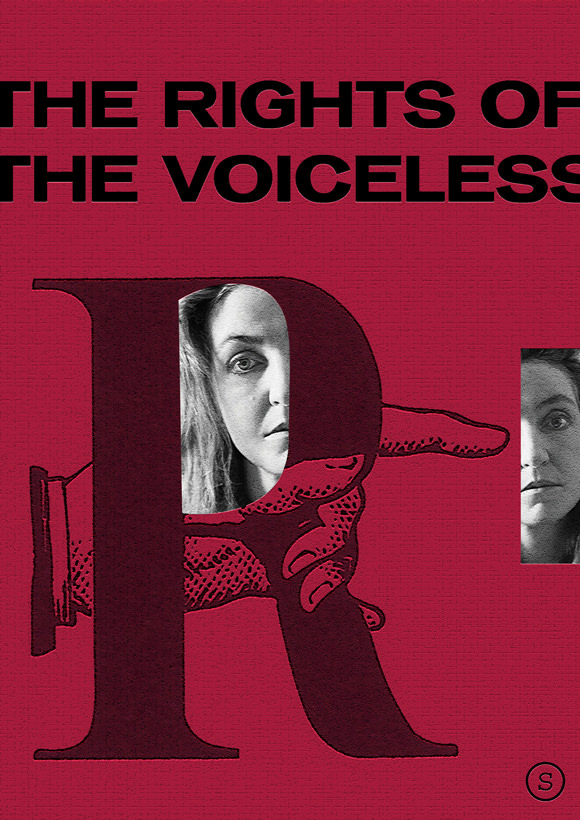 My love affair with Rebecca Solnit’s work started when I read Hollow City, her book about how gentrification affected the residents of San Francisco neighborhoods. After that, I devoured her collection of essays called Wanderlust: A History of Walking, her book on community-building after a natural disaster (A Paradise Built in Hell: The Extraordinary Communities That Arise in Disaster), and her countless shorter pieces that examine the challenges of being a woman.

In one of those essays, “Men Explain Things to Me,” which she later included in an anthology of her feminist pieces by the same name, Rebecca popularized a word that I—and maybe you, too—now hear on a daily basis: mansplaining. (You know: that moment when a dude feels the need to tell you about something you already know.) I most definitely want to be Rebecca Solnit, so I was honored to get to talk to her on the phone recently about how she got her start in the writing world and the everyday habits that make her the badass that she is.

CAITLIN: When did you start writing?

REBECCA SOLNIT: I decided that I wanted to be a professional writer when I was six, thereby leaving behind my career as a ballet dancer. I wanted to be a librarian for a little while, and then, in first grade, I realized that some people don’t simply hang out with books all day—someone gets to write them.

It’s very easy to have big dreams, but carrying them out is a bit trickier. Partly because my brothers would sometimes find things I wrote and make fun of them, I didn’t write much until I left home. I didn’t go to high school, because I was really miserable in junior high school. I was small, I was skinny, I was poorly dressed, I didn’t have money for clothes, and I was lousy at sports, so I was picked on. I just didn’t see any reason to have several more years of being punished for being who I was. I started college early after a couple years at an alternative junior high school. I graduated from college with a degree in English and realized, OK, now I know how to read, but I still don’t know how to write. So I went to the journalism school at UC Berkeley, back when public education was super affordable even to someone like me, who was not exactly a runaway—that word implies someone was trying to stop you—but a walk-away from home. I left home at 17. My parents were like, “Great, you’re grown up—send postcards. We’re not doing anything more for you.”

I was super poor for a while, but at 22, I graduated, got my first editorial job, and published my first two pieces. One of the things about being a girl is that, often, no one encourages you to be ambitious. Sometimes you’re told you’re going to be a failure, but it’s more fun to rebel against that than rebelling against the idea you’re going to be a success—which is what a lot of guys get told. I got to rebel by succeeding, and it surprised everyone, including myself. There just wasn’t any support or encouragement there—I didn’t have any of that when I needed it, and now I have lots. You can’t wait for it to come from other people. Everyone wants to bet on the winning horse after it wins the race.

When did you realize that you had an important voice, and a point of view other people needed to hear?

I don’t know what it means to have a voice that’s important, and it’s not my job to say that other people need to hear what I have to say. I’ve just said what’s really important to me—what I’m passionate or furious or sad about, or what I think is beautiful—and it’s amazing to me that what I have to say resonates with other people. As I’m sure you’ve already gathered, I was really alienated as a kid, but I grew up to have this written voice that has been translated into Korean and Swedish—which is surprising, because being alienated comes, in part, from feeling like you have nothing in common with other people.

It’s a total cliché, but it’s important to be true to yourself. That’s where your power is. That doesn’t mean “Don’t take advice, don’t work on your skills.” It just means find what you’re passionate about—what you can devote your life to—and take it from there. (Here, I might add that talent is overrated, and a sense of purpose and dedication maybe underrated, for a creative career.) I don’t quite know how it all worked out so well. I’m still kind of staggered and amazed and thrilled and grateful that people want to read my writing, that it’s what I do for a living.

What professional accomplishments are you proudest of?

I’ve written about a bunch of stuff before it really came into focus. There’s been a bunch of books about walking since I published mine in 2000. I’m also proud of the work I’ve done on disaster—how actually most people behave really well in disasters—and the related work it instigated, like Adam Clay Thompson’s investigation of crimes that people in power committed in the wake of Hurricane Katrina in New Orleans. I’m proud of my work with the Western Shoshone land rights struggle, and of working with these amazing Native American matriarchs when I was much younger. I’m proud of the fact that I apparently inspired the word mansplaining and that, right now, I get to be part of the amazing, transformative feminist conversation about sexual violence, rape, gender identity, and power.

Can you describe your average workday?

People always want writers to have some beautiful ritual. I know there’s some poetry lady who gets up, watches the dawn, and lights a candle to the muse. I have a very ritualized breakfast with tea and toast and yogurt, with a teapot on a tray so that I can take it wherever I want in my or my partner’s house. This morning I did that, and then I went rowing, and now I’m doing an interview. Other days, I might start reading and writing with breakfast, or I might be traveling because my work makes me travel about 80-100 days a year, which isn’t as much fun as it sounds. That disrupts the ritual.

There are so many pieces to writing. You research, you outline, you collect data, you interview people, then you produce the first draft. That’s partially writing, but mostly thinking, because if you type before you think, you’re going to type a lot of gibberish, or you’re just going to spill it all out and have to clean it up like crazy later. Then you start revising and editing and fact-checking. Typing is like five or 10 percent of the process.

Other than the tea and toast, my daily routine is totally chaotic. A lot of the time, I feel like one of those people who never get anything done because they’re moving like three inches forward on 50 different fronts in a day, rather than a mile forward on one front. So I feel really ineffectual, but I somehow things get done. I also have an activist life. I’m very excited to be attending the People’s Climate March in New York on September 21.

Then there’s that thing that no one warns you about: If you become successful, you’re supposed to do interviews on radio and television, live appearances, lectures, book signings, and all this other stuff. So many people want to be writers, but they don’t necessarily want to write. I always think there’s a difference between people who want to play the guitar and those who want to be rock stars. The rock stars want to be that thing; the guitarists want to do that thing.