Why Can’t I Be You: Danyel Smith

“Don’t always be going to the party—give the party.”

A Beginner's Guide to Improv 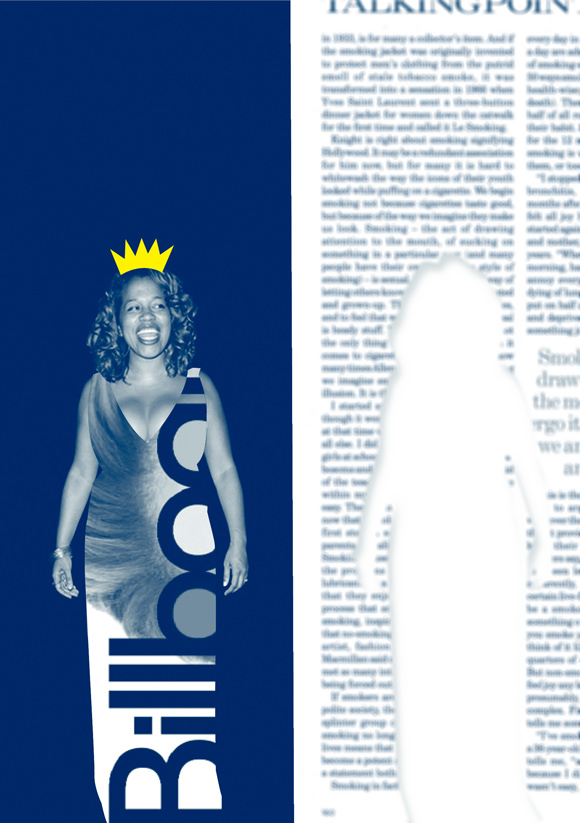 The first time I met Danyel Smith, she was interviewing me for a job at Vibe magazine, where she was editor-in-chief. Job interviews are always kind of nerve-racking, especially for jobs you really want; what made it worse in this case was that I went in being pretty intimidated by Danyel, who struck me as basically what you think of when you think of an EDITOR in NEW YORK CITY: powerful, fiercely intelligent, full of energy, and eminently cool.

She lived up to that image, too. I walked into her giant, pristine office, which was filled with modern-looking white furniture, and was introduced to this impeccably dressed woman who just radiated authority. This was way back in 2007, but I can still remember the hot-pink and green Post-its stuck to her computer screen, and the way she gazed out the window contemplatively as I nervously told her about my work experience. I’d had editing jobs before, but the energy in that office, and the legacy of the magazine, just felt so much more real to me. I felt like I had finally made it just by sitting in that room, talking to that woman—whether or not I got the job.

Of course, I already knew all about Danyel Smith. She was, and is, one of my favorite music critics, novelists, journalists, and editors. I knew that she grew up in Los Angeles and Oakland, California, and was one of the first nationally renowned hip-hop journalists at a time when the mainstream media couldn’t be bothered with that genre. She went on to become the editor of Vibe, Vibe Vixen, and Billboard magazine, to write two engrossing novels (More Like Wrestling and Bliss), and to teach writing at various colleges in New York. She has interviewed and/or written about just about every pop and hip-hop star you can think of, from the 1990s to now. And she has written so many great pieces of music journalism that I don’t even know what to tell you where to start reading! If you can wait a few months, maybe start with HRDCVR, the new “book-shaped magazine” she is launching with her husband, the writer and editor Elliott Wilson.

I ended up getting that job at Vibe (thank you, Danyel!), and ever since then, Danyel has been a beacon, awesome advice-giver, editor, mentor, and friend to me. I am still in awe of her—even her Wikipedia page is just like whaaaaaat! She inspires me and so many others to accomplish our dreams.

JULIANNE: When did you know you wanted to be a writer?

DANYEL SMITH: Early second grade, third grade. I had this teacher named Mrs. Gibbs who was very into us building books. We could write little storybooks and draw pictures to go with our stories, and then we would staple the whole thing and make a cover. I was like, This is the freshest shit ever. I just knew that every time there was a creative writing class, a newspaper to be on, yearbook, anything, [I would do it]. I was making a newspaper for my neighborhood called The Fifth Grade Daily Arrow. It had a circulation of six. We were strong on the block.

Do you remember some of the stories you published in The Fifth Grade Daily Arrow?

Definitely. There was a movie review, and [we would tell you] where you could see the movie in the neighborhood. I was doing that Moviefone shit before anybody! [I wrote about] what different families were doing on Highpoint Street in L.A. There was this one family, the Gardens, that had four adopted kids, and for some reason I felt that it needed to be known that they were adopted! I don’t know if they appreciated that. I had a sports section; I would write about what was going on with the baseball team at our elementary school. I think our lead story, like the best one—like straight “breaking news,” right?—was the car accident on Pico and Fairfax or something like that. I was there taking notes! Not good notes—just like “There’s a blue car and a tan car. They had an accident. Everybody is OK.” All bylines, Danyel Smith. I was like 10. I thought I was so fresh. I would literally hand [the paper] out to people on the block, like, “Hi, Mrs. Garden. I know everybody’s adopted in your family, so here’s a story.” Steven, Michael, Renee—those were the three kids. I’m still friends with them on Facebook.

By the time you were in high school, did you already know you wanted to make magazines, since you had already been making them?

I totally did. I don’t know a super nice way to put it, but I did not have that family that was super interested in everything I was thinking. I had to make up my own mind about a lot of things at a very early age. So in junior high, we could take electives, and I knew I wanted to take creative writing. Also offered as an elective was to be on the school paper, and I took that shit mad seriously. I just wanted to write all the time.

When you want to be a writer, at least when I was younger, there is a lot of romance attached to that. My mother used to give me Nancy Drew books and Nellie Bly, Girl Reporter and all these biographies. I started to see that if you wanted to do stuff, you had to do stuff. And I did. When I got to high school, I went to an all-girls Catholic school, and I was voted “most involved in school activities.” I don’t know if I have ever stated that publicly before, because it’s so herbish! But that included being photo editor of my yearbook, among other things. I think I always put myself in those places where I would get positive feedback, because that wasn’t always forthcoming in my family. I’ve never really been, even to my detriment, that much of a complainer. I’ve always tried to find a way to fix my situation.

I was always around creative shit. I like the whole process of “We have nothing, but at the end of the month, we’re going to have something,” whether it’s a play or a newspaper or a magazine or a book or even a fucking relationship, you know what I mean? We’re gonna have something.

In high school, I was always trying to get grades goods enough to get into college, and I had jobs. I was a junior life guard; I was working at the police academy as a proctor. This was my plan: I’m going to have my own money. I’m not going to do drugs, because I’m scared of them. I’m not going to drink until I get to college. I’m not going to have sex, because I know as soon as I have sex—the moment I have sex—I know I’m going to get pregnant. I didn’t want anyone to have any reason to say shit to me about anything. When my mother or grandmother would be like, “Where are you going? You need to be home by midnight.” I was like, “That’s cute. That’s super cute. Because, number one, I’m not smoking, I’m not drinking, I’m not pregnant. My GPA is as close to 4.0 as you can get without actually being a 4.0. So this is rather arbitrary, and I’ll see you when I see you.” And so, that’s how I was living as a teenager.