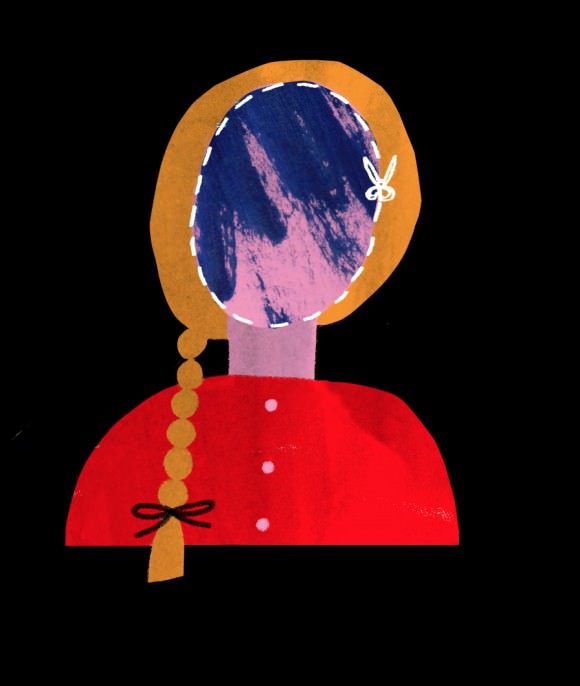 I’ve done pretty well so far. I got good grades in school, got into the first-choice university, and quickly snagged an internship that turned into a job in the field I wanted to work in. I have achieved my dream of writing professionally. Contrary to how I’m maybe making it sound, none of this came easily—I had to put in long hours of work and study, sacrifice countless fun experiences and alternate paths, and deal with the usual professional rejections and humiliations along the way. Despite all that toil and trouble, though, it all still feels like dumb luck to me.

When people compliment me on something I’ve done, I have to stop myself from protesting, “But it wasn’t MY FAULT!” I was merely in the right place at the right time; I am one of those lucky people whose brains are wired to excel within some arbitrary educational system; I showed up for an interview right when someone had quit and they were desperate to find a replacement. It’s more comfortable for me to shuffle my feet and chalk everything up to random chance than it is to say a simple “thank you.” It’s like nothing I achieve ever feels good enough, or like I should be proud of it, even though I’m not really sure what (or whose) standard I’m measuring myself and my work up against.

It wasn’t until a few years ago, at a TEDxWomen conference, that I learned there was a name for this self-perpetuated psych-out: “impostor syndrome.” It was in a lecture by the author Hannah Kent, who described how she always felt as though she had just kind of stumbled into her all of her achievements, which include a Ph.D. and many award-winning books.

“The impostor phenomenon is when you suffer from feelings of fraudulence which are powered by fear,” she explained, citing research by Dr. Pauline Rose Clance and Suzanne Imes that found that high-achieving women tend to attribute their success “to luck, to being in the right place at the right time, to factors other than ability. […] They live in fear that eventually some significant person will discover that they are, indeed, intellectual impostors.”

I had gone to the conference with two friends, both extremely talented editors and writers and generally very cool and smart people, and when we heard Hannah Kent speak, we traded looks of recognition. We all busted our asses at our respective jobs and took immense pride in our work, but still couldn’t shake the feeling that someone was waiting to catch us out and expose us as fakes. During a break, we got a chance to debrief and found that we all shared the symptoms Hannah had described, particularly that fear of being found out by an unnamed higher authority. We’re all accustomed to hearing stories of success that involve years—maybe even decades—of thankless struggling before getting any kind of recognition, so you can imagine how we, three young women earning living wages in our chosen fields, felt like we were somehow tricking the system just by doing our jobs. We felt like our very lives were fraudulent, and that it was only a matter of time before we’d be caught.

The more I try to cope with impostor syndrome as an adult, the more I realize it’s been affecting me—and many people I know—for a very long time. It mostly affects my creative and professional work, but it can show up anytime, about anything, and it happens to almost everyone. I’m always extra aware of its ubiquity during awards season. Each time Taylor Swift wins a Grammy and expresses surprise that she was #blessed enough to be recognized, I see my own shock at being told I’m doing a good job reflected back at me. People are always quick to lampoon Tay’s “Me!? Really? You like my work?” reactons, inferring that there’s only a certain number of times you’re allowed to be surprised when you win something. But I’m on Taylor’s side. Sometimes the louder the voices of support are, the louder your own inner voices—the ones telling you to count your blessings, because they’ll be taken away as soon as you’re exposed as a hack—get.

You can’t really win: If you feel lucky every time you’re recognized, like Taylor, people say you’re faking modesty for praise. But if you go the other way—let’s call this the approach—and are like, “Of course I won, because I deserved to win, because my work is the best and I’m glad you realized that,” you run the risk of being labeled a narcissistic egomaniac. No wonder it’s so hard to figure out how to accept our own successes.

I recently spoke as part of a panel at the Melbourne Writers Festival, which was held on the very same stage that I’d seen Hannah Kent speak on two years earlier. The moderator asked the five panelists to name a women who has changed our lives for the better. We took turns praising the people who had inspired us. Then it was time to take questions from the audience, and someone asked how we, the panelists, respond to the kind of praise we had just given our heroines. Four out of five panelists grew visibly uncomfortable. We stumbled over ourselves to avoid the question; each woman desperately tried to shift the spotlight off of herself and onto the rest of the panel. “What, me? Get out! Nobody cares what I do!” we said. “I don’t know why anyone would admire me,” we protested. “I don’t know what I’m doing!”

The only person on the panel who wasn’t playing treating the idea of praise like a hot potato was Rookie’s own illustrator extraordinaire (and now my unofficial life coach) Minna Gilligan, who, after taking in our absurd attempts at humility, calmly said, “You’re all amazing.” She said it like a parent telling a couple of kids to stop fighting, they’re both pretty, and had the effect of forcing us to confront the self-negation we were reinforcing in ourselves, one another, and the audience. For a moment, I couldn’t believe we’d all slipped into self-doubt mode so easily. The fact that four successful, adult women could so swiftly flip the switch from “Here’s why this woman is so admirable and wonderful,” to “Don’t pay me any mind, I’m nothing special” showed me how pervasive and sneaky impostor syndrome can be.

The first step in fighting impostor syndrome is to be aware of it. With that recognition comes a certain kind of liberation. Rather than freaking out, like, My impostor syndrome is keeping me from creating my best work! I’ve instead tried to be honest with myself and others about it and think, My impostor syndrome will be here whether I do this work or not, so I might as well try to work past it for long enough to get my shit done! When you treat it as a regular part of your creative or professional output, you take away some of its power to intimidate you.

It can also be helpful to remember that you do what you do because you enjoy and are devoted to it! I feel a little less miserable and unworthy when I remind myself that I write because I love it and it makes me happy, and no matter WHAT the unnamed person who wants to discredit me might say in my worst nightmares, that part of my relationship to my work will always be true.

Even though impostor syndrome is always quick to creep back and make me doubt everything I’ve worked hard to do, I know, at least intellectually, that I deserve what I have, and that the only solution to this whole thing is to just keep working, and to try my best to enjoy it—which is why I do it in the first place! While I may not be the best that ever was in my field, the fact that I get to be a part of it at all is not a coincidence—it’s because I love it, am capable at it, and dedicate all my energies to it. Wait…doesn’t it sound like that makes me the opposite of an impostor? ♦