Reach Out: An Interview With Sheila Heti

On personal style, “the life of the writer,” and why you should bug the people you admire. 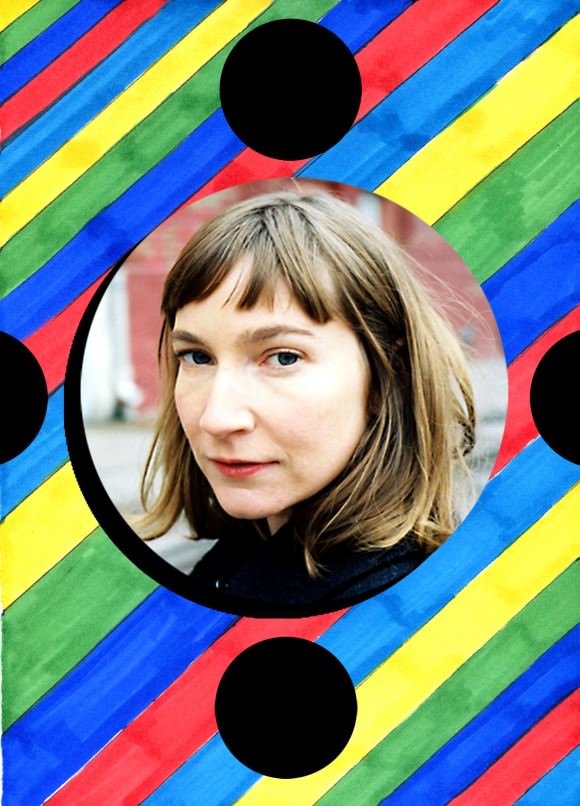 Collage by Minna, using a photo by Seth Fluker.

Sheila Heti has been one of my favorite writers ever since I read her novel How Should a Person Be? when it came out two years ago. The book is about two best friends, Sheila and Margaux, who are loosely based on Heti and her real-life BFF, Margaux Williamson.

Heti’s latest project is a book called Women in Clothes, for which she, Leanne Shapton, and Heidi Julavits sent more than 600 women a survey about what they wear and why. (“Do you address anything political in the way you dress?” “What’s the situation with your hair?”) What came out was a book of essays, conversations between women, and photo projects by the likes of Cindy Sherman, Lena Dunham, the whole Black Girls Talking crew, and some of our own Rooks (Amy Rose shares her eyelash secrets!).

I recently got to talk to Sheila Heti about how this awesome new book came into being, what dressing yourself is really about, and how to BE as a creative person in the world. Enjoy!

MONIKA: How did the idea for Women in Clothes come about?

SHEILA HETI: My boyfriend is, and always has been—I’ve known him since we were teenagers—a person who takes care with how he dresses. A couple years into living with him, I started to see dressing as an interesting part of creativity. I hadn’t really before. So I wanted to start thinking about dressing.

I went to the bookstore to look for a book that would reveal to me how women thought about what they wear, but there was no such book. I decided to pursue my curiosity a different way: I sent like seven or eight questions to a handful of women whose answers I most wanted. The questions were like “What’s your process for getting dressed in the morning?” and “When do you feel most attractive?”—things that I wanted to begin thinking about. I found the answers really, really interesting. Already just from those emails I was starting to have all sorts of new thoughts about visual aesthetics and our relationship to clothes.

Then Heidi Julavits, who I also work with at The Believer, proposed that this be a book. I said we should have Leanne [Shapton] be part of it too. I’d worked with her in the past: She photographed me for her [2009] book Important Artifacts. So I knew she was a wonderful person to work with, and that she has a genius design and visual sense. The three of us got together the next time I was in New York, and it grew from there.

How did the survey grow into 50-some questions and get passed around to so many different women?

First, Heidi and Leanne added some questions. The first survey we sent out probably had about 20 questions. As the year went on, we took off questions that weren’t getting such interesting answers and we added new ones. We put the survey on the book’s website for people to download, and we promoted it through Twitter and Facebook and our friends.

We started contacting journalists in other countries and asked them to pass the survey on to their contacts. We also had these business cards that Leanne had designed that said something like “I like what you’re wearing! Would you answer a survey for an upcoming book?” When we were out in the world, we would carry these cards with us and just hand them to women we thought might be good respondents.

As much as the book talks about clothes and dressing and style, it is also very much about the relationships women have to other women-in-clothes. Can you talk about the range of responses you got about how clothing shapes how women interact with other women?

Yeah! I think that one of the warmest ways to strike up a conversation with another women is to compliment something she’s wearing. That says “I’m your friend. I’m not your enemy and I’m not competing with you. I like you! I see what you’re doing and I appreciate it.” I think compliments are a very natural and great way to open up a conversation and to become intimate with somebody right away. It’s just a way of saying “I notice you.”

[Clothing] is also something that everybody has to put a certain amount of thought into. Obviously, some people put more thought into it than others, but we all have to get dressed. So even if you decide “I’m not going to think about it,” that still says something about you and your values and your orientation—to yourself physically and to the world.

There’s a theme throughout the book of women looking at other women, sometimes with admiration, sometimes with envy. People often wrote in their surveys, “I want to be her, but I never will be” or “This is someone I really admire.”

It seems like a lot of women dress for other women. It’s different to dress with the idea of women as your audience. I mean, to dress with men as your audience is a pretty simple equation. But dressing for women is a more complex thing. But when you read surveys from 600, women you realize everyone is just expressing themselves. There’s not this ur-woman that everyone is trying to be. Everyone has their own idea in their head of who they want to be, or what’s admirable, or what suits them.

But I think that you learn who you are and who you’re not in relation to other people. You can’t, obviously, imitate all women—you can’t be the frumpy woman you admire and the manicured woman you admire. But you can say, “I’m never going to be that woman, that perfectly manicured woman—but I appreciate her.” And by appreciating someone else, you can appreciate your own self more. For me, now, after doing this book, when I walk down the street, I notice and appreciate a greater range of women. And I also sort of feel more comfortable with myself and with my own choices, my own individuality, rather than feeling that I’m missing the mark.