Plus new Gareth Pugh, the return of MAKERS, and a scuba spider. 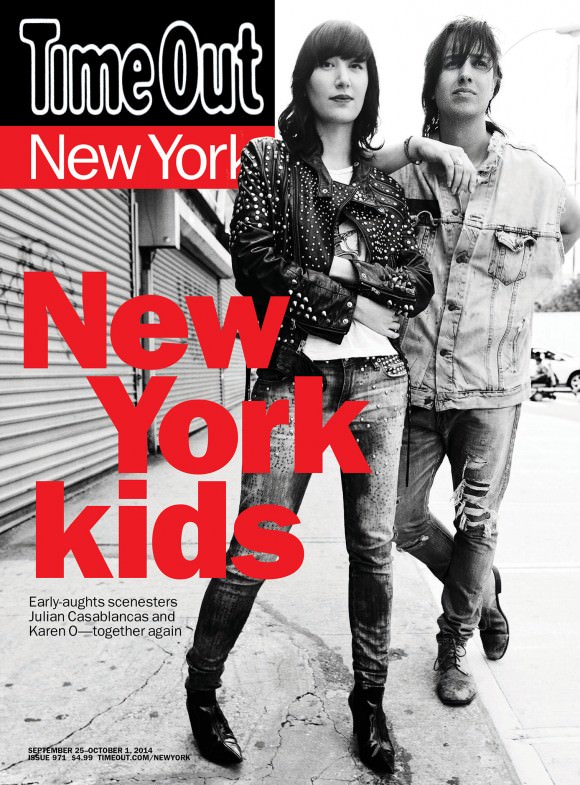 Photo by Jake Chessum for Time Out New York.

The Ask a Grown alumna Karen O and Julian Casablancas interviewed each other for this week’s Time Out New York. While they’re best known for fronting the bands Yeah Yeah Yeahs (O) and the Strokes (Casablancas), in this article, they talk about their solo adventures (and bond over the Dirty Dancing soundtrack). Their conversation about songwriting explains the intricate artistic processes which have kept me listening to them since freshman year of high school.

Once again, PBS and MAKERS are teaming up for the second season of their documentary series on often-overlooked women in history who enacted massive change in their times, the first episode of which will air September 30. The hour-long shows will feature women of different backgrounds, ethnicities, and professional fields, AND the narrators and directors are women, as well. Needless to say, these are going to be some rad segments that’ll disrupt a historical narrative which all too frequently disregards women and diversity.
Estelle 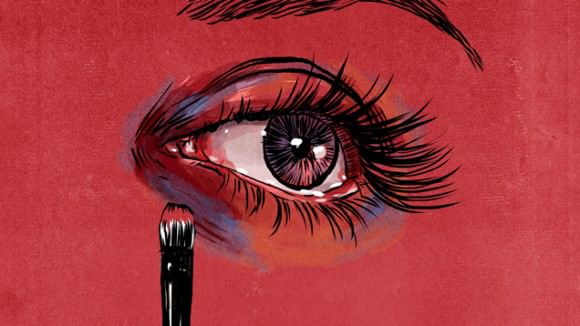 Illustration by Jim Cooke for Jezebel.

Rookie’s very own beauty (and life) maven Arabelle wrote a moving essay about using makeup during a period of abuse. It begins, “Two days before CoverGirl, the NFL’s ‘official beauty partner,’ was forced to respond to the league’s handling of the Ray Rice case, I helped three girls on the internet find concealer to cover up their bruises and self-harm scars,” and continues on to examine the links between cosmetics and domestic violence.

I normally dislike creepy-crawlies, but I couldn’t resist the story of the diving bell spider, which, apart from having the most beautiful name for a spider I’ve ever heard, spends its whole gosh-dang life underwater. I applaud them for their incredible feats of submergence. (Just please don’t come near me when I’m swimming, spider-bros.) 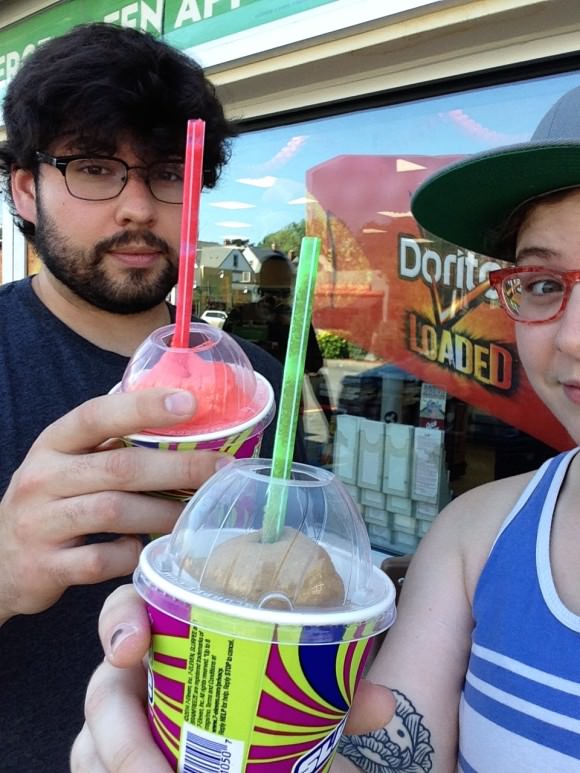 Photo of Claire Greenlee Brown, left, and a friend via The Toast.

I’ve been thinking a lot about how challenging it is to have a body and be in the world, especially when you’re not a man. Claire Greenlee Brown’s “Your Concern About the Exact Nature of My Gender Has Been Noted” is a generously light-hearted, but sobering account of the writer’s experiences as a trans person. The piece includes awful examples of the downright rude and inconsiderate things other people have said to Claire: misgendering, ignorant things that trample all over every person’s right to be private about their own body.
Shriya 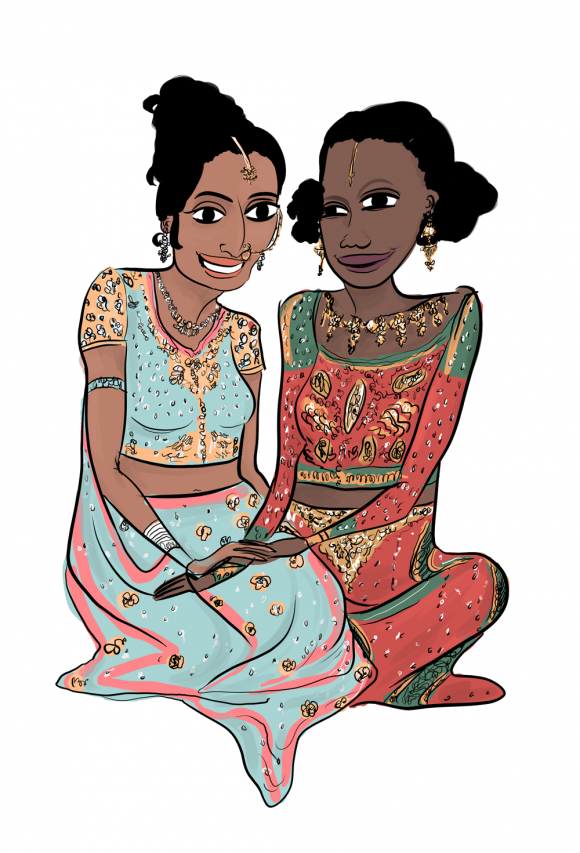 Browntourage and Mojuicy wrote this great article about the differences between cultural appropriation and appreciation in fashion. I tend to get confused about when it’s OK for someone to borrow an item from a different culture, so I found their step-by-step guide to thinking through it super handy.

The Navajo Nation is receiving $554 million from the U.S. federal government as a settlement to a lawsuit claiming that the government has mismanaged the resources of the Navajo for over 50 years. Many other Native American tribes have filed for similar breach-of-trust claims, and though it is good to see the Obama administration working towards making reparations for past systemic atrocities against Native people in the United States, there’s still a long way to go.
Meagan 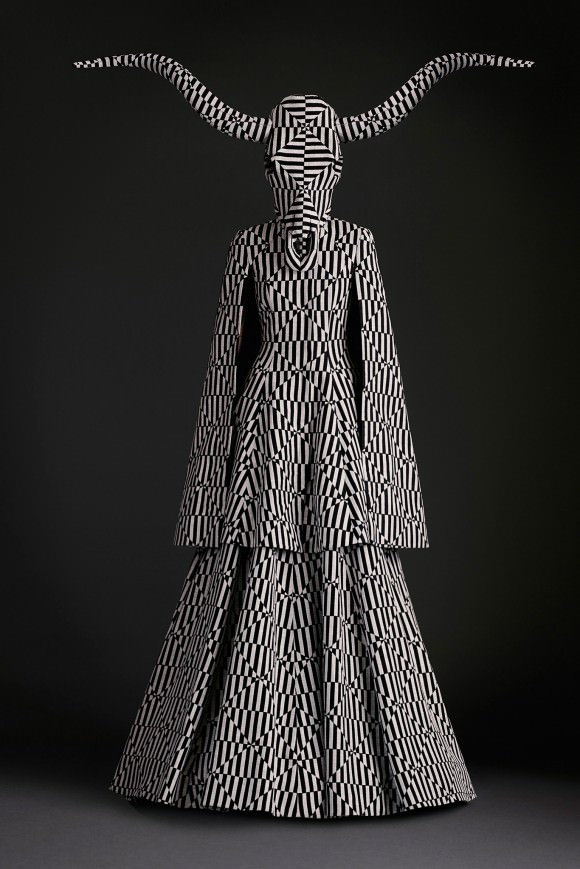 Gareth Pugh unveiled his Spring 2015 collection, and it might be my favorite of the whole season. It’s inspired by Baphomet and pagan rituals, scarecrows, and angels, and that all comes together so cohesively. The headpieces include horned skulls and massive dunce caps, and the most conceptual piece is what appears to be giant hula hoop covered in tattered black fabric. The whole collection makes me want to listen to Pharmakon in a field of skeletal trees.
Amy Rose

I’m thrilled that Julianne put me on to Leikeli47’s balletic, tuff-as-fuck “Two Times a Charm” video this morning, and not only because that post includes this quote from an interview 47 did with i-D in June about her omnipresent ski mask (as seen in the video above):

[The] main thing is to reach the people through my music, and not my aesthetic. Don’t worry about if I’m light-skinned, dark skinned, cute, not cute, if I got a buck 50 on my face. Don’t worry about none of that. Worry about the passion and the heart I put into my music.

VERY INTO IT, just as I am the menacing female camaraderie and bitchin’ dance moves on display in the “Two Times” clip.
Caitlin D.

This editorial calling for a ban on all college fraternities is sure to cause some controversy. The author presents a pretty good case, most notably that people in frats are 300 percent more likely to rape someone, and 20 percent of all women will be sexually assaulted at their college or university. 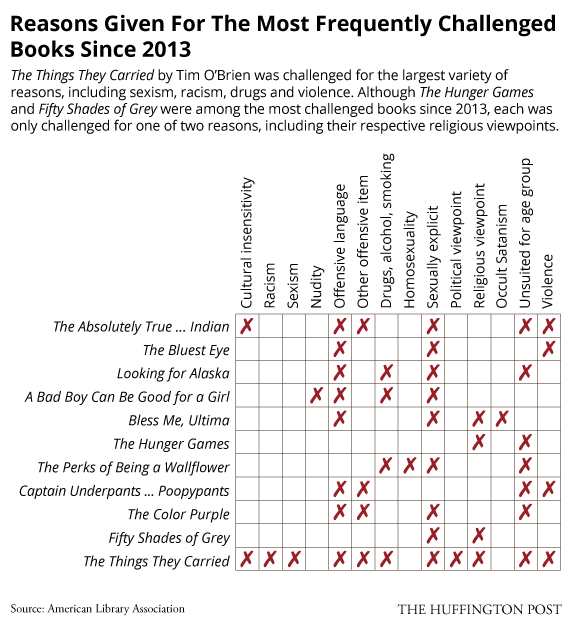 Last week was Banned Books Week, which brings attention to what, why, and where books are banned in schools and public libraries across the United States. This article breaks down book bannings by state (North Carolina, Oregon, and Texas are in the lead) and by book (Sherman Alexie’s The Absolutely True Diary of a Part-Time Indian, a book I love, features prominently). It also includes a handy chart on why the books were challenged (Alexie’s book was challenged for “cultural insensitivity”…). Next up, NPR published a great piece on how graphic novels and comics were particularly scrutinized this year. Finally, here’s a fabulous quiz that tells you which banned book you are. I got my favorite book of all time, The Grapes of Wrath! 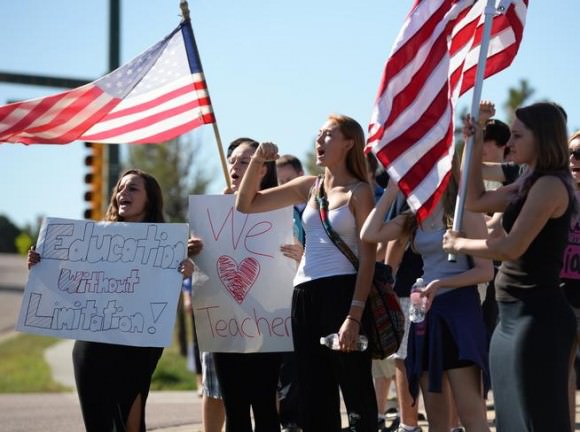 On Tuesday and Wednesday, Students in Jefferson County, Colorado walked out of their classrooms in protest of questionable school board decisions, particularly about the curriculum in AP U.S. History classes that will focus on the “positive aspects” of American History and omit material about social strife and civil disobedience. It is truly awesome that these students are using peaceful civil disobedience to protect their education. ♦