Plus Grimes’ lullabies, a new Hunger Games trailer, and other gems.

Sunday Comic: The Best Song Ever #23 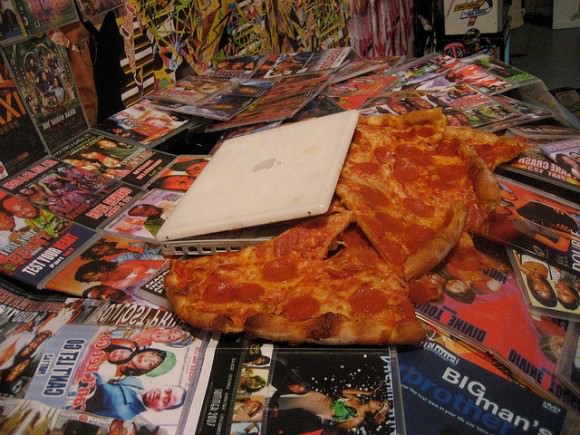 BEHOLD: Gabby and Hazel wrote a great piece about what they—and, now, the New York Times—are calling “snackwave,” aka the fetishization/commodification of girls’ (e.g., those two, us, me, you) relationships to junk food on the danged old web, especially Tumblr. It’s an even-handed, thoughtful, funny, rad exploration of thee PIZZA!!!–based internet, and I’m not just saying that because they’re my esteemed colleagues. I’m saying it because this shit is basically a Roland Barthes essay about donut leggings. CHOMP IT.
Lucy 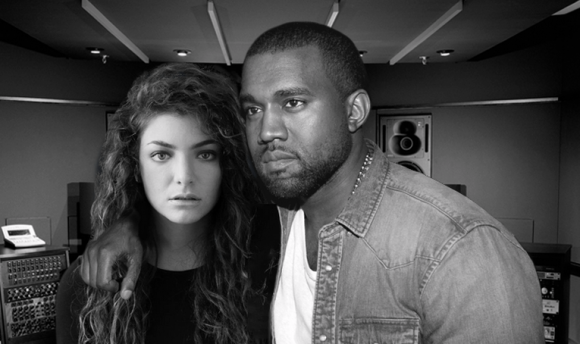 Collage via Consequence of Sound.

The recent rumors about a Kanye West/Lorde collaboration are so exciting, I can barely stand it—even if it doesn’t pan out. But…Lorde has recently been covering ’Ye’s “Flashing Lights” in concert, which just maybe could be a tip-off as to what’s coming next from them! I CAN HOPE, RIGHT?
Stephanie

The trailer for The Hunger Games: Mockingjay, Part 1 was released this week, and I’m fangirling my brain out!!! I loved the last movie, The Hunger Games: Catching Fire, even more than the first Hunger Games movie, so I’m hoping the series will just keep getting better. If you haven’t seen all the films or read the books yet, you have plenty of time before Mockingjay comes out on November 21.
Brodie

This “Bedtime Mix” Grimes made for the BBC does exactly what it advertises: Prepare to be primed for snoozin’. Press play and let Grimes put you to sleep with the help of Patsy Cline, Miharu Koshi, Portishead, and more..but only if you’re cool with spending the day in bed! 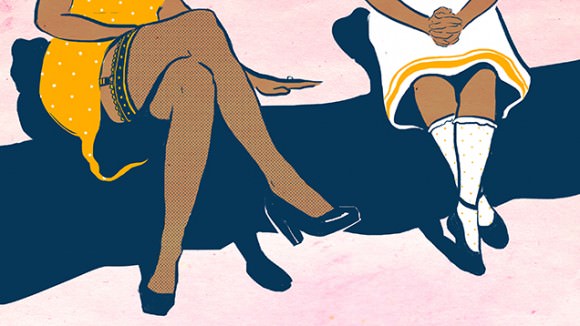 llustration by Tara Jacoby for Jezebel.

I was really fascinated by “What Former Sluts Tell Their Daughters About Sex.” The writer Tracey Moore compiled some of the best responses from a thread on Reddit asking about how mothers’ values changed (or shifted) as they went from sexually curious teens to mothers of sexually curious teens. Reading the responses was really comforting, knowing that some girls (and boys—one commenter said, “Why does the gender of the child matter? I want the same thing for my sons and my daughters. Healthy sexual relationships with people who treat them well and are treated well in return”) today are growing up being encouraged to have healthy attitudes to sex and sexuality and to understand that, ultimately, “There is no such thing as a slut”:

Like the Loch Ness of sexual types, the slut has been allegedly spotted for centuries but never caught and studied. Who is she? What is she really all about? How does she operate? She is a woman who has sex “a lot”—though we can’t seem to define “a lot”—and for the wrong reasons — though it’s unclear exactly what those are.

What matters is knowing your reasons, and your state of mind, and your level of engagement, and your own boundaries. That takes time to figure out, and as long as you are being safe, that process, including the mistakes, is all part of what it means to know yourself. 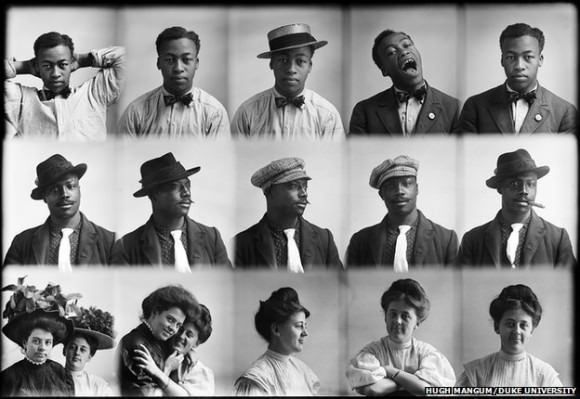 I really enjoyed reading this piece about Hugh Mangum, a photographer in the 1890s who took portraits of people black and white, rich and poor. It’s so refreshing to see people of color as subjects in old photos—especially the ones where they are not only formally posing, but clearly enjoy being in front of the camera.
Chanel

The Orange Is The New Black star Dascha Polanco told BuzzFeed the motivations behind her new gray-purple hairstyle. The conversation went beyond her hair (which is actually a fabulous wig). Polanco discussed her insecurities:

People don’t expect curvy women, plus-size women, or Latinas to be chic, be in fashion, or take risks. It’s only my opinion, but I feel like we’re expected to taper ourselves a little, or be more conservative. I wanted to change that […] I’m still in that process of learning how to accept and embrace my imperfections.

I admire Polanco for being candid about herself instead of trying to live up to the perfection often expected of celebrities.

The legendary impersonator and Saturday Night Live alum Darrell Hammond is returning to SNL as the show’s new announcer. Hammond replaces the late Don Pardo and will carry on the tradition of naming the cast, hosts, and musical guests. Although the new season won’t be the same without Pardo, I’m glad it’s Hammond who’s holding down the fort. 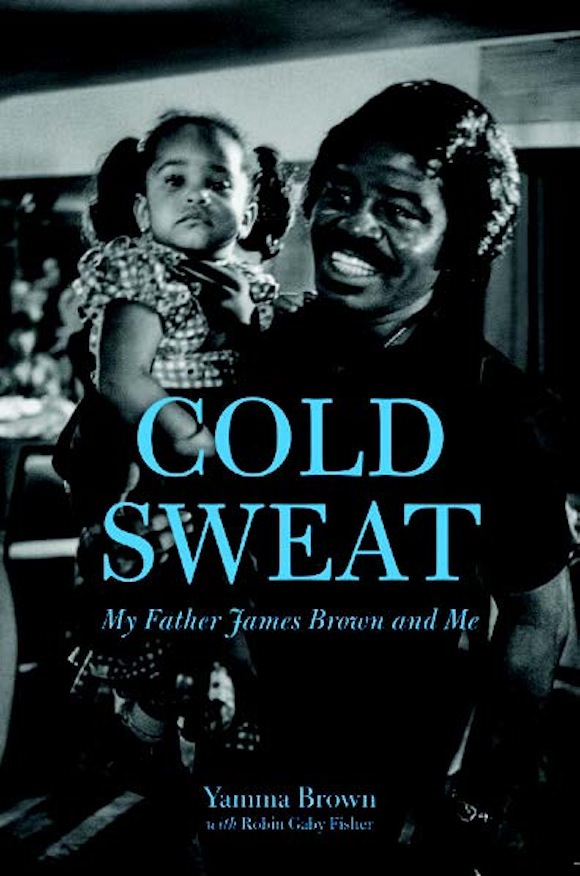 The late singer and performer James Brown’s daughter Yamma Brown wrote a memoir, Cold Sweat: My Father James Brown And Me, which was excerpted on Vulture this week. Her story tells a tale that way many women are familiar with: enduring significant others who repeat the abuse of these daughters’ parents.
Emma S.

The National Book Foundation announced their longlists for this year’s National Book Awards, American publishing’s biggest prizes, and there was a lot of talk about how only a single nonfiction nominee is female (the cartoonist Roz Chast). As a fiction writer, I was grinding my teeth a little bit, getting ready to be very salty once again when the fiction nominations were announced, but lo and behold, five of the 10 longlisted fiction writers are women: Molly Antopol, Emily St. John Mandel, Elizabeth McCracken, Marilynne Robinson, and Jane Smiley. Of their five nominated books, I’ve read two, and I can tell you, ZOWEE, them are real good. (Also of note: one of other fiction nominees, Wolf in White Van, is by John Darnielle, whose day job is being the frontperson of the Mountain Goats. So that’s cool, too.) 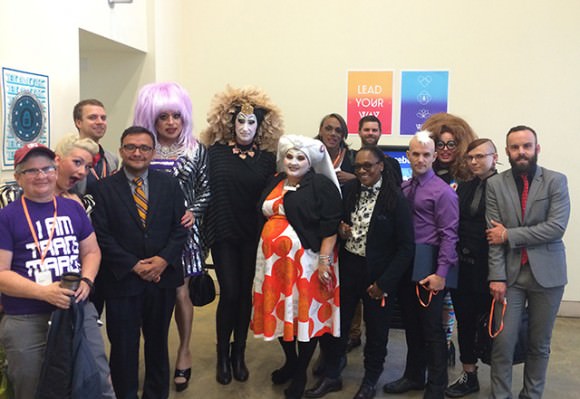 Photo of drag queens in the Menlo Park Facebook offices by Tom Temprano via SFist.

Facebook cracked down on the use of stage names on its users’ profiles this week, prompting a delegation of drag performers to go to the Menlo Park, California corporate offices to explain to CEOs why forcing LGBTQ people to use their birth names when they’ve chosen otherwise is problematic and potentially dangerous—to no immediate avail. The stage was set for the creation of an alternative social media site, one that especially prioritizes its glittery and glamorous members. Enter Dragbook, a online network where drag queens and their fans can connect with no “real” names necessary—save maybe the one your drag mama gave ya. ♦