Want to succeed in life? Play some video games. 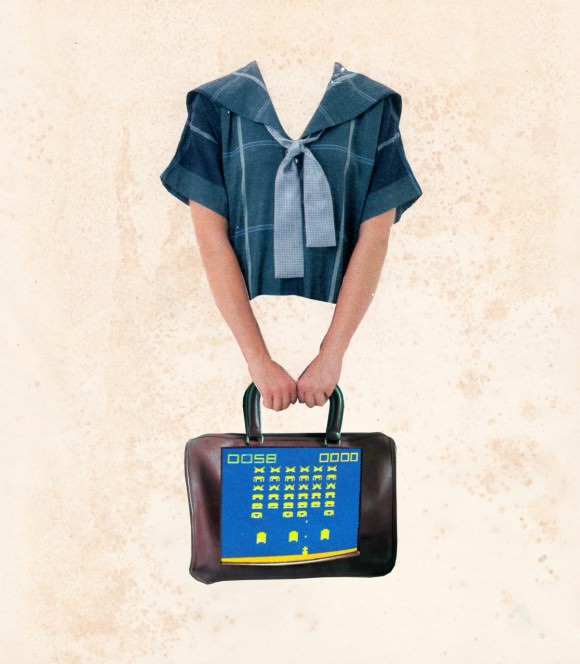 I’ve been playing video games since I was a five-year-old kid in the 1980s. After so many years together, they’ve taught me a lot; one lesson I’ve only recently come to understand is that playing a video game is, in lots of ways, exactly like building the career you’ve always dreamed of. For example:

In a lot of the best video games with an RPG (role-playing game) slant, like Rogue Legacy, you advance your character by gaining XP, or “experience points.” You often earn XP from fighting bad guys, but in some games, you can also do it by collecting money or learning trade skills, like how to blacksmith.

When you’re building your XP in a game, it may not seem like much is happening, but it all adds up, usually in a little visual meter, where you can track your progress as you grow to be the mage/barbarian/spellthief you’ve hoped to become.

You can’t become a badass mage overnight—it takes time and dedication. The same is true of pursuing a career as a librarian, or writer, or whatever it is you want to do! In life, you get XP by working your way up through the ranks of your chosen profession with the help of education (traditional or otherwise), apprenticeship, practice, etc. When I wanted to start producing a standup show, I spent a lot of time at comedy shows, gaining XP there by watching, then taking part in the shows myself. Eventually, I ran my own show in a bookstore (until the venue kicked us out). I took those lessons to my next show, and my next one, then my next one. I’ve been producing my current show for almost four years now, and we now have a TV series on Comedy Central, and I couldn’t have done any of it without the XP I got from producing that first comedy show in a bookstore—and I couldn’t have done THAT without observing and taking part in other people’s shows. We may not be able to see the progress in a handy meter constantly displayed in the sky, but it’s there, and it’s filling all the time.
Questing:

In a video game, a quest is a task that you agree to take on, to beat the game’s main story, or in the hopes of gaining a fun new weapon or uncovering a weird, hidden Easter egg. The Elder Scrolls V: Skyrim is an awesome open-world RPG set in a land filled with dragons; a quest there might be “Please deliver this letter to my long-lost brother, who was last seen in Windstad Manor.” When you complete these kinds of missions in video games, you get a maybe-unexpected reward.

One difference between video game quests and life quests is that games tell you what your quest will be, and you just have to decide if you want to go through with it. In your career, sometimes you have to create quests for yourself. This could be “Email someone who has your dream job to see if you can pick their brains” or “Get an internship in a field you want to work in.”

Quests that your boss or supervisor or professor gives you can be extremely useful, but the quests you assign to yourself can be even better. When I was planning to leave my job as a family therapist to become a writer and producer, I came home from my day job exhausted, but I forced myself to send out five pitch emails per day to various websites, asking to write for them. No one required me to do this, and it was tiring and scary-feeling, but that particular quest eventually paid off, and I started freelancing regularly.
Looting:

In video games like Diablo III, looting isn’t like the looting you see on the news—it’s the terminology for how you earn money. You do it by killing bad guys and relieving their bodies of money, or by smashing pots and boxes left around, hoping someone deposited $5 in them. (In video games, unlike IRL, there’s almost always money in pots and boxes?)

You may see a shield you really want to buy at the local merchant’s, but it’s crazy expensive, so you think, OK, let’s just focus on making money for now. So you spend a few nights abstaining from new quests and XP-earning moves to just run around and bust up all the pots you can see. It doesn’t take a lot of skill or imagination, but it’s oddly satisfying to smash pots sometimes, and the money you find in them can be used to strengthen your character later in the game.

In your non-avatar life, sometimes you want to focus on gaining experience, but there are also times when you need to make money so you can afford that leveling-up process! I’ve spent summers working at a dry cleaner, telemarketing, and as a barista at a hospital—these were the times in my life that I was, metaphorically speaking, just smashing pots. During each one, I saved up money so I wouldn’t have to work while I went to college, or so I could take a vacation with my best friends or buy bright silver Doc Martens.

If you’re stuck in a lame job, try reframing the idea of it. You can look for lessons to take with you in the future…but if your work ultimately feels too soul-sucking for you to come up with anything, just think of the time you spend doing it as a necessary money-making period so you can afford that car/computer/shield that you need to advance the rest of your life.
Taking time off:

Modern video games are full of so many tiny details. Lots of games are open world, meaning you can wander around the game without a set direction. In BioShock Infinite and other open world games, I sometimes roam around for hours, noticing little bits of garbage or fun decorative fountains, watching old-time-y penny arcade movies, eavesdropping on weird conversations among the townsfolk. During these exploratory periods, I am struck by the amount of detail the programmers have put in the game, and sucked further into its world.

Guess what, you guys? YOU NAILED IT: The same is true of work and leisure! Every life needs days full of productivity, learning, and gaining XP, and every life also needs days where you do absolutely nothing besides watch a Law & Order marathon or just stare out the window. Doing nothing can be just as important as doing somethign. Taking time out for these small-seeming moments of your days refreshes your brain and prepares you you for the big moments!
Grinding:

In Skyrim, you develop a character—earning cool powers and/or weird hair and costumes, and honing useful skills—over eight to ten hours of playtime. Character development usually involves doing repetitive tasks in order to level up your character and access new weapons/powers/areas of the map. Gamers often call this part of gameplay “grinding.”

I recently spent a few hours leveling up my smithing skill in Skyrim by making endless leather strips. I’ll explain: Some of the best weapons in Skyrim are weapons that you create yourself, and in order to create really good weapons, your smithing (aka blacksmithing) skill needs to be really strong, which means you need to smith a lot. The easiest things to smith in the game are leather strips made from the hides of animals you have hunted. Therefore, in order to make a really cool weapon, I had to make a ton of leather strips first. As I was doing this mindless task one day, a friend walked by and asked what I was up to. “Becoming a badass,” I said. “Doesn’t look like it to me,” she replied. But I was!

To me, the real-life version of grinding is buckling down to any tedious task that you have to get through to get to the good stuff. You may consider going to school your grind; for me, it’s doing laundry, cleaning the house, running random errands, responding to every email in my inbox, or registering for classes. I have what I consider to be my dream job, and I still have a ton of grinding to do on a daily basis. I get anywhere from 10 to 30 emails per day from comedians asking to be booked on the show I produce, and I have to watch the tapes they send in, see if we have any available dates, and email them all back. When the live show is over and done with, I have to walk around and help clean up the room. I have to tweet about the show on a regular basis and keep in touch with everyone who tweets at us. It’s a lot of grinding. And it’s what makes my dream job possible.
The goal of playing video games is to create a character bigger than yourself—someone awesome that can be used to take over armies, save galaxies, or defeat villains. That’s the goal of doing good work, too. Both involve days where you create and conquer like a boss, and days where you wait tables and scowl at your customers behind their backs. Video games taught me that every task is useful in its own way. If you consider each thing you have to do, no matter how tedious or time-consuming, one more opportunity to level up, you can make every part of your life just as much fun as playing Skyrim (well, nearly as much fun, but just as educational). ♦