A video premiere and interview with a dazzling singer-songwriter. 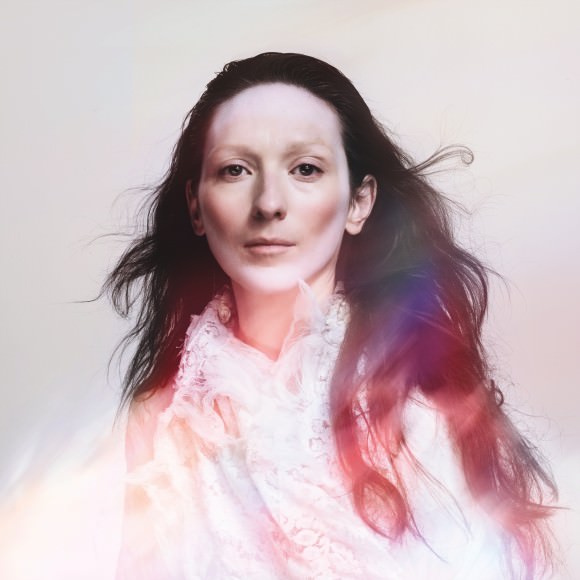 In 2006, Shara Worden formed the band My Brightest Diamond, who will release their fourth full-length LP, This Is My Hand, on September 16. While you wait for that to drop, check out the video for “Pressure,” which we’re premiering right here, right now.

I recently sat down with Shara to talk about transformations, the meaning of music, and the new record.

SAMMY MAINE: Tell me about This Is My Hand.

Shara Worden: The album is based on a book by Daniel Levitin called The World in Six Songs. I went on this search for What’s music meant to humanity for all of time? [Laughs] I was thinking about songs throughout history, and how the record industry has changed so much. We don’t value recordings in the same way that we used to, so what am I doing making this thing? Like, what’s the meaning of music and how can I be really inspired and hopeful and rediscover what music means to me? We don’t want to pay for recordings anymore, but ultimately, music is still of enormous value in our lives. Music is inextricable from human existence.

Did you feel like making this record transformed you in any way?

In so many more ways than I can possibly convey. I’m really not the same person at all. “Lover Killer” was the last song I finished. The entire rest of the record had been completed and mastered, and I just couldn’t get this song out. I felt like an old part of me had to die. I had to go to a new place myself, and that meant actually changing a whole lot of things in my life. It’s been a really crazy year! I feel like I’m so much freer, and so much happier, and ultimately on the path that I need to be on because of it.

This is your fourth My Brightest Diamond record. What have you learned along the way?

I let somebody else produce this record. This is the first time that I wasn’t underneath the car changing the oil and rebuilding the engine myself. This time was way more collaborative. The more records I make, in a way, I can be less controlling. It’s about knowing what you’re good at and being honest about what you’re not. Giving yourself that limitation can be really interesting. I let people do what they do well instead of trying to do everything. Allowing other people’s creativity to come into the project is new for me. I’m vision-casting and writing all of the arrangements and songs, but this time, even the songwriting was somewhat more collaborative than it’s been in the past. It showed me what I can let go of—and what I don’t want to let go of. It’s a less controlled piece than all my other albums, but I’m no less happy with the result.

Have you applied any of this to your day-to-day life?

That’s an interesting question. Maybe? I’m definitely hiring more people to help me try to manage this crazy thing! I got a new manager—that’s a huge deal, because my husband has managed me for my whole career. My new manager has an entire team, y’know? This big staff of people. I’m getting more help in delegating things, too. So maybe I have.

I had lived in nine different states by the time I was 18. I was constantly being influenced by and exposed to so many different things. That really affected who I became as a person. As a teenager, I grew up listening to American soul music, and I sang classical choral music in school. I think some of [our] music is like James Bond music, and some of it is definitely influenced by John Barry [the composer of “James Bond Theme“].

Where did you settle when you were 18?

I went to college in Texas. I was studying classical music, singing in a funk band, and writing my own songs, but I was also going to all these punk shows, where I met my drummer, Earl Harvin, when I was 20. Earl, who’s on this record, completely reshaped my thinking. He’s this incredible jazz player, but he also started this Sonic Youth–type art-punk band. He’s just my primary muse. He’s this infinite creature that can do everything.

This album has all the same people on it that I’ve been working with for years. What’s so fascinating to me about all of them is that I can keep working with the same people and never come up with the same record. Which is crazy! Even though the sounds of the albums are different, I just think of it like, On this album, we’re using watercolors, and on this album, we’re using magic markers and oil paint.

Did you find the answer to what the value of music is?

The answer came in not needing to answer the question anymore. In American culture, we have so much that communicates to us that art is superfluous. If something doesn’t have an immediate financial gain, then we say, “Well, that’s not valuable to us, and we’re not going to prioritize it.” In asking this question, I fell in love with making records again, and I fell in love with what music has meant to me. You can’t separate human beings from music. It’s always been with us. We’ve always made it. It reflects our intention. It’s completely a mirror of the human soul. It has infinite value. Whether people are paying for records or not, I still know very deeply that it has meaning, and is worth devoting my life to. ♦

Sammy Maine is a writer living in Bristol, UK where she writes for the Guardian, Drowned in Sound, and Creative Bloq. You can also find her on Twitter.