Advice about picking colleges, being “interesting,” and making conversation.

How to Talk Your Way Into a Better Grade 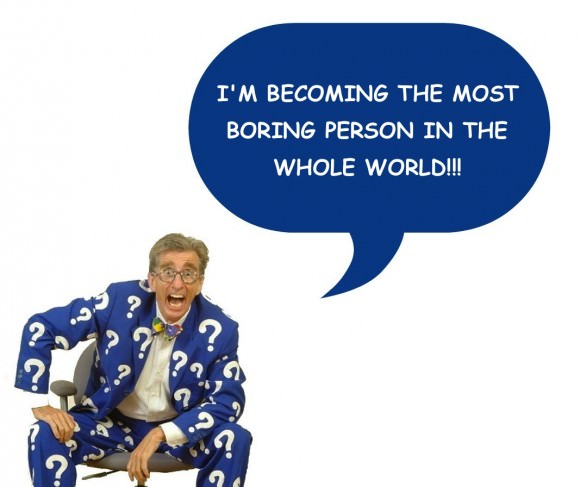 I am really shy, and I hate it. I have a hard time talking to people I don’t already know, which is especially hard right now, since I just started my freshman year at college. I don’t want to go through life feeling like I’m holding myself back! How can I get over this? Is this who I really am? —Anonymous

Guess what? I, TOO, AM SHY. Every time I talk to someone I don’t know, I imagine myself as a little turtle, just wanting to pull my head back into my shell, no more talking, thank you v. v. much. But the thing is—and I am guessing that you also feel this way sometimes—sometimes it is GREAT to talk to people. When you find a person you feel comfortable talking to, it is fun and glorious and you could do it, if not forever, then certainly for like 10 minutes at a time. (Let’s not get too wild here.) So while it’s fine for shynesses like us to sometimes take it easy and not talk to anyone, there are other times it’s well worth taking the risk.

If you don’t know the person, they don’t know you either! My way of getting to know someone is to ask them questions like I’m an interviewer. Maybe not like a real dirt-digging reporter who “asks the tough questions” like “WHAT DO YOU REALLY THINK ABOUT NET NEUTRALITY?”—you could save queries like that for the next time you hang out. For your first conversation, think about what you’d feel comfortable talking to a stranger about. Maybe things like: what you did today, what your favorite movies or books or TV shows are and why, whether you saw that cute video with the otters holding hands. These are the kinds of things I like to start with if I’m talking to someone I’ve never met before. A classic Rookie move is to ask the person what the best part and worst part of their day was.

If you’re enjoying yourself so far, the next step is to keep the conversation moving. Two great follow-up moves: Ask another question (“Are you into Nicki Minaj?”), or talk about yourself! If you chose the latter, you can just answer the question you asked them in step one: Tell them about your day, your favorite music, whatever. There are no rules, obviously—these are just a couple of suggestions to get you started.

I think of talking to a new person as being somewhat like being a little sea creature putting out more and more squiggly tendrils just to see what’s happening. If the conversation goes well, sooner or later the two of you will just be like two beautiful jellyfish, waving all your jelly thingies in the ocean currents. (Too many sea-thing metaphors? APOLS.)

If you find the other person isn’t responding to your questions and remarks with interest, that might make you feel sad. It’s OK to feel sad, but try not to be discouraged! I went to a party like this the other day, where all my conversational antennae weren’t finding anything to stick to. So I just pulled them back in and floated off to Cheez-It Island, aka the snack table. That’s OK—yes, it sucks to feel rejected, but it’s not your fault! Other people might be very shy too, or preoccupied. Or they might just be jerks. As our wise music editor Jessica says sometimes, rejection is the universe’s protection. If jerks don’t talk to you, that is the universe keeping you from being friends with a mean person, you know?

I really like the book Shy by the journalist Sian Prior. Sian is a very established journalist, and most people would imagine she’s not shy—she’s been on the radio, and she even performs music. But she talks about her own struggles with being introverted and researches the psychology behind it. Reading about this high-profile woman’s reflections on her timidity helped me a lot!

Finally, you said: “I don’t want to go through life feeling like I’m holding myself back! […] Is this who I really am?” I feel you on this. My advice is to arm yourself with tools like the techniques above, and reward yourself for any risks you take, because you’re not going to become not-shy overnight. In fact, you may never stop being shy! I am still shy, and I’m way past my college years. The way to get better at talking to people is through practice. Let me leave you with some classic wisdom from Jane Austen, who was a genius at observing social interaction. This is a scene from Pride and Prejudice between future lovahs Mr. Darcy and Elizabeth Bennet. Darcy is arrogant and doesn’t talk to strangers. He says, “I certainly have not the talent which some people possess of conversing easily with those I have never seen before. I cannot catch their tone of conversation, or appear interested in their concerns, as I often see done.” In reply, Elizabeth tells him (a bit archly, admittedly) that he can’t expect to perfect his conversational skills if he never practices:

My fingers do not move over [the piano] in the masterly manner which I see so many women’s do. They have not the same force or rapidity, and do not produce the same expression. But then I have always supposed it to be my own fault—because I will not take the trouble of practicing. It is not that I do not believe my fingers as capable as any other woman’s of superior execution.

Good luck, my sister in shyness! —Estelle
I live in an affluent, homogeneous community and I go to a super competitive public high school. I am stuck in this cycle of work, study, extracurriculars, sleep (sorta), rinse, repeat. All of this is aimed at college applications. I genuinely care about academics and am a straight-A student, but then I went to a summer camp where I met people from all different backgrounds. Everyone at the camp seemed cool and had all these interesting life stories to tell. It made me feel like I’m becoming the most boring person ever. Can anyone relate? How do I deal with this? —Anonymous

*Raises hand* I relate, Anono! I rolled around this same question in my mindbin CONSTANTLY when I was a student. I never really addressed it, though, so I’m happy you asked—let’s work this out together!

School has a particular way of feeling completely consuming, particularly if you are the type that loves learning (hi!) and wants to be the very best, the best that ever was. I too grew up in a relatively affluent and homogenous community whose schools dangled college in front of us like a carrot on a stick. I went to a top-ranked prep school that was nothing short of RUTHLESS, UNRELENTING academic training. Do I appreciate that education (and my parents for sticking me there)? Yes. Am I a harder worker because of that experience? So much yes. Was the intense drive toward a big goal—for us, college—worth it? More than I could have imagined: My efforts paid off not only in admissions to schools, but also in scholarships that made attending those schools possible. HOWEVER: Was college my whole deal for four years? No way, dude. Not that it was easy.

It would have been easy to stay 100 percent committed to getting good grades in college, but I wanted to learn not just more things, but new kinds of things as well, so I made it a point to seek out non-academic forms of learning while I was there. Have you ever heard the adage “Work smarter, not harder?” That phrase helped me a lot during times when I felt myself starting to turn down to many art openings and music shows and outside adventures with my friends to stay home and bust my ass on a school project. Working hard is important, obviously, but giving 100 percent of your schedule and brainpower to your homework is not healthy. Look at your obligations and prioritize your needs—not just what’s most important for academic progress, but for becoming-yourself progress, too. What deserves your total and complete attention because it’s a vital and engaging project, and what deserves a little less because it just needs to get done quickly and well? Block off a good percentage of your time and energy for the other things in life that make you YOU. They are JUST as important as academics. There are a lot of straight-A students out there; there is only one of YOU, buddy. Be honest about your goals—and forgive yourself when they don’t always work out like you hoped.