Objects of her affection.

How to Win Jobs and Influence People 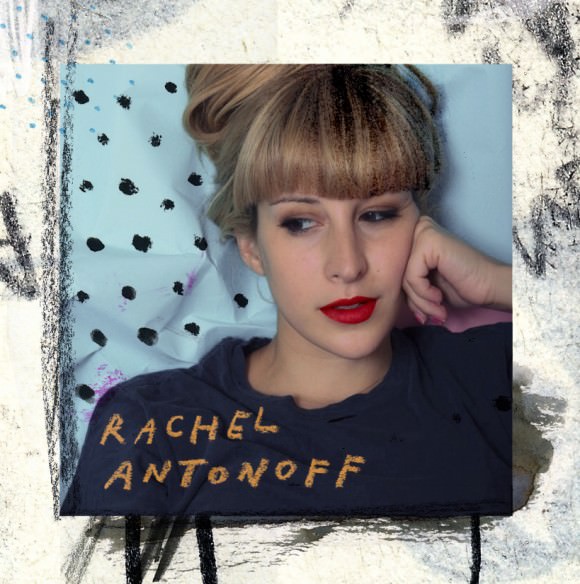 If you haven’t already been completely won over by designer Rachel Antonoff and her smart, snazzy clothes or her recent stint as the red-carpet host of MTV’s Video Music Awards, good luck watching the off-the-charts cute/funny videos she’s been releasing for each of her new clothing collections without developing a huge crush on her. (The video for her spring 2015 collection debuts in October during Video Fashion Week, so stay tuned.) We recently talked on the phone with Rachel about five of her favorite things and just barely refrained from telling her she’s one of ours.

1. Saves the Day. I was obsessed with this band when I was growing up, and I still listen to them all the time. I don’t know what genre of music they even make. I understand that it’s sort of pop punk, but I feel like they did something, and do something, that really no other band has done—that I know of. I just find it to be the most thrilling music. If I’m running or driving, it’s like—I can never listen and not sing along at the top of my lungs. It’s so anthemic, and no one else has a voice that quite sounds like Chris Conley’s, in the way that he manipulates it. It’s really loud and sort of desperate in this wonderful way, and kind of nasal-y. It’s like Annie, and by Annie I do mean Little Orphan Annie.

2. My parents. I’m really into them. They’re the silliest, best people. They’re into making prank calls, and they’re so weird. I live near them, so I see them all the time. They’re just really nice, fun people who love me and whom I love spending time with. And it’s so nice that they let me, like, fully exploit them all the time for my own work. My dad is my business partner, so we work together every day. My mom helps out at trade shows and with the videos. But even unofficially, they’re a part of everything.

3. BarkBuddy. It’s an app that has kind of ruined my life and made my life all at once. It’s basically Tinder, but for adoptable dogs, and it’s the greatest thing. I love it. I’m not on Tinder, but I think it’s the same—you swipe left or swipe right—and every single dog on there needs a home. I’ve actually tried to adopt a few of them, and I think that because it’s so popular, they’ve all been adopted before I could submit an application, which is so nice. Though maybe some of them just didn’t write me back.

4. Mary Karr. She’s been my favorite writer since, I don’t know, high school? I recently reread Cherry and The Liars’ Club, and they’re just as wonderful as they were back then. When I was young, I wanted to be a writer, and those were the books that made me want to do that. Everything about Mary Karr—her name, her writing—feels really magical to me. I know she’s also a poet, but she manages to write nonfiction about the most gruesome, upsetting things that have happened to her in the most beautiful, poetic prose.

5. Art by Alia Shawkat. She’s an actress, but she’s also a truly incredible artist. She’s been in shows in Los Angeles, Mexico City, and Paris and her work is just so special and cool and beautiful. I have one of her paintings in my home, and I stop to look at it every time I pass by. ♦