Saturday Links: Getting Through It Together Edition

It was a rough week, but we’re trying to find the bright moments.

Sunday Comic: The Best Song Ever #22 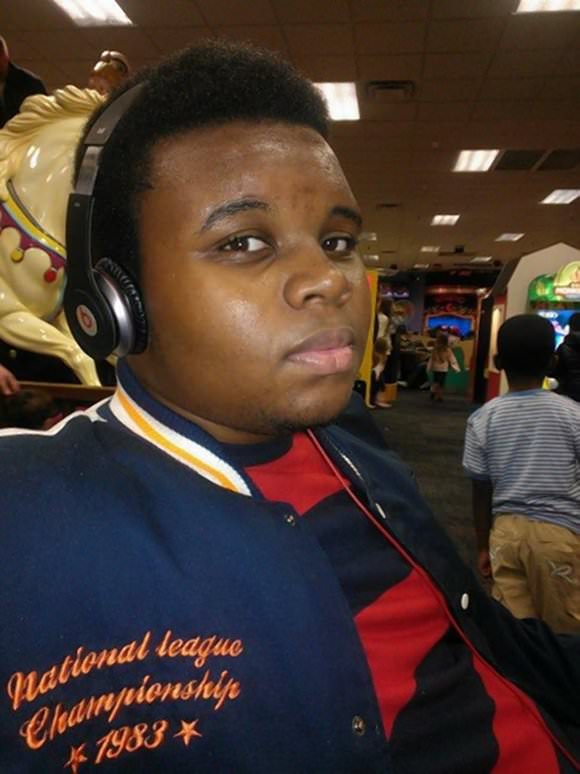 Photo of Michael Brown via CNN.

For many in the United States, this has been a difficult week of horror, grieving, sickness, and sorrow. It began on Saturday, August 9 in Ferguson, Missouri, when Michael Brown, an unarmed black 18-year-old, was killed by a police officer, who shot him seven times. His last words, according to a friend and witness, were, “I don’t have a gun, stop shooting!” His hands were up as Darren Wilson, the officer who shot him, ignored those words.

Many grave reflections were written about Michael’s death, including Dani McClain’s piece about how the killing of black boys is a feminist reproductive justice issue. The most moving and devastating piece I read about Brown’s killing was Stacia L. Brown’s open letter to her daughter, “When Parenting Feels Like a Fool’s Errand:”

The boys who live are so scarred. I have looked inside more than a few; they are hiding bullets in each quadrant of heart and brain. There are shells lodged in their arteries. Memory, not metal, ticks within them. When they laugh you can hear it rattling like real tin. One false move and their minds or their wills or their ability to feel at all will be gone.

And they will tell you: When I was five, a man nodded at me as he strolled past my house and by the time he reached the end of the block all I saw was his blood. And they will tell you: My brother, my cousin, my best friend, my little sister, my first crush was killed, and the cluster of stuffed bears and balloons we left at the scene was gone within the week. They will tell you: I am not sure how long I will live.

The citizens of Ferguson, Missouri, took to the streets in protest for three days, as is their First Amendment–protected right, but for the first two days, they were treated as criminals rather than a grieving community. (The night of Brown’s shooting, there were isolated incidents of arson and looting, but the majority of the protesters were peaceful.) Police used undue force on the protestors, unleashing cannons, tear-gas canisters, and rubber bullets on nonviolent gatherers. At one point, they showed up with German Shepherds, echoing the Civil Rights struggle in the ’60s and leading some of us to wonder if we’d ever made any headway to begin with.

My friend Rembert Browne reported from Ferguson on Wednesday, and his narrative of his experience there left me speechless:

Text after text was coming in from friends, telling me to be safe. I internalized it, without quite knowing what that meant in the moment. At this point, the only way to truly be safe was to leave Ferguson. And I couldn’t leave yet. Not when mothers had their babies out here, screaming, “Hands up, don’t shoot!” Not yet.

I wish I could say that what happened this week was unfathomable, but after a lifetime of seeing innocent black men being killed by police, including Amadou Diallo in 1999 and Eric Garner just last month, it wasn’t. Statistically, black and Latino men (and women) are targeted in police shootings in cities all over America. Since 2007, there have been an average of 96 cases per year that involved a white police officer killing a black person. This Gawker piece elucidates why our country should be treating police brutality like the national crisis it is. Beyond that, I have no words, just emotions: A toxic cocktail of fury and despair.

J. Cole released a song this week in response to these events, and “Be Free” is a visceral reflection of the pain so many of us are feeling: “All we wanna do is be free.” 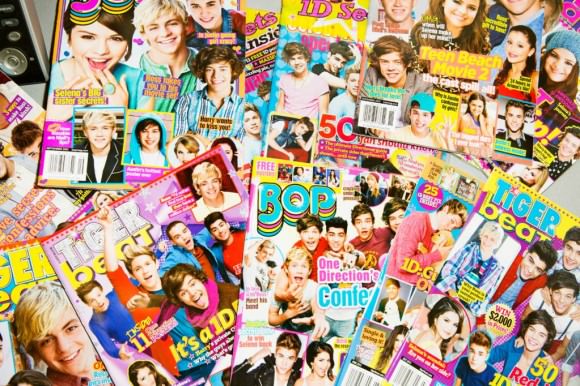 i-D interviewed Leesa Coble, the Editor-in-Chief of the beloved fan/pin-up magazines Tiger Beat and Bop. She makes a great case for her publications as feminist and girl-positive and discusses the shift from total boy-worship in their pages: “Starting as far back as Hilary Duff, females are becoming much more popular, which I think is awesome. Everyone from Ariana Grande to Demi Lovato, and now, Shailene Woodley […] I like that [readers] have girls to look up to.”
Chanel 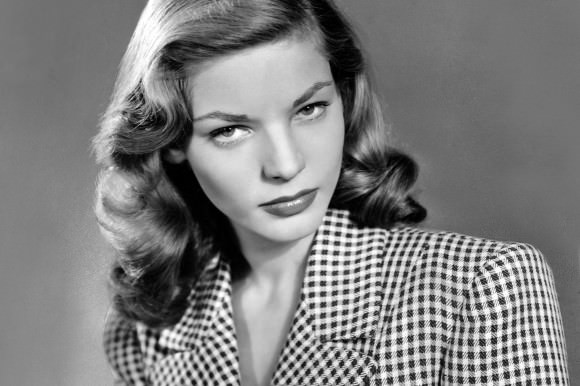 Publicity still of Lauren Bacall at 19 courtesy of Warner Bros. via the New York Times.

The actress Lauren Bacall died at the age of 89 on Tuesday. She was just 19 years old when she became a sensation in the 1940s. She was particularly famous for her throaty voice and a signature expression that even she referred to as “The Look,” a cross between a bitchface and an “I’m the Sexiest Thing You’ve Ever Seen” face.

I’ve always loved Bacall, and in reading about her since her death, I’m struck by how young she was when she was in the spotlight. She chose to prioritize her marriage to Humphrey Bogart over her embattled relationships with movie studios, and while her career suffered for it, she once said in an interview that her life did not. I think it’s really interesting to look at a woman who was so successful—an Oscar winner, a Tony winner, a true goddamn movie star—and realize that people were judgemental about her personal and professional choices from when she was a teenager until she was a grandmother of six. This weekend, rent a Bogey and Bacall movie, put your hair in some rollers, and pretend it’s 1949 and you’re about to set the world on fire.
Meagan 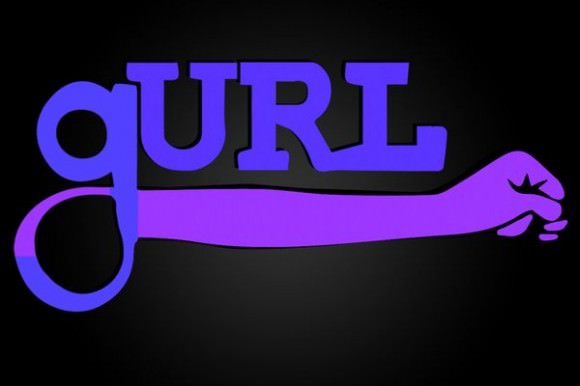 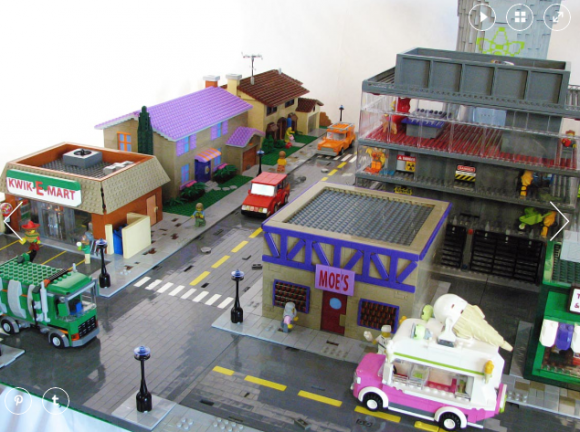 This Lego version of Springfield from The Simpsons soothed my soul this week. The Kwik-E-Mart! Moe’s Tavern! The nuclear power plant, complete with a little Montgomery Burns at his desk! I can’t imagine the dedication it took to build this thing with such precise attention to detail.

The Blue Devils Drum Corps placed first at the Drum Corps International World Championships, earning a score of 99.65, the highest ranking ever. It’s even more astounding when you consider that the corps is made up of over 100 musicians and color guard members all performing in perfect synchrony. Their show is beautifully choreographed, and the musical arrangement is played masterfully by the horns and drums. The drumline is so clean that it sounds like one single person playing a kit! Congratulations to the Blue Devils on an incredible season, and to all of the corps who competed this year!
Stephanie 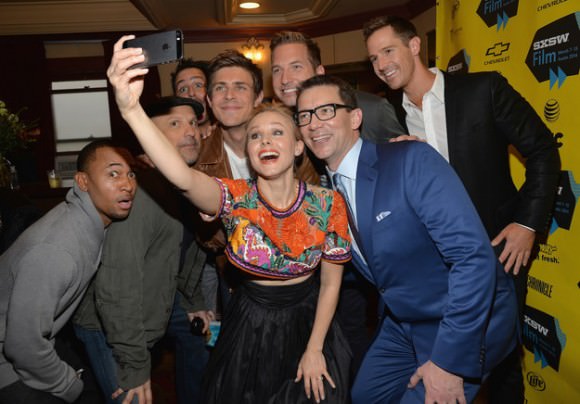 Photo of the Veronica Mars cast by Getty Images via BuzzFeed.

Alert, my fellow Marshmallows! New details have just emerged about a Veronica Mars spin-off web series, Play It Again, Dick, which will star my favorite obnoxious rich-boy character, Dick Casablancas, and the actor who plays him, Ryan Hansen. In it, just about every actor on the original show is going to make an appearance either as their character, as a fictionalized version of themselves, or both. We’re talking Kristen Bell as Veronica and herself, Jason Dohring as Logan and himself, Percy Daggs III as Wallace and himself—the list goes on and on. They’ll portray a cast begrudgingly taking part in a fictional Veronica Mars spin-off. It’s so meta that my head is spinning, but I’ll definitely be checking it out on CW Seed come September 15!
Arabelle

Wesley Morris nails it in this review of the recent movie Let’s Be Cops: “All movies choose their moment. It’s called a release date. Some moments, however, choose their movies. And it looks as if the moment has chosen Let’s Be Cops. But let’s be clear: No one should choose this movie.” Making light of the police situation in our nation for big bucks in a time where a black person is killed every 28 hours (as of 2012 statistics) is disgusting. This piece of criticism drags this movie as the grossness that it is.
Caitlin D. 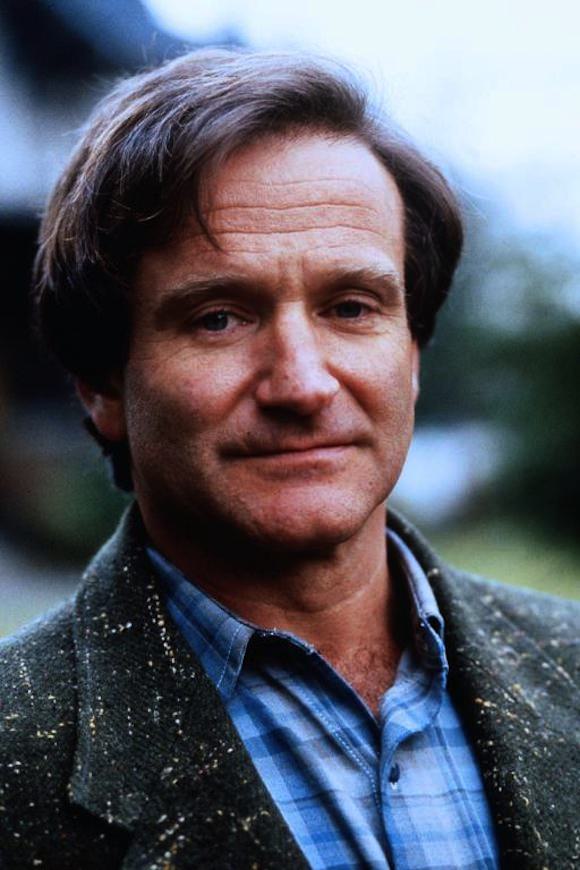 Still of Robin Williams in Jumanji courtesy of TriStar Pictures, Inc. via IMDb.

When news that Robin Williams committed suicide on Monday, I was silentbecause I typically make it a rule not to let celebrity deaths affect me too much, but this feels different. Robin was not only a fellow San Franciscan, but also a sweet and smart weirdo who excelled at making people laugh. His death inspired a tidal wave of responses: fan art, odes to his most beloved characters, as when he voiced The Genie in Aladdin, and a lot of much-needed discussion regarding creativity and mental health. Wherever he is now, I hope Robin’s feeling some of the joy his work brought to so many.

Whenever I start to get too sad about Robin Williams’ passing, I cue up the above video of the comedian with another offbeat San Franciscan: the gorilla who communicates through American Sign Language. Her sweet 2001 hang session with Robin is the stuff of legend. ♦