Sunday Comic: Where Is the Magic?

Flavorwire posted this fascinating piece about female occultists (which, incidentally, totally gels with this month’s Rookie theme). On a superficial level, all these occultists had KILLER style. On a deeper level, every single woman on this list needs a biopic made about her STAT. Can you imagine an HBO series based on the Fox sisters? 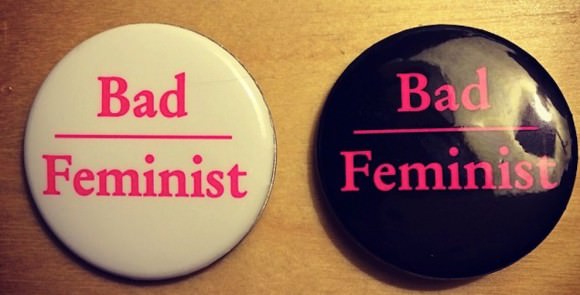 I know there are still four and a half months left, but I’m calling it now: 2014 is the year of Roxane Gay. I just devoured her book, Bad Feminist, a collection of essays that came out earlier this week. BuzzFeed posted an excerpt from Bad Feminist, should you need more convincing that you should buy this amazing book!

Mallory Ortberg’s pice “A Day in the Life of a Femme Fatale” is satirical, but I’m choosing to believe that this part is 100 percent nonfiction:

“Just a minute,” she said. Had she shaved her legs? You couldn’t ask a man to commit a murder for you with stubble on your legs. Men only killed for smooth women; they’d drilled that into her on day one at Dame Academy. One thing was for sure: This wasn’t going to be repeat of Shanghai, when that quick-talking gunsel had slipped through her fingers just because no one had been willing to tell her she had lipstick on her teeth when she tried to flash a heavy-lidded, catlike smile at the mark.

Samantha and I just got assaulted by the security. We are about to press charges

I was saddened to hear that Blood Orange’s Devonté Hynes and Samantha Urbani were allegedly assaulted at Lollapalooza by security. They had performed at the music festival earlier that day and were reportedly tackled by guards for reasons that are still unclear. In the article linked above, Rookie contributor Britt Julious highlights the uncomfortable racial implications of the assault and points out the “frustrating irony” that Hynes and Urbani were wearing homemade T-shirts emblazoned with the names of recent victims of aggressive police force. We’re sending recovery vibes to Dev and Sam. 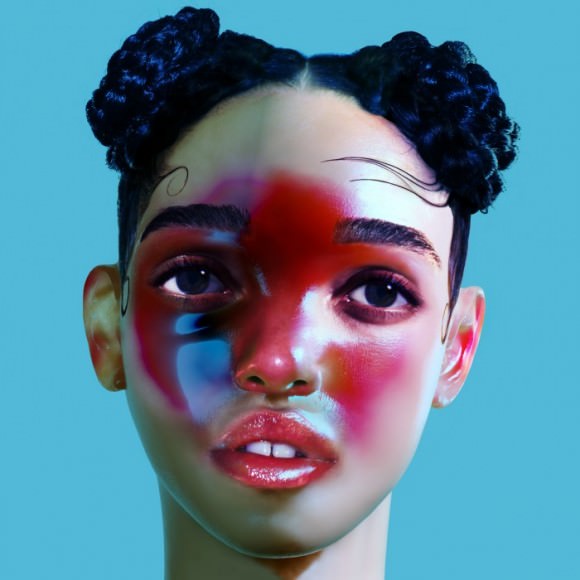 Weyes Blood premiered “Hang On,” a song from her upcoming album The Innocents. It perfectly captures the mood of a foggy afternoon on an English countryside. If this track is any indication, her album will be one of my favorites of the year.

Refinery29 published this fascinating piece about how psychedelic drugs are being tested as potential treatments for conditions like tobacco addiction and post-traumatic stress disorder.
Stephanie 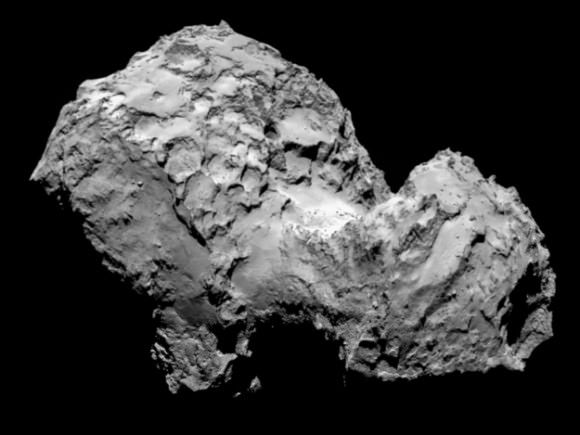 Photo of Comet 67P by the European Space Agency, via Time magazine.

The European Space Agency’s Rosetta spacecraft went into orbit around comet 67P/Churyumov–Gerasimenko on Wednesday. The robotic space probe has been pursuing the comet for 10 years across four billion miles, and this marks the first time in history that a spacecraft has traveled alongside a speeding body to map its surface. The Rosetta will take samples from comet 67P that and study the elements and molecules in its dust. Here’s a full explanation of the spacecraft’s journey so far, and NASA has a great interactive timeline.

Madeleine L’Engle’s classic YA book A Wrinkle in Time will be Frozen writer and co-director Jennifer Lee’s next project for Disney. The novel’s protagonist, Meg Murry, was a childhood heroine of mine, so I’m excited to see her adventures across space and time on the big screen!
Chanel 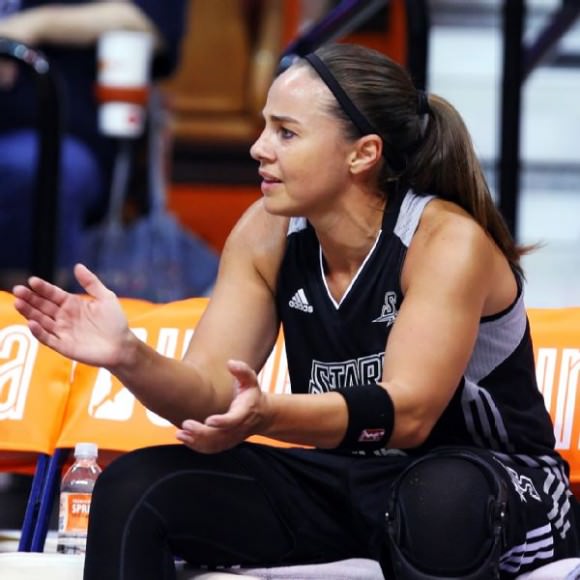 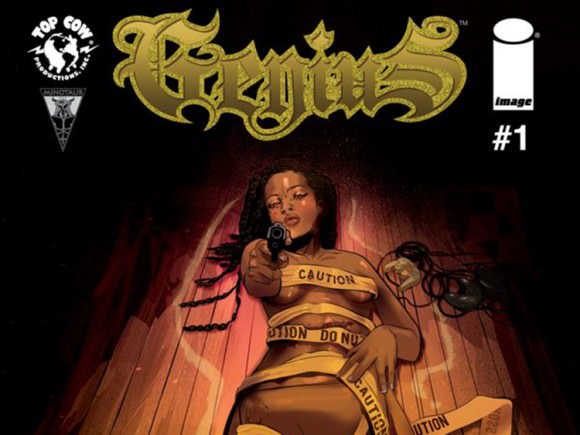 The cover of Genius #1. Illustration by Afua Richardson, via Wired.

Marc Bernardin, the co-writer of a new comic series called Genius, wrote about the motivation behind its main character, a black girl living in South Central Los Angeles. Bernardin explains, “Pop culture wasn’t made for me. You […] didn’t encounter too many black faces in the pages of comics.” Read Genius #1 for free right here!
Monika

A comedian named Gregg Gethard is breaking new literary ground by writing a work of fiction entirely in Yelp reviews under the profile “Karl G.” This is a really cool idea, and I’d love to read more projects like this.
Estelle

Do you cook on a stove like a regular person? Ha! With the help of a sculptor and a geologist, a chef named Sam Bompas made an artificial volcano and GRILLED A STEAK over it. So cool…or, I guess, the opposite of cool! 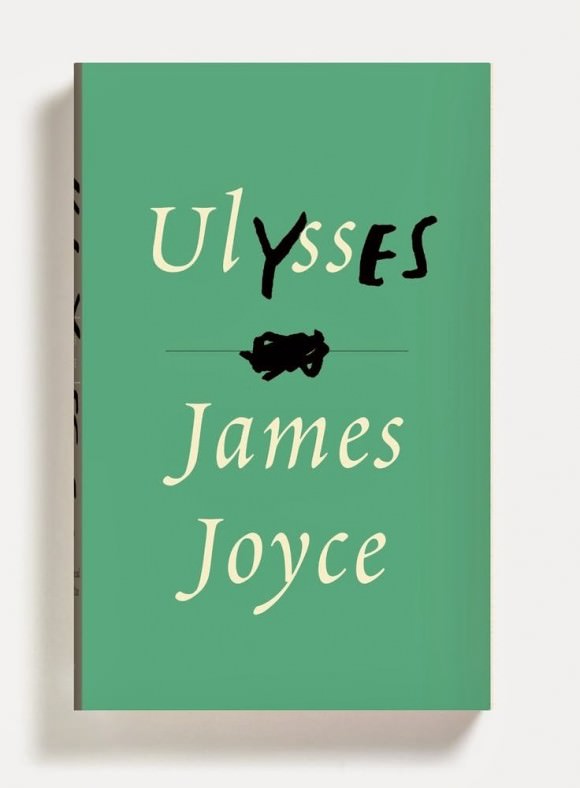 I loved reading this interview with the book-design legend Peter Mendelsund. In it, he talks about the process of designing a book, and you can see a few different examples of his clever and beautiful work. I particularly love the cover he designed for Ulysses by James Joyce—it’s so cool and unexpected!

Mendelsund also published two books this week, What We See When We Read, which is about how readers picture what an author describes, and Cover, which collects many of his gorgeous book covers.

The speculative fiction author Daniel José Older made a video explaining why he doesn’t italicize Spanish words in his books, and it’s very enlightening. I used to work as a copyeditor, and a big part of that job is applying accepted rules of style, like ensuring the usage of correct punctuation, to the text you’re working on. One of the rules I followed was rendering foreign words, like “bonjour” or “kombini,” in italics, and I never really thought about why that was until now. Older makes a great case for why other languages shouldn’t look different from English on the page.

The Guardian has reported that Dr. Peter Young, the country’s chief immigration psychiatrist, has accused the Australian government of psychologically abusing of asylum seekers from warring or otherwise dangerous countries. Even if someone seeking refuge is suicidal, they’re kept in psychologically harmful detention centers. The government is reluctant to collect mental health statistics about asylum seekers, which means there’s no way to measure or identify the issues affecting them. I’m Australian, and while I’m proud of many things about my country, I’m ashamed that my government is failing—and, as Dr. Young says, torturing—people in need.
Emma D. 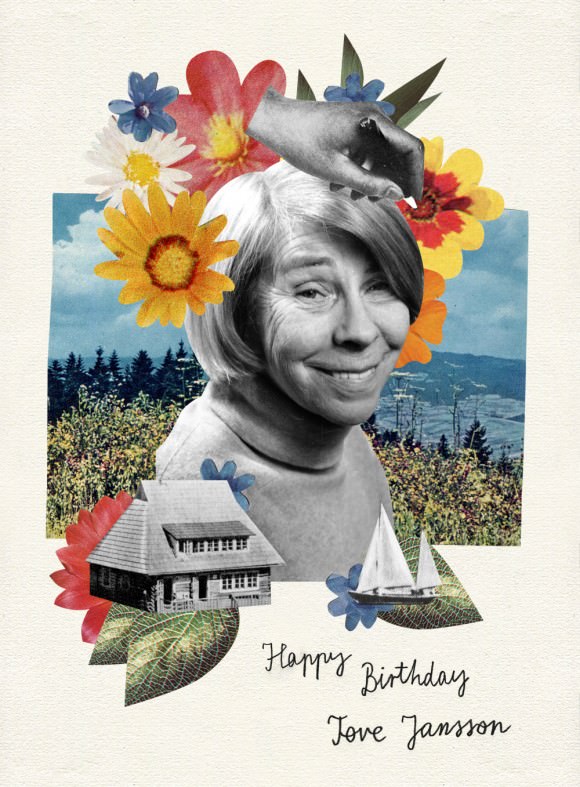 Today is the 100th anniversary of the Finnish artist and writer Tove Jansson’s birth. You may know her as the creator of the Moomin series of children’s books, but Jansson was primarily a painter and wrote numerous short stories and novels for adults before she died in 2001.

She was also a fearless and independent woman: Though homosexuality was illegal in Finland until 1971, she shared her life with the female artist Tuulikki Pietilä, whom she immortalized in her children’s books as Too-Ticky, my favorite Moomin character. The two once took an eight-month-long voyage around the world and documented it on a Super 8 camera. Pretty rad, huh? You can see some of their footage, and learn more about Jansson, in this BBC documentary about her life:

Jansson was my first and most important role model. Her illustrations inspired me to embark on my own creative career, and I come back to the Moomin series on a regular basis. If you’re a sucker for well-developed characters, a slightly ironic sense of humor, and timeless, heartfelt stories, Tove Jansson’s got you covered. Happy 100th, Tove. ♦