New work from the author, plus mysterious travelers, rad female professionals, and more. 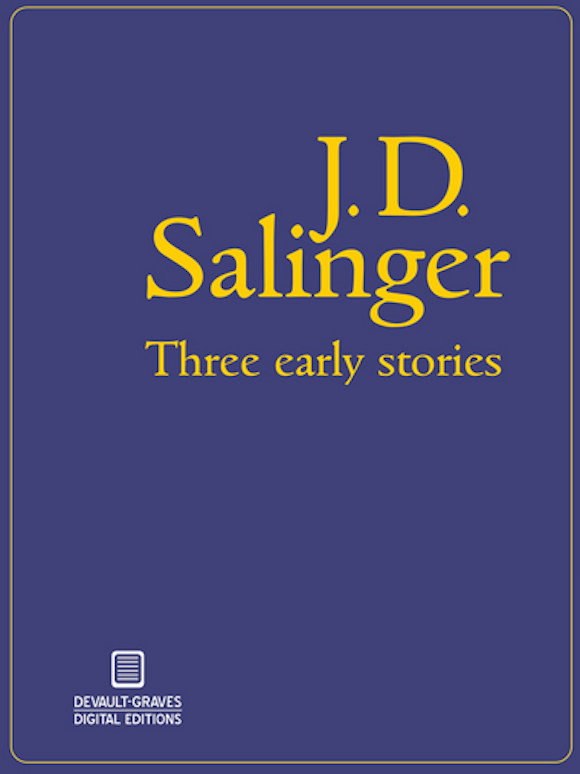 Some previously uncollected short fiction by J.D. Salinger has been compiled in an e-book called Three Early Stories…which is probably one of the least Salinger-esque things I’ve ever heard, as he hated having his early stories republished without permission. The stories included are “The Young Folks,” “Go See Eddie,” and “Once A Week Won’t Kill You,” which were originally featured in magazines many decades ago. You can find J.D. Salinger: Three Early Stories (it includes illustrations!) here, Catcher in the Rye obsessives! 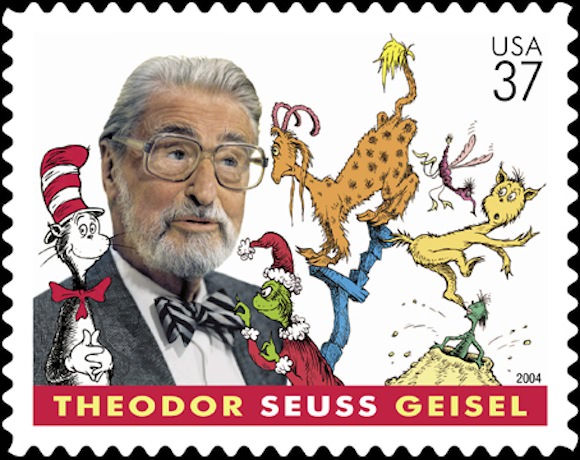 On a similar note, Random House Kids plans to release a collection of “forgotten” Dr. Seuss stories. The book is called Horton and the Kwuggerbug and More Lost Stories, and the works included expand on classic characters like Horton and the Grinch. I’m betting this will partially change the childhood I thought I knew, and I couldn’t be more excited about it. 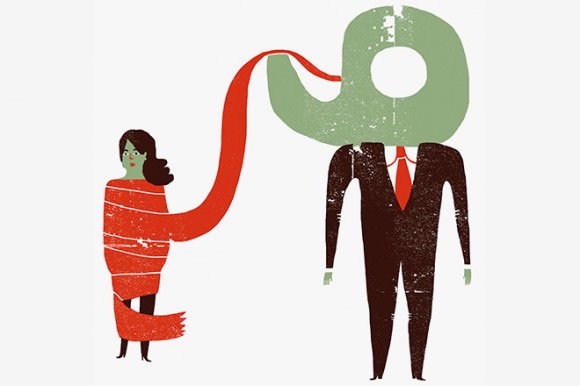 Illustration by Oivind Hovland/Getty via Wired.

Wired took an interesting look at women in tech and outlined the trials and tribulations of getting their ideas funded, including discrimination and sexual advances from male investors. One man is described as saying he doesn’t fund women solely because of “the way women think.” This is yet another example of the gender divide that women in technological fields face, but I can only hope as more women speak out against this blatant sexism, there will be more of a push for change.
Estelle 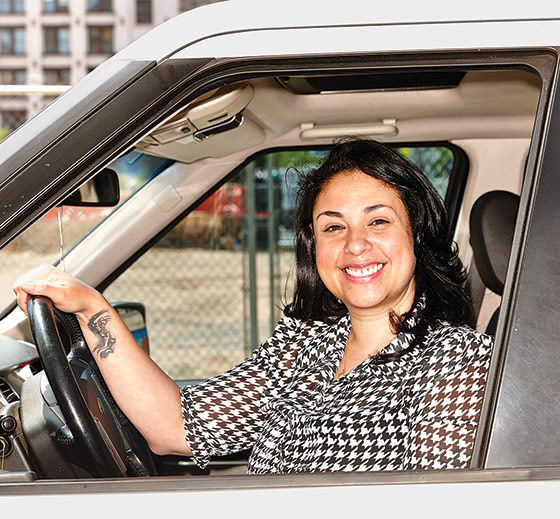 My female friends and I don’t always feel safe in taxis or on public transportation. It’s awful, because we shouldn’t expect to be harassed or attacked, but it does happen. That’s why I loved this series of profiles on female Uber drivers in New York City. One of the benefits of Uber is that drivers and passengers are identified in the app, so if a user feels unsafe or like they’ve been treated badly, there’s a way to track the offender down. It’s cool to see these drivers performing an important job well. 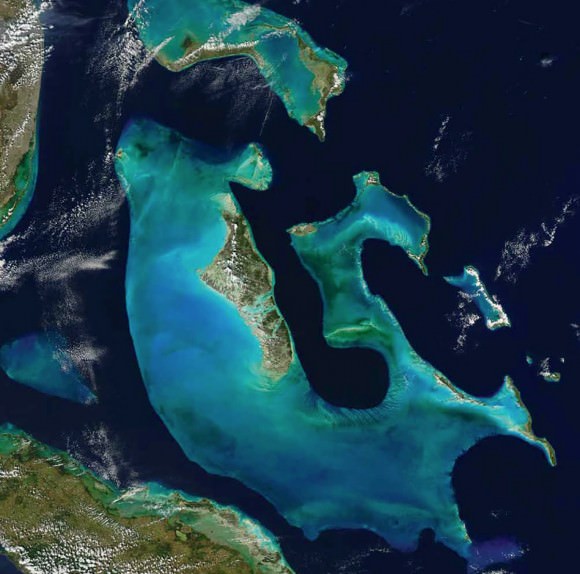 Aerial photo of the Bahamas by NASA via NewScientist.

Scientists think that bacteria may have created the Bahamas. The theory is that little dudes called photosynthetic cyanobacteria fed on dust blown all the way from the Sahara to create the carbonate that makes up coral. This makes me feel so lazy. They’re just tiny little critters and I’m a whole live person! Sigh. I guess I’ll go put some pants on.
Naomi

A “mysterious woman in black” is walking across America by herself and no one knows why. It’s not often that when a new story gets traction, its subject refuses to speak to any type of media. People just watch by the side of the road, occasionally applaud, and are touched by seeing a single woman on this pilgrimage, even though we don’t know why she’s on it.
Arabelle 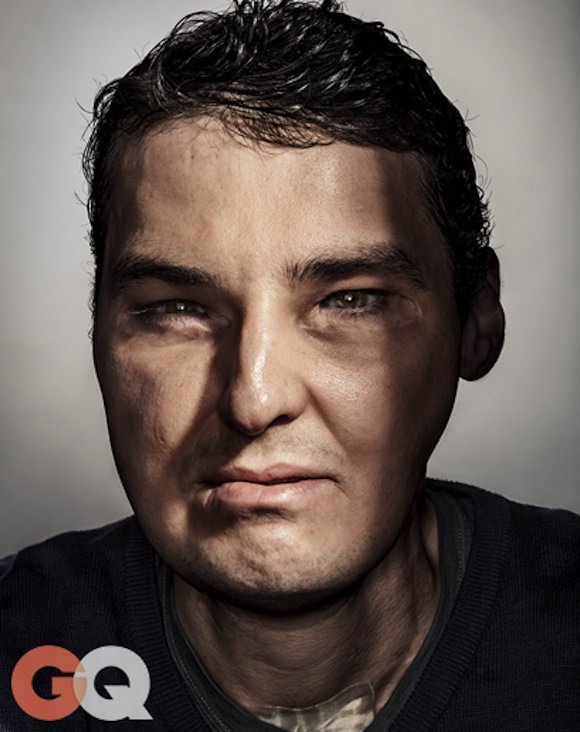 Photo of Richard Norris by Dan Winters for GQ.

I’ve been reading this story about Richard Norris, the recipient of a “miraculous” face transplant, bit by bit over the past few days because I don’t entirely want to finish it. I love longform reported profiles, and this one is marvelously done.
Britney F.

Primus is releasing a new album that will be a warped remake of the music from Willy Wonka and the Chocolate Factory. They’ve shared one song so far, “Pure Imagination,” which is proof of how amazing the rest of the album will be.

Fellow grunge fans! This compilation of early ’90s music videos done in 8-bit style, including ones from the Melvins and Alice in Chains, is ideal. 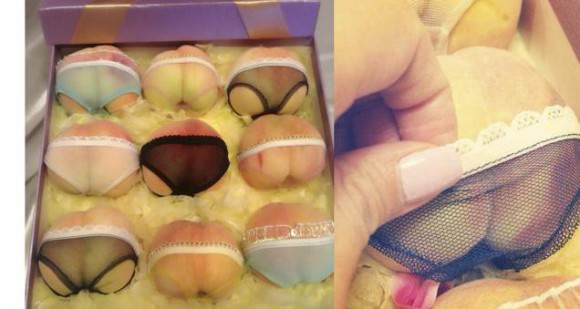 Photo by Liu Xin for Eastday via Kotaku.

I am obsessed with these butt peaches. ♦