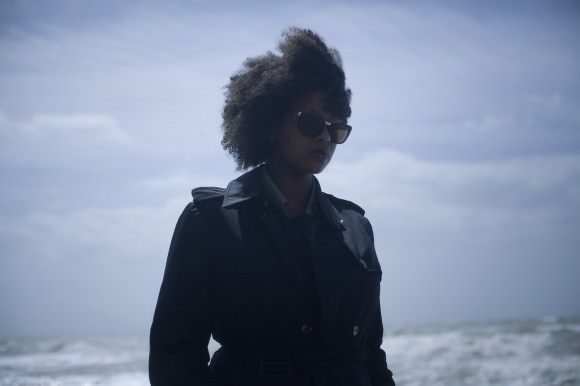 Mirel Wagner has been writing and performing music since she was 16, kicking around in Espoo, Finland, where she was raised. Her second album, When the Cellar Children See the Light of Day, comes out tomorrow on Sub Pop, and the beautiful, moody video for one of its tracks, “The Dirt,” is Mirel’s directorial debut, which we’re proud as hell to be the first to show you:

I called Mirel up recently to talk about directing, horror movies, and why we should all watch Alien.

ANNE T. DONAHUE: You co-directed this video [with Aki Roukala]. Had directing always been in the back of your mind?

MIREL WAGNER: Not particularly. But I wrote this song, and I have such a huge connection with the song, so I had all these visions and ideas that I included in the music video. But when you work with other people, it can become difficult when they have their own vision that doesn’t support that song. Sometimes it feels like I just can’t abandon the song and [leave it] with somebody else’s vision. That can happen, where the song gets messed and the story gets messed.

Are you going to direct more of your own videos?

I don’t know! I found directing very, very fun and very nice, but I don’t know. It depends on if you can find the right people, who have the same kind of vision, and share your vision with them. I’d have no problem with other people directing [in that case], but anyway, yes, I’d like to direct more music videos.

Are there any current directors you look up to?

I like the works of Jane Campion, but there aren’t too many others.

What kind of movies did you like growing up?

I’ve been into horror movies for as long as I can remember. One that made a huge impression on me when I was small was Alien. It’s one of my horror and science fiction favorites. Sometimes I feel like those genres don’t get enough credit, because people just see the monsters and assume [the movie] is immature. For me, [horror and science fiction movies] have always been about people. They deal with dark issues like our fears and our inner demons—things that I find interesting.

Alien is one of the best movies ever in terms of having a strong female lead. You don’t really see movies like it anymore!

No, you don’t. That character made a huge impact on me when I was small.

Were you part of an art scene in Finland when you were a teenagers? Or did you just create things on your own, under a cloak of darkness?

There was definitely a cloak that I was underneath, singing my songs alone to no one. When I was growing up, I wasn’t really aware of anything—any scenes or anything like that—and I really wasn’t that interested. But then I started seeing people play, and I found out there was one open mic. That was pretty much [how I started].

Open mics sometimes get a bad rap, but they really breed a lot of creativity and interesting characters.

Yeah, I really liked it. It was once a month—and it’s still going on! A community developed around it, which was a very, very good thing, because it gave me a chance to play in front of a big audience. Without that, I would have found it very difficult to go on to play my own shows.

Do you enjoy touring, or does it stress you out?

You have to just try and make yourself as comfortable as you can. Don’t stress about things you can’t change. Traveling sucks for everyone, but on the other side, I get the chance to play my songs for people who want to hear them. ♦