A short story based on a very real time. 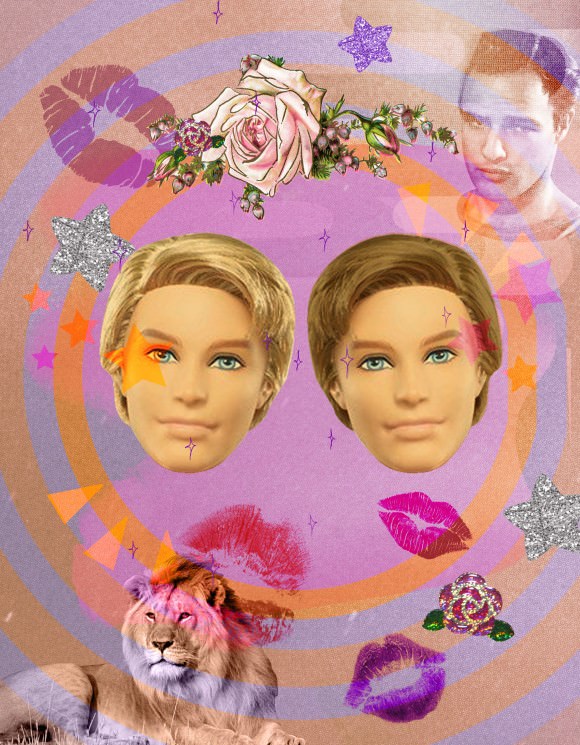 It’s July 1995 and I’m at summer camp for teenagers on a tiny college campus in New England. Very soon after my arrival, I realize that I’m in a magic place, where the normal rules of society do not apply. Whatever form I filled out for my dorm room preferences left a space for me to say whether or not I smoke, and I do, and so they’ve put me in a triple room in the girls’ smoking dorm. I am 15, the youngest in the dorm, and in heaven. The school is where some very famous contemporary authors matriculated, and the green, grassy air is electric.

I quickly find friends: B., my new soulmate, the daughter of a firefighter, with a creamy Irish complexion and a wonderfully wicked sense of humor; C., a dancer from Queens who sings Billie Holiday songs all night long when she can’t sleep; J., the coolest of the bunch, aloof and fashionable, all skin and bones and Marlboros. There are other girls, too: the daughter of a 1980s rock star, the first girl I ever met who’d had a breast reduction; the girl with enough Ritalin to share and who loves Hootie and the Blowfish because the songs remind her of her new boyfriend back home; the girl with the broken leg and the long black hair who likes Jeff Buckley as much as I do.

The girls’ smoking dorm is right next to the boys’ smoking dorm, and so we notice those boys first. We’ve all arrived at the same time, but somehow everyone (many of us are New Yorkers) already seems to know each other. I am the baby. We come up with code names for the boys we think are cute, and for the ones we don’t. One boy is called Busted Sofa because of a middle part that makes his head look like one. Another is called Spicy Poultry because he’s good-looking but in a generic, bland way. One boy is tall and smart and later in the summer will steal my father’s hat from a party at my parents’ house. Our favorites, though, our favorites, are a pair of fraternal twins who are, together and apart, so handsome and adult-looking that I am sure they are ageless vampires. Giving them nicknames would be like giving nicknames to the sun and the moon and so we don’t.

We are supposed to be taking classes and so we do. I take poetry and a Beat Generation lit class. I read “Howl” a thousand times. We stay up all night dancing in our dorm rooms, with each other and with the boys. We listen to Michael Jackson’s Off the Wall and Bruce Springsteen’s early records and I feel like I’m getting older every second of the day, but not fast enough. I want to be experienced and sophisticated, but I’m the baby, so I just keep my mouth shut as much as possible.

One of the twins is blond and one has brown hair. There are lots of rumors about both of them, and I believe them all. The blond one looks like a lion and the brunet looks like Marlon Brando at 18 and I find it hard to speak when I’m near them. When I finally meet the blond one, it’s like a scene in a movie, the kind of charged scene that makes you aware of every person sitting near you, and how they all have bodies, and what are bodies for but coming into contact with other bodies, you know? He is walking across the campus and I am sitting on a bench and he asks me for a light and, thank god, I have one. It is windy and it takes us several tries and I am blushing and dying on the inside, so sure that he is going to walk away and never speak to me again.

I only eat bagels with melted Muenster cheese on top, and shared orders of french fries. I take laxatives because I want to be skinny but what I don’t understand is that I am skinny already. I wear vintage corduroys that drag on the ground behind me, and polyester shirts. My skin is perfect. I have no idea on earth how to do anything except smoke cigarettes and write poems and so that’s what I do, all day long. I listen to my friends talk about their friends and lovers and take mental notes about how a person should be.

The closest I ever come to kissing one of the twins is near the end of camp. He has a girlfriend, a very cool, smart girl from Los Angeles, a girl I look up to because she is observant and funny, but when he pays attention to me, flirts with me, I can’t help but pay attention back. He says he wants to take a nap, and the thought of lying down next to him scares me almost as much as it excites me. We don’t fool around—we just spoon, and my heart is beating so fast that I think it will probably stop altogether. The girl comes to my room to look for him—she brings him a milkshake, and I realize that he knew all along that she would show up here. I am the baby, and I am a pawn. She calls him an asshole and he smirks and I know that we are never, ever going to fall in love, and we don’t. ♦