How to Win Any Argument

I actually did retain something I read in high school! 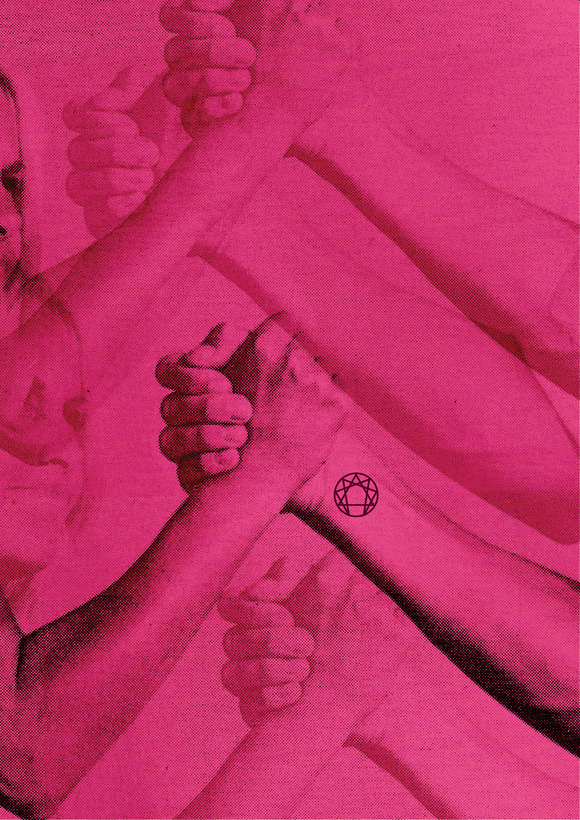 I like arguing. Not the screaming and shouting kind—what I enjoy is calmly, respectfully, and thoughtfully debating people whose opinions differ from mine. And if I can get them to change their minds and agree with me, that’s the most fun.

Some people can’t stand even the idea of arguing. I get that we all have different tolerances for conflict, but I also think a lot of these people are confusing arguing with fighting. To me, at least, a fight is yelling, screaming, Judge Judy, etc. Arguing, on the other hand, is presenting your point of view effectively in the face of an opposing one—which is just a basic skill you want to have in life. Whether you’re campaigning for class secretary or writing a college essay or taking issue with how someone treats you, what you’re essentially doing is trying to persuade another person to agree with you, or at least see your side of things.

This seems reasonable (hopefully), but it’s not always easy to express your opinions, especially unpopular ones—especially if you’re a girl, because you have probably been taught from a baby age to be quiet and agreeable and to downplay your successes. Many people seem threatened by women who are extremely confident in our abilities and unafraid of speaking our minds, so they try to shut us up, or get other people to hate us too, by calling us “shrill” or “strident” or “a bitch.” Whatever. Don’t even argue with such people—they’re not worth your time.

In 11th grade, we had to read this book called Thank You for Arguing, by Jay Heinrichs, for English class. I initially kind of brushed it off as bullshit (as I did with like 90 percent of the books that were forced on me in high school), but there were a lot of points in there that stuck with me. Even now, lo these three years later, I find myself reaching for some of the strategies I learned from ol’ Heinrichs. It turns out they work IRL, too, and not just in a tiny class debate.

Can you win every argument? Contrary to the title of this piece, no, you can’t, unless you’re a robot—though, actually, even robots occasionally lose. But there are ways to get all but the stubbornest of opponents to come around to your worldview and get on board your spaceship of awesomeness. Here are just a few of them. Use them whenever you find yourself in a Twitter fight, writing an essay, or just plain fucking pissed off at your little brother for whatever the hell he did this time.
1. Fight fair.

“To win a deliberative argument, don’t try to outscore your opponent,” Heinrichs writes in his book. “Try instead to get your way.” Basically, arguing with someone effectively doesn’t mean trying to SLAM DOWN everything they think or say. Insulting someone’s intelligence just because they disagree with you will not only hurt their feelings, but you’ll probably both come out of the argument feeling less understood than when it started. The best way to avoid this outcome is to listen to them and don’t assume the reason they disagree with you is that they’re stupid, or JUST WRONG. Your goal isn’t to make them feel mad, dumb, or smart—it’s to help them absorb and understand your point. Keep your eye on that ball.
2. Balance thoughts and feelings.

Facts are important. So are people’s feelings, yours included. A really good argument considers both.

In the real world, you’re not necessarily going to throw down a bunch of paperwork and statistics in front of your parents about, say, the lifelong benefits of childhood puppy ownership. At the same time, “I reaaaaalllllly want it” is not the most persuasive argument. Before you talk to them, think about what their disagreements might be, and have some facts at the ready to counter each one. It could be something as simple as “Hey, mom, I have a text from you from two weeks ago that says I can sleep over at Becky’s house tonight, but now you’re saying no. That seems unfair to me. Can we talk about it?” Or maybe you’re arguing with a classmate over the legalization of weed and they’ve got the health facts all wrong—wouldn’t you like to be able to prove that to them?

There are times, however, when facts and figures are totally ineffectual, and that is in the face of strong emotions. When someone you’re arguing with bursts into tears and is like, “Why do you hate me?!?!?” it will only fan the flames if you respond with “If you check the public record (aka Facebook), you will see that, actually, I have attended 83 percent of your parties in the past four years.”

I myself am a sensitive person who can quickly go, in the words of Drake, “0 to 100,” anger-wise, in the middle of what was previously a rational argument. This often works against me, especially if I start saying mean things instead of talking reason. But passion has its place, and that place is helping someone understand why you feel so strongly about a given subject.

Let’s take an example from my real (online) life! When it was announced last spring that someone wrote a new book about twee, a cutesy pop music genre that is dear to my heart, I perked up. Imagine my stinging disappointment, then, when the press release used the word twee as a catchall semi-pejorative, and included Rookie in its list of examples (alongside “artisanal pickles, food trucks, crocheted owls on Etsy, ukuleles, [and] kittens”). I will concede that this here website’s color palette does tend toward the pastel, and that our aesthetic is somewhat girlie (weird, for a website for girls), but that book’s author was trying to define us as part of a nonthreatening, cutesy aesthetic movement that fetishizes naïveté—even though we are a magazine, not a design scheme, and our content includes articles on BDSM, racism, mental illness, etc., as well as deeply felt paeans to glitter (we just like it, OK?). So, yeah, maybe I took this a bit personally and got defensive. But the whole idea of someone taking something I loved—twee, as in the genre—and misusing it against not just Rookie but so many other things (Sylvia Plath, Judy Blume, Girls, etc.) that can be complicated and thorny and dark in a decidedly unchildlike way, pissed me off. And it was this feeling, not the “facts” behind it, that I felt was important to communicate. So I wrote a curt but (I think understandably) frustrated blog post that asked is this writer was “fucking kidding me?” The many thoughtful responses that post received were proof that I had effectively argued my point.

Showing emotion doesn’t mean you’re weak or manipulative (two things people often accuse teenagers, especially the girl kind, of being). There’s no way someone’s gonna know how you feel about something unless you show/tell them, and if that’s going to help them get what you’re talking about, don’t hold back.
3. Argue an hour in their shoes.

“One way to get people to agree with you is to agree with them—tactically, that is,” Heinrich writes. “Agreeing up front doesn’t mean giving up your argument. Instead, use your opponent’s opinion to get what you want.” Get into their head, in other words. If you’re trying to persuade your introverted friend to go to a party with you, paint a picture of the night as a noncommittal experiment, not forced fun. E.g.: “I know parties can be kind of lousy sometimes, but if it seems annoying, we can totally just leave.” You anticipated that your friend was dreading another night stuck at some crowded nightmare of a party, and you assuaged that fear before she even had to express it.

Or what about arguing with your parents? Think about what would resonate most with them, not necessarily what’s most important to you. Here’s an ineffective argument: “But EVERYONE I KNOW has a tongue piercing!!” Instead, try: “Mom, dad, I understand that you disagree with me, but when you were my age, did your parents ever attack your personal choices in [clothing/friends/politics/etc.]? Well, remember what that felt like, because that’s how I feel now.” Assuming your parents were young once too, that statement might make more sense to them that the first version. One time a bouncer took away my fake ID at a music venue, and I got it back by using this trick. I dunno, maybe he was just easy, but he didn’t budge until I dramatically made prayer hands and did the “you were young once!” thing.
4. Redefine the argument in your terms.

I actually hate it when people do this to me, but, under certain conditions, it works. A lot of arguments get caught up in semantics. Like, maybe at the beginning of this article, you were like, “What?! There is no difference between an argument and a fight! Why would I read an article by someone who doesn’t even know what words mean?!” Then we could get in a 20-minute [insert you preferred term here] that went like:

And so on. Annoying! It doesn’t have to be so nitpicky and petty, though—when implemented carefully in the right contexts, it can help someone see things from a different perspective. Like so:

Alison: That girl is horrible because she’s a slut.
Katie: I don’t think being a slut is a bad thing to be, though.

Alison’s argument is basically stupid now because Katie totally redefined the word it hinged on. Now, if Alison wants to explain why this girl is so horrible, she’s going to need to be more specific. Another example:

My mom: Hazel, you’re being lazy, do your homework.
Me: I’m not being lazy, I’m just decompressing. Sometimes I need to decompress after school so I’ll have enough energy to do my homework later.

Wow, look how much better I seem now!

Is this tactic foolproof? Nah, but it’s a good tool to have in your arsenal.
5. Pick your battles.

Some arguments are just unwinnable, and it’s important to recognize those quickly, so you don’t waste your valuable time and energy. One surefire sign that you’ll never get through to someone is their ignoring the point of anything you’re saying and just calling you “dumb” or “wrong” or “naïve” no matter what you say. Another is if they just repeat the same shit over and over again, but more loudly each time. Get outta there! You deserve better.

You can’t actually win every argument, but that’s OK! Sometimes you’ll pull out of a conversation because you can tell it’s going nowhere. And sometimes the other person will change your opinion about something. They could help you see the world from their perspective, and your mind will be expanded—maybe even blown! Which—I take back what I said before—totally counts as a win. ♦