How to Make Your Own Deodorant

When I got to college, I was a bit dismayed to find I had to take a class on Shakespeare. I had nothing against the guy, and, just like everyone else who’s been to high school, I had read some of his plays: Hamlet, Romeo and Juliet, A Midsummer Night’s Dream—you know, the big ones. Those had been fine, but they had been enough. I figured college would be a time to move on from the Renaissance and read stuff written in the last century. But no. One of my first-year requirements was a survey of most of his stuff, including those big ones. We had to read two plays a week, every week! How was I going to get through this?

I’ll tell you how. I focused on one element in all his work—the thing I usually find most interesting in any movie, novel, TV show, etc.: the female characters. This is actually a really good technique to get yourself interested in any subject you’re not immediately keen on: Do you dread American history but love thinking about food? People have always had to eat, and food shows up in a therefore-not-surprising number of historical texts about the founding of the United States. Are you a hater of biology but an ardent animal-rights activist? Focus on learning more about how the insides of the animals you love work. Etc.

When I paid attention to the women in Shakespeare’s plays, I was shocked by how strong and complex they were—Hollywood should take note. Obviously, not all of his stories are what you’d call feminist, exactly (ever read Taming of the Shrew?), but there were so many examples of Mr. Shakes being way ahead of his time in terms of gender equality. Here, I present six of the coolest ladies in his plays. All of these women are brave, powerful, and wonderfully complicated. They’re basically the best part of Shakespeare’s entire body of work, and I am happy to introduce you to them!
1. Beatrice from Much Ado About Nothing 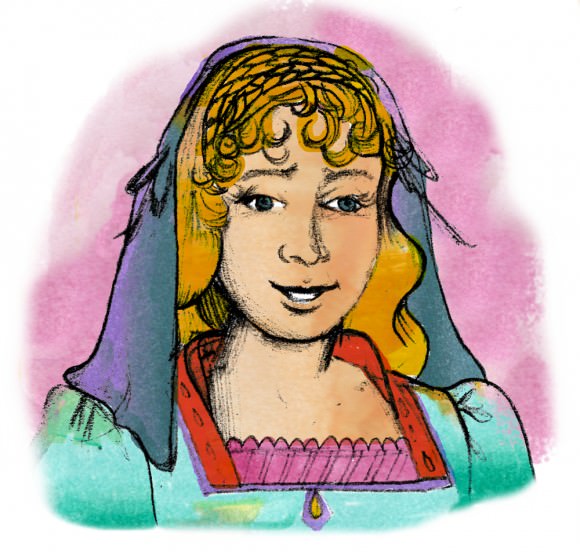 Beatrice is like your witty older sister who doesn’t take shit from anybody. At the beginning of Much Ado About Nothing, she declares, “I had rather hear my dog bark at a crow than a man swear he loves me.” But since this play is basically a 16th-century rom-com, she does eventually fall in love with a man. Before she and Benedick get together, though, we get to enjoy her sharp-tongued bantering, like in this scene, where she’s been sent to tell Benedick that dinner’s ready (it helps to know that a daw is a bird):

BENEDICK: You take pleasure, then, in the message?
BEATRICE:Yea, just so much as you may take upon a knife’s
point and choke a daw withal. 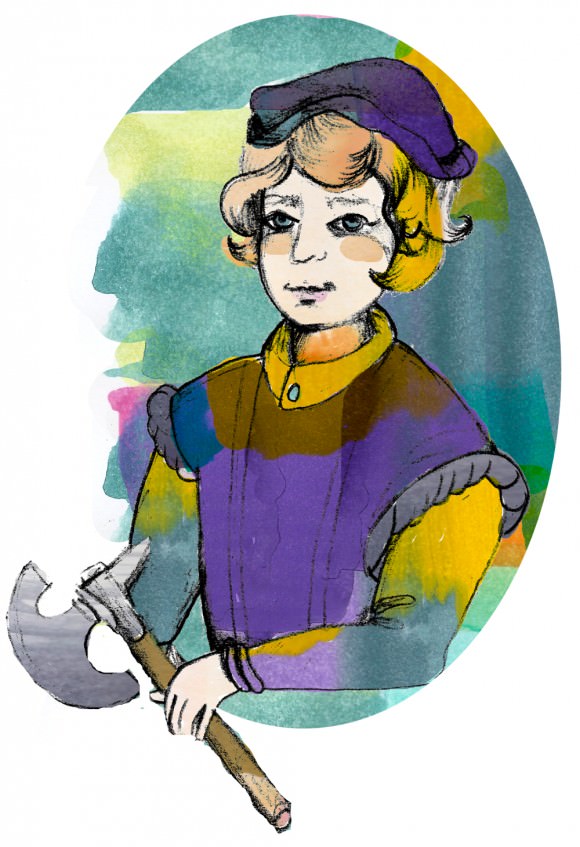 Rosalind escapes persecution in her kingdom and goes to live with her best friend in the woods (so jealous), where she takes on the disguise of a boy named Ganymede. Because this is a play, it takes like two minutes for Rosalind to run into Orlando, who is in love with her. He doesn’t recognize her, but confesses everything to “Ganymede,” who claims he can cure Orlando of his love by pretending to be Rosalind. This is obviously a ploy to get Orlando to kiss her, and it totally works! But my favorite part is when she schools Orlando on love and women. When he claims he’s going to die of a broken heart, she scoffs, “The poor world is almost six thousand years old, and in all this time there was not any man died […] in a love cause.” Spoiler: They do get together in the end, but Rosalind marries him in her man’s clothes, gender-bending to the end. (If all this weren’t confusing enough: in the 1500s, women didn’t act—so a boy would have been playing her all along!)
3. Juliet from Romeo and Juliet 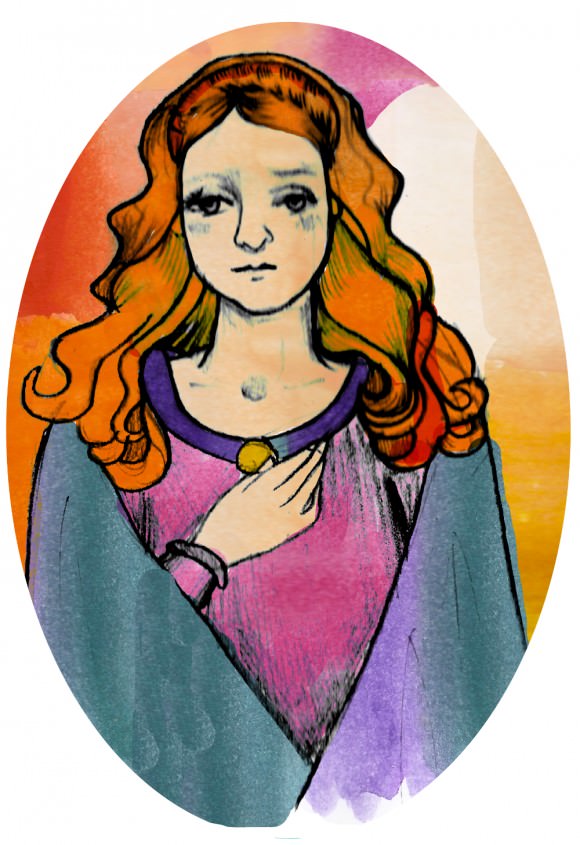 Whenever someone tries to summarize the plot of Romeo and Juliet, it sounds like a lurid tabloid story with the headline teens banned from dating, make good on suicide pact. But don’t worry, you guys: Juliet is here to save the play. Yeah, we know she kills herself for a guy—but she also does it to avoid a life (and a marriage) dictated by her parents’ wishes. Romeo is her way out—and when he isn’t, sadly, her only way out is death.

Juliet doesn’t exactly surrender immediately into Romeo’s arms. In that famous balcony scene, she chides him for being too quick to declare his love:

Well, do not swear. Although I joy in thee,
I have no joy of this contract to-night:
It is too rash, too unadvised, too sudden;
Too like the lightning, which doth cease to be
Ere one can say “It lightens.”

She’s worried he’s not taking their relationship seriously, and that he’ll soon change his mind…again: At the beginning of the play, he’s crying over someone Juliet’s cousin, Rosaline!

But what I love most about Juliet is her bravery. She fakes her own death, and waits in a tomb full of the corpses of her dead family members for Romeo to come find her. And let’s not forget how gutsy it was for her to defy her entire family by getting with Romeo in the first place.
4. Cordelia from King Lear 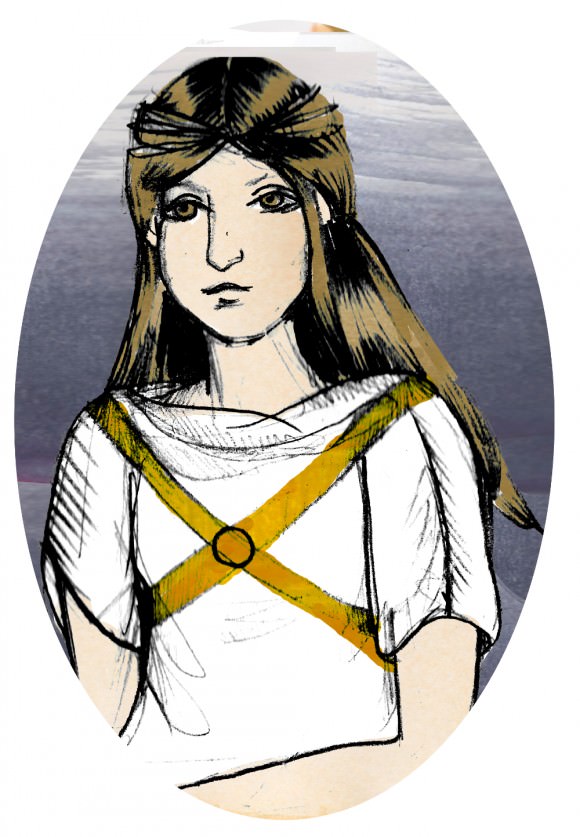 King Lear can’t see that Cordelia is his most loving daughter; he’s too distracted by her sisters, who are always sucking up to him to get a bigger chunk of his kingdom. Cordelia refuses to play that game: She would rather “love, and be silent” than pretend, she says, a stance that costs her her inheritance. Later, when Lear loses his mind, she’s the only one of his kids who has any sympathy for him (the others actually plot against him). Cordelia might be just a supporting player, but she shows more loyalty and character than anyone else in this drama.
5. Lady Macbeth and the Three Witches from Macbeth 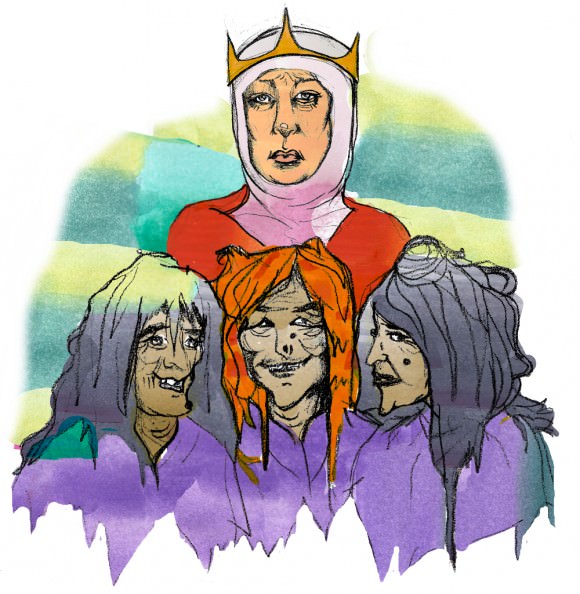 OK, so Lady Macbeth is pretty nasty—she basically intimidates and manipulates her husband into killing King Duncan and taking over his throne. But that’s pretty impressive—this character is POWERFUL. She’s also very human: Later in the play, she’s overwhelmed with guilt for what she’s done, and cries, “Here’s the smell of blood still: all the perfumes of Arabia will not sweeten this little hand. Oh, oh oh!”

Lady Macbeth is in cahoots with the Three Witches, aka the original Weird Sisters. (You know—the ones who chant, “Double, double toil and trouble, fire burn and cauldron bubble.”) Throughout the play, they either predict the future or MAKE IT HAPPEN. Either way, pretty freaking badass!
6. Cleopatra from Antony and Cleopatra 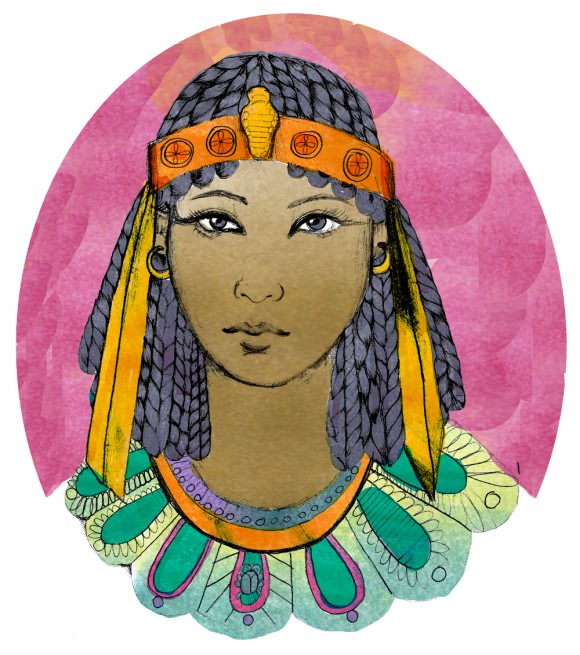 So far these gals have been clever, wise, brave, loyal, or powerful. Cleopatra is all of these things rolled into one queen. She is called a witch for her powers to charm men: She seduces, then gains power over, three Roman leaders, Caesar, Pompey, and Mark Antony. She uses love as a political ploy, to rule one country while creating lasting ties with another. When Mark Antony denounces her, she fakes her death to win him back. Unfortunately, he kills himself rather than live without her, poor dude.

In the end, Cleopatra kills herself too—but not for Antony. She’s being taken prisoner and would rather die in “a ditch in Egypt” than be a trophy for her Roman captors. So she puts a snake to her breast and lets it bite her, sealing her fate. Most of the men in the play call Cleopatra a slut, and say of Antony, “He hath given his empire up to a whore.” Yes, she uses her body in the political game—because she knows how valuable it is—but she has total control over it, and makes no qualms about enjoying sex. She’s a loyal queen, a passionate lover, and a powerful politician. (Which is probably why those guys were so pissed off.)

So there’s a Shakespeare lesson for you that’s even shorter than SparkNotes! Next time your teacher’s all like, “Blah blah blah Prince Hamlet is so COMPLEX,” you can be like, “Can we talk about Ophelia instead?” ♦