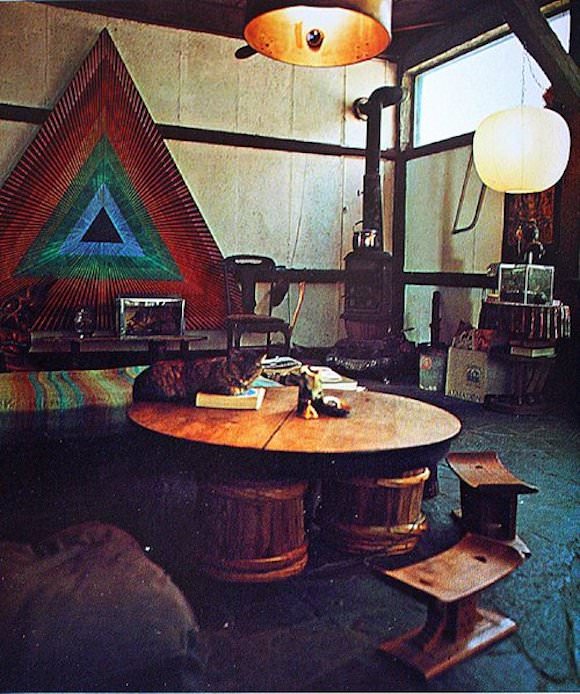 This month takes place somewhere that looks something like this.

Welcome to August’s theme, ENCHANTMENT. Here’s what I sent our staffers when we were trying to get our brains storming:

Summer witches and summer fairies. Cosmic vibes. The combined fairylike etherealness and witchy vindictiveness of Speak Now–era Taylor Swift and Stevie Nicks. First Aid Kit. Erykah Badu. Cat Power. But NO HIPPIES because I just listened to an interview with a Charles Manson biographer and can’t stop thinking about when he said the ’60s were really only good for like two people, for like three hours.

One of my very favorite books of all time is Random Family by Adrian Nicole LeBlanc (who is maybe my favorite nonfiction writer?). She spent 11 years practically living with one family in a poor neighborhood in the Bronx, getting to know them and writing about everything they went through during those years and thinking about how each thing that happened to them affected everything and everyone else. If you have not read this book, you should do so! It is a real masterpiece. Anyway, it starts like this:

Jessica lived on Tremont Avenue, on one of the poorer blocks in a very poor section of the Bronx. She dressed even to go to the store. Chance was opportunity in the ghetto, and you had to be prepared for anything. She didn’t have much of a wardrobe, but she was resourceful with what she had—her sister’s Lee jeans, her best friend’s earrings, her mother’s T-shirts and perfume. Her appearance on the streets in her neighborhood usually caused a stir. A 16-year-old Puerto Rican girl with bright hazel eyes, a huge, inviting smile, and a voluptuous shape, she radiated intimacy wherever she went. You could be talking to her in the middle of the bustle of Tremont and feel as if lovers’ confidences were being exchanged beneath a tent of sheets. Guys in cars offered rides. Grown men got stupid. Women pursed their lips. Boys made promises they could not keep.

The New Yorker interviewed LeBlanc about the book last year, because it was 10 years since it was first published, and they asked her about that passage, and she said this:

I’d met Jessica in the courthouse and in one of her apartments, but my most vivid memory of my early time with her was on the street. We’d gone to visit [her boyfriend] at the Metropolitan Correctional Center, where she had charmed her way through the relentless intake process, and she and I shared a meal in Little Italy afterwards—courtesy of the restaurant. This struck me then—as it does now—as significant: a free meal offered by a Little Italy tourist trap. Men offered her whatever they had on hand—food, compliments, invitations, promises. She was a knockout and she knew how to deploy her beauty; part of the deployment was sharing her pleasure in it.

We’d walked to the restaurant, and she literally did cause a stir on the street. I’d never been that close to the power of beauty. She was changing the environment around her. Young women elicit such responses, and despite all the obvious complications, not many manage their sexual power when they are so young, and fewer still seem to enjoy it. Following Jessica out of the prison as we made our way to Little Italy was a little like being behind Moses as he parted the Red Sea.

I don’t believe in “magic,” as in supernatural forces at work in the world, but I’m interested in the ways that certain qualities or skills or what have you are talked about as though they are dark magicks. It’s interesting to me that these black arts are mostly ones associated with women, the so-called feminine arts: beauty, glamour, style. These things are looked at as not just artifice but as some kind of unfair advantage, like superpowers. Jessica’s charisma and beauty in that book is totally a superpower: It gets her free meals and literally “changes the environment.” It makes people unable to think straight.

Even though I’ve been doing plays since I was little, I have never matured out of feeling stupidly flattered when someone has a nice note not about character development or acting choices but, like, stage presence and charisma. Sad/dumb, right? I think it’s because this quality we are discussing feels like the closest humans can come to MAGIC, especially as someone who has not felt like a charming actress ingénue gal so much as like a writer who terminates most social interactions before they have the chance to become uncomfortable. This totally translated to high school once I started wanting to be pretty and receive male attention, and thankfully I was informed of the dangers of girl hate, but I couldn’t help but feel convinced that it was Other Girls who were enchanting, who were engaging, who knew how to strike the perfect balance between mysterious and vulnerable. Now I know that everything is a stereotype and a construct and I do whatever I want and love myself and feel like a badass. I also know that Other Girls usually feel the same way I do, overshadowed by someone else, or at least by the expectations of who they are that people like me perpetuate. I know I am the Other Girl to a few people. But this mindtrap is practically hardwired into the pop cultural experience of high school, and this Ellen Willis essay is great at debunking it.